From Michael White on March 1, 2013 @ SH 3, Manawatu, New Zealand. Comet Pan-STARRS setting on the south-western horizon in the Manuwatu skies. Crops in the foreground illuminated by the nearby highway lights. Nucleus naked eye visible and the tail could just be seen with averted vision. Taken with a Canon EOS7D, EF-S 17-55 @55mm, ISO 2000, F3.2, 6 sec . 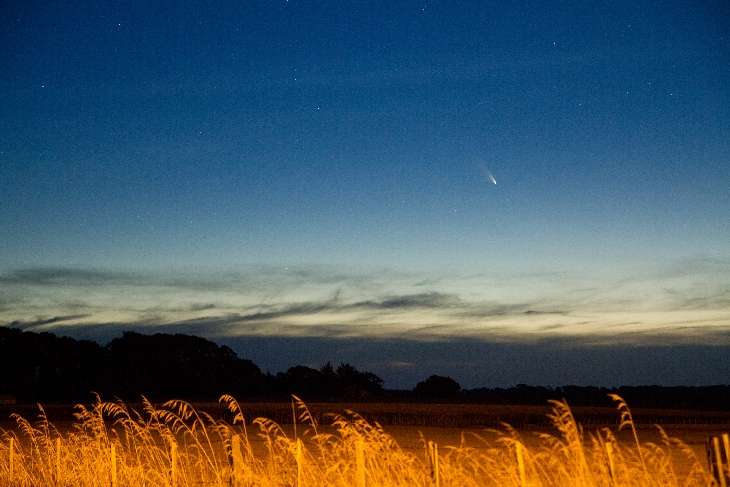 Taken by Minoru Yoneto on March 2, 2013 @ Queenstown, New Zealand. The three tail seems to have grown up steadily. I think its a splendid appearance before passing the perihelion.
Taken with a Canon EOS Kiss X2 SEO-SP2, BORG77ED2+ED REDUCER F4DG, ISO1600, 120sec 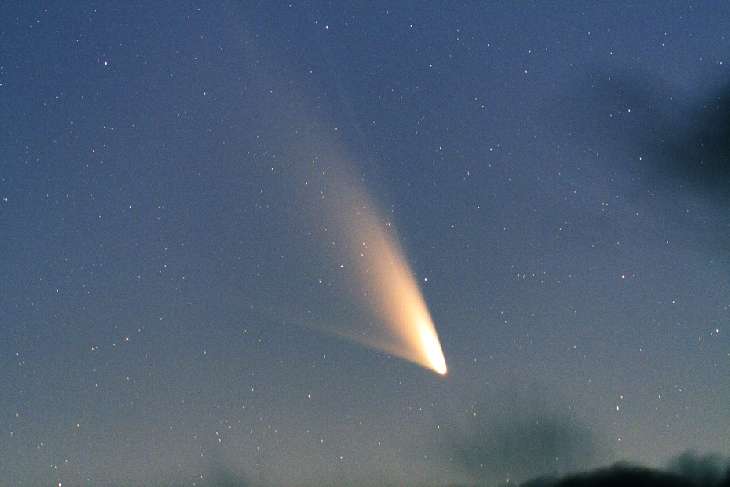 The promising comet is already visible on 14" telescopes:

My favorite is this beautiful green comet, visible by naked eyes: 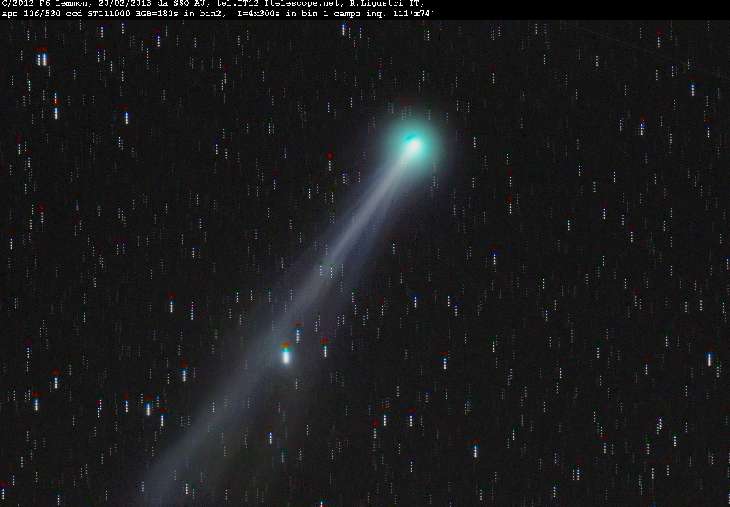 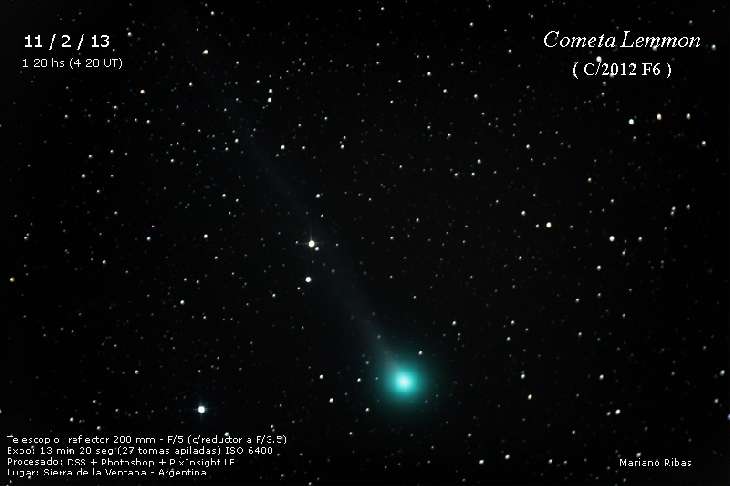 And the best for the end: two comets in one shoot! Still from James Tse, comet Lemmon at the top left and comet PanSTARRS at the bottom right: 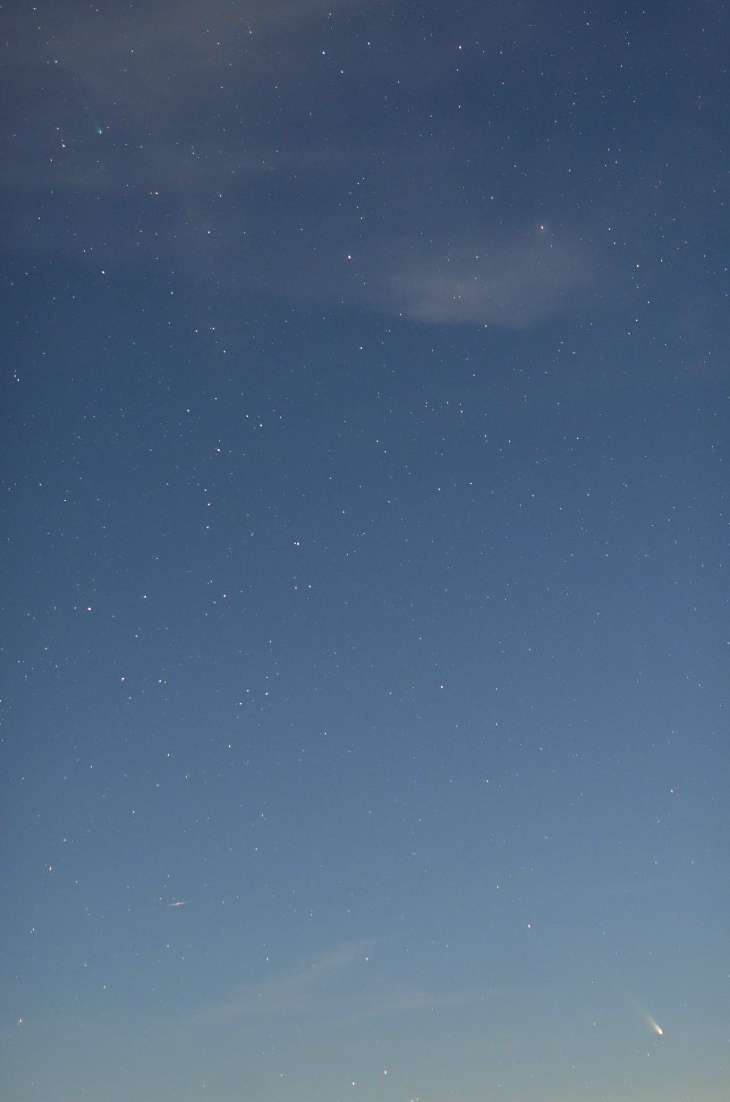 There will be more to come in the next few months

Thankyou for brightening up my day!

By the way, does the greenish illuminated tail indicate a presence of ionized copper atoms ?

The electric universe crowd will be pleased as well, because mainstream physicists will have a hard time explaining water evaporating at this scale, given the distance to the sun.

posted on Mar, 4 2013 @ 04:41 AM
link
Wow, thanks for the amazing pictures! I'm hoping ISON does what they think it's going to do. That would be one amazing show! Seeing these comets makes me anticipate ISON even more.

posted on Mar, 4 2013 @ 04:44 AM
link
Thanks for the reminder! I'm in Australia and I think I might be able to see it around abouts now! (SW from memory?). My backyard limits horizon views. I'll go take a squiz now *fingers crossed*

edit.
awww
I'm probably an hour or two too late tonight, also I will need to try and find an elevated position to watch from.
edit on 4-3-2013 by Qumulys because: (no reason given)

Personal Disclosure: OL is reminded of the astounding pictures my uncle Byron took of Comet McNaught with an IR filter that I posted to a thread many yrs ago and I link that post here for my fellow members veiwing pleasure ...

Please note I have not embedded them in this thread out of respect as both the pictures and the comet they are taken off are way out of date.

posted on Mar, 4 2013 @ 04:59 AM
link
Thank you for sharing. The comet will begin to be visible in the Northern Hemisphere in a few days. The green ionization trail could be due to a number of elements, probably oxygen and nitrogen in this case.

posted on Mar, 4 2013 @ 05:43 AM
link
You know the old British saying: you wait for one bus for ages, and then three come together. This seems to be happening with comets right now.

Amazing pics, thanks for sharing. Comet PANSTARRS will soon appear for the northern hemisphere viewers in the west after sunset. earthsky.org...

Originally posted by DJW001
Thank you for sharing. The comet will begin to be visible in the Northern Hemisphere in a few days. The green ionization trail could be due to a number of elements, probably oxygen and nitrogen in this case.

Nitrogen, when ionized, gives off basically "electric" blue to purple to violet emission. Oxygen would be responsible for green. Just pointing out about those two you mentioned... Learned that while observing Aurora Borealis and finding out about their coloration, which i happen to do each season.
edit on 4-3-2013 by Lithops because: (no reason given)


Thank you for letting us know, I was just about to ask about that.

posted on Mar, 4 2013 @ 12:45 PM
link
If you do anything this year buy a telescope! I guarantee you wont be able to buy one anywhere if this stuff keeps happening.

posted on Mar, 4 2013 @ 01:42 PM
link
I specifically bought a camera mount for my telescope for this! I cannot wait to get some shots!

Coolest thing is that it should start to be seen here on a very special day for me! YAY!


Thank you so much for these pictures. I don't have a scope and would not have seen these without your efforts. Please post more if you can. I will sure be looking forward to them.

I hope more pictures will be posted here.


SnF & thanks for the well presented updates

Originally posted by magma
How cool is that..... Can't wait to see more comets...

Thankyou for brightening up my day!

That's a great pun! Beautiful photography...could give NASA a run for their money!

posted on Mar, 4 2013 @ 08:52 PM
link
Three more days until I finally get to see this! It feels like I've been waiting forever for it to arrive, I'm so excited. There's suppose to be a snowstorm blow through tomorrow and the next day but hoping for clear skies come the night that its predicted first appearance up here is!

posted on Mar, 5 2013 @ 02:29 AM
link
Exactly how many comets are gonna be visible this year?! I heard of the coming Ison, but that's about it. When are the best expected viewing periods overall supposed to be?