page: 1
30
log in
join
share:
RooskiZombi
+13 more
posted on Mar, 2 2013 @ 11:32 PM
link
Stumbled upon this while browsing out of boredom, and did not find a similar thread yet via search so here's hoping you guys enjoy this as much as I did!

1) A 'tulip' with a digestive system

Siphusauctum gregarium, a 500-million-year-old filter feeder, was the length of a dinner knife with a bulbous "head" containing a feeding system and a bizarre gut. Instead of filtering water past its feeders externally, S. gregarium appears to have pumped water through its tuliplike head, capturing any food particles that passed through, study researcher Lorna O'Brien of the Royal Ontario Museum in Canada told LiveScience. Scientists aren't sure where this unusual creature fits into the evolutionary tree.

Some 200 million years ago, a leech secreted a slimy cocoon under water or on a wet leaf, and a tiny animal the width of just a few human hairs attached itself to the new cocoon.This bizarre little creature clung on with its springlike tail, becoming rapidly trapped and engulfed by the cocoon. The unusual circumstances resulted in something almost unheard of: the complete preservation of a soft-bodied animal with no hard bones to fossilize.


Scientists say the microscopic creature looks like it might come from the genus Vorticella. Its secret talent is coiling and uncoiling its springy stalk at a speed of 3.1 inches (8 centimeters) per second, the equivalent of a human getting across three football fields in that amount of time.

This year, researchers studying the adorable gray mouse lemur (Microcebus murinus) in Madagascar came across a grisly scene: a male of the species feasting on the flesh of a dead female.


Although other primates (including humans) have been known to practice cannibalism, scientists had never before seen a gray mouse lemur so much as eat another mammal, according to ScienceNow, which reported the creepy meal. Scientists documented the case in the American Journal of Primatology.

File this under "Things You Don't Want to Step on With Bare Feet:" A white millipede that manages to cram 750 wiggly legs onto its 0.4- to 1.2-inch (1- to 3-centimeter)-long body


Illacme plenipes is the world-record holder for "leggiest creature." It's found, bizarrely, in only a 1.7 square mile (4.5 square kilometer) area in northern California — doubly odd, because the creature's closest living relative calls South Africa home. The millipedes may have spread out across the globe when most of the land on Earth was part of one supercontinent, Pangaea. When the supercontinent broke apart 200 million years ago, the relatives could have been separated, explaining the long-lost connection.

"Predator X," a giant marine reptile that was the top predator of the seas 150 million years ago, finally got its scientific name this year.


Pliosaurus funkei, as it is now properly known, was 40 feet (12 meters) long with a 6.5-foot (2 m)-long skull."They had teeth that would have made a T. rex whimper," study researcher Patrick Druckenmiller, a paleontologist at the University of Alaska Museum, told LiveScience

In October, eight snakes with tentacles were born at the Smithsonian's National Zoo.


Zoo staff had been trying to breed the rare aquatic snake Erpeton tentaculatus for four years before success. These bizarre Southeast Asian serpents are the only snakes with two little tentacles on their snouts. These tentacles act like whiskers to help the snakes sense vibrations from swimming fish.

Researchers in Vietnam's Mekong Delta reported the discovery of a fish with a penis on its head this August.Yep, a penis. And it's not just any penis — the organ includes a jagged hook for grabbing females during sex.


The species is named Phallostethus cuulong and is one of few fish that fertilizes eggs inside the female's body rather than outside. The nasty-looking hook appendage seems to have evolved to ensure the male's sperm get to the right place.

It looks like a harp or a delicate candelabra, but beware to any crustacean that gets too close: The so-called "harp sponge" will snare and slowly digest you before you know it. The sponges feed by clinging to muddy sediment on the ocean floor and letting ocean currents wash hapless tiny crustaceans into their harplike limbs. The candelabralike branches of the limbs may help maximize how many shrimplike critters these carnivorous sponges catch.


This truly bizarre creature had never been observed by human eyes before 2000, when a team from the Monterey Bay Research Aquarium Institute in California took a remotely operated submersible into 2-mile (3.5-km)-deep waters off the central California coast. They later captured two specimens of the animal, which is scientifically called Chondrocladia lyra, and took 10 more video observations, reporting their analysis of the new species in October in the journal Invertebrate Biology.


Mod Edit: External Source Tags Instructions – Please Review This Link.
edit on 3/3/2013 by ArMaP because: (no reason given)

This creature feeds off the bones of whales and other scavenged sea creatures … despite not having a mouth. This July, researchers at the Society for Experimental Biology's annual meeting announced that they'd figured out how this mouthless creature eats bone. It excretes acid.


The acids allow the worms to break down and absorb the bone, the researchers explained. But that's just the tip of the weirdness iceberg for these amazingly adapted worms. The females grow about an inch (3 cm) long, but males never grow larger than 1/20th of an inch (1 millimeter). They seem to live in the gelatinous tubes covering the females, serving no purpose but to fertilize her eggs

A sharp-snouted turtle found in China often submerges its head in puddles on dry land, a mystery given that these animals breathe air. Now, scientists say they've figured out why: The Chinese soft-shelled turtle (Pelodiscus sinensis) can essentially pee from its mouth.


The turtles excrete urea, the main component of urine, through the gills in their mouths, a talent previously seen only in fish, the scientists reported in October in the Journal of Experimental Biology. This may be an adaption to the turtles' salty environment. Because they can't get enough freshwater to wash urea out through their urine, they transport it through their gills and then rinse their urea-filled mouths out with saltwater. And you thought flossing was bad.

I was most interested in the Phallostethus Cuulong (doodle fish). It struck me as being quite similar to the sex organ of male livebearer fishes, known as a gonopodium. Check out the male guppies next time your in an aquarium and you can watch them thrust it forwards. Would not surprise me that there may be a link somewhere along the evolutionary tree.

I'm guessing the Guppy is most evolved... why? Because on the Phallostethus there's not just a sexual organ on its head, it also contains it's anus! Mmmmm tasty fish! 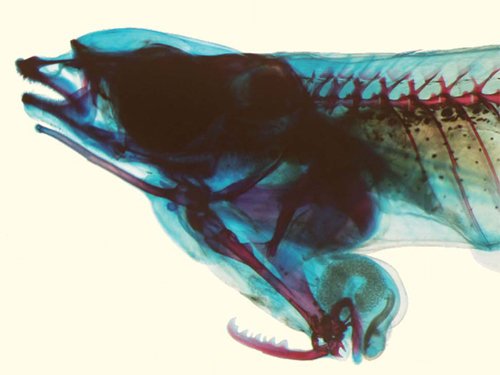 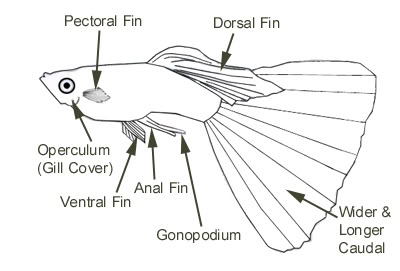 posted on Mar, 3 2013 @ 03:03 AM
link
Very very cool thread!
This is what makes ATS great!
Thanks for posting.
Though I'm completely revolted by the 'zombie worms' - thank you again for posting!
S&F!

posted on Mar, 3 2013 @ 02:48 PM
link
Cool and yet creepy at the same time. Could've also fit in with Fragile Earth, as there are so many natural unique beings here. Love how this site keeps me informed! S&F

posted on Mar, 3 2013 @ 04:33 PM
link
Great post!! I love posts like these that make you realise just how much of our own world we still have left to discover


The first two both look like vorticelloids. They are everywhere in ponds today, single cells with a ring of cilia around the top, springy stalks that contract and expand. They sometimes form colonies attached at the base of the stalk, the colonies being white, brain like looking structures up to several inches across. When one contracts, the entire colony contracts, so these "brains" occasionally squeeze up like a sponge and then expand every few minutes or in response to a disturbance in the water. You have to spend a lot of time in the woods and in front of a microscope to get on to such things.
edit on 3-3-2013 by cusanus because: (no reason given)

posted on Mar, 4 2013 @ 11:27 AM
link
Honestly a weird, but extremely intriquing thread. Makes you wonder what else is out there.

The other creatures are interesting. There are many supposedly vegetation eating creatures who will cannibalize (sp) when the opportunity presents itself. I don't think I'll eat any of my relatives. I've seen what they eat!