I mean if you think about it, Jay-Z (who blasphemously labeled himself Jay-Hova) didn't always use the Illuminati Pyramid symbol to identify with his record label. It didn't start until his Dynasty album came out. 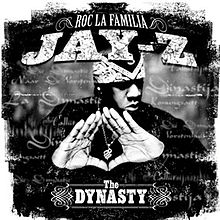 A few years later he hooked up with known Occultist Rick Rubin for a track on Jay-Z's "Black Album." The same Rick Rubin who directed the Johnny Cash's posthumous video "God's Gonna Cut You Down" which is filled with Occult and Illuminati symbolism, thus completely ruining the message of the song. 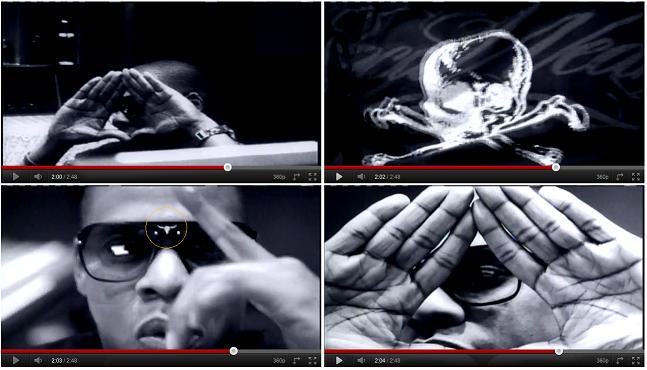 On the Fade to Black documentary DVD it shows him working with Rick in his studio. In this same documentary, Jay-Z first introduces the "Rain Man," a mode he gets into where he starts mumbling to himself until he comes up with lyrics. It's kind of like speaking in tongues, but based on Jay's lyrics and lifestyle and Satanic symbolism, it's clear that any inspiration does not come from the Holy Spirit but from Satan or some other demon.

This "Rain Man" is the same demonic entity referenced by other rappers such as Eminem and Lil Wayne, whom in his song "Got Money" references Rihanna's song "Umbrella" and says "Umbrella, ella ella." Now some could argue that both of them are merely imitating an echo effect. But a curious fact is the "ella ella" sounds a lot like "la elah" or "la ilah" which means "There is no God" in both Hebrew and Arabic, respectively.

Shortly after "The Black Album" Jay-Z became friends with Chris Martin and did a few collaborations with Coldplay. You can find images of Chris Martin doing Illuminati symbols like the All-Seeing Eye. There are also images of it on his guitars. 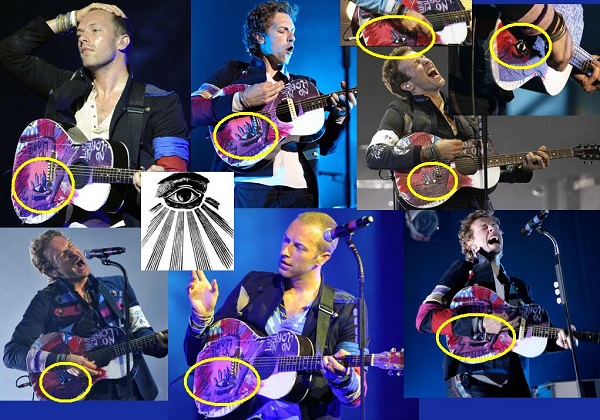 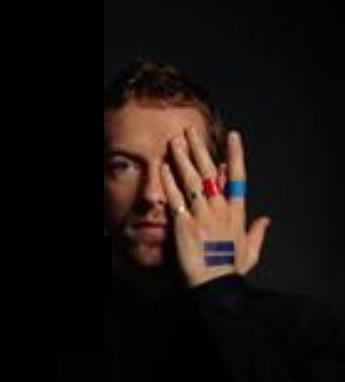 Another person Jay-Z collaborated with? Linkin Park. After they collaborated, they started working on their new album. They ended up going in a different creative direction and even changed their logo. This was due to some advice from their new executive producer. Who was this EP? None other than Rick Rubin.

And their changed logo? That's right. A pyramid. 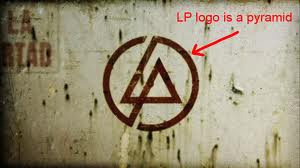 Jay-Z has collaborated with Eminem a few times. On the song "Rain Man" Eminem has admitted to being possessed by a devil and that his "new name" is Rain Man. Yep, the same Rain Man popping up again.

Soon thereafter Jay-Z and Lil Wayne did a long-awaited collaboration song. In fact they did a few. Pretty soon Lil Wayne started using the Satanic and Illuminati imagery such as the all-seeing eye and the triple-six hand gesture. 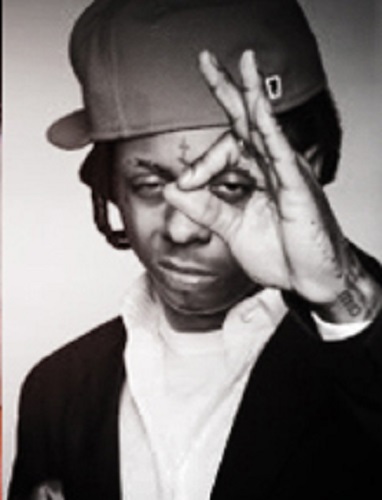 And who is Lil Wayne's protege? That's right. Ms. "Lunatics-Inside-Of-Me" herself, Nicki Minaj 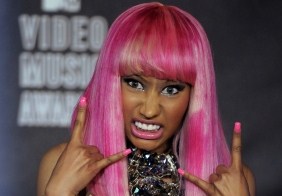 Lil Wayne has also done quite a few songs with Drake, whom we can see making the same triple-six hand gesture with the all-seeing eye. 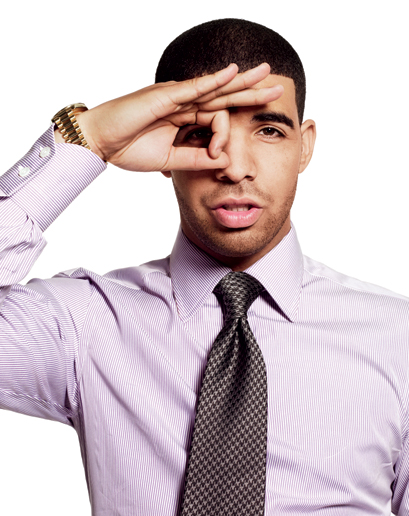 Jay-Z has been a long-time collaborator with Kanye West. He did a song with him and Rihanna called "Run This Town" that is filled with Illuminati symbolism. There's a picture of her on set throwing up devil horns (She can be seen in other videos and pictures doing such symbols as the all-seeing eye.) When the horns are held with your palm facing you, you are inviting Satan in. When you hold them up with palms facing out, you are casting him onto others. 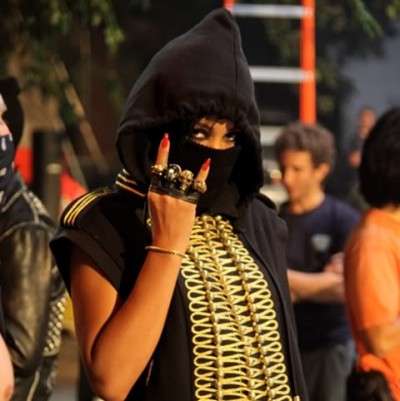 Jay-Z's wife Beyonce has collaborated with Illuminati puppet/darling and major Occult symbolist Lady Gaga on the song "Telephone" in which, in typical Lady Gaga fashion, she flashes the all-seeing eye and the triple-six hand gesture.

There was also talk earlier this year about a collaboration between Lady Gaga, Beyonce, and Rihanna

This is just a brief illustration of how interconnected they all are.

If there are any that I may be missing that are blatantly obvious, please share the info, images, whatever, on this thread. Let's see how much info on this we can get on one thread altogether. Let's see just how complex this gets.
edit on 1-3-2013 by LazarusTsiyr because: Added a few photos and more info


Can't look into this in depth now, but thanks for starting this new thread. Sorry for the short post, going to bed...

posted on Mar, 1 2013 @ 10:00 PM
link
Most of their symbolism is based on the interpretations of Alistair Crowley NOT the illuminati.

You have got to read a lot of material before you can really identify what each artist is involved in.

Also you should really be looking at who their producers are and what influences them. I would suggest checking out the guy who used to produce for the beasty boys for a start.

Or you could just post the info about Marilyn Manson being an ordained satanic priest. Also I am pretty sure Keisha is mixing Crowley and Lavey methodology, but these days I don't waste my time with them as the signs of the times are pretty clear so it seems better to get my house in order.

posted on Mar, 1 2013 @ 10:16 PM
link
I have to say lil wayne is the most blatant out of all of them. He really took off with this nonsense. From his hats,handsigns and freaky ass videos. But hey dude you forgot the queen bee of them all. Lady gaga.


Yeah, the Beasties producer is Rick Rubin. I mentioned him in the OP


Right. Well I didn't forget Lady Gaga. I was trying to show more of an interconnectedness between all of them. Does Gaga have any connection with any of them? Any collaborations or anything like that?


She did a song with Beyonce. Telephone or something stupid like that. Theres been quite of few videos on youtube of people breaking it down peice by piece.


Oh, tight! I'll see if I can find that info. If you find the video you mentioned, please post it. I'll add it to the OP! 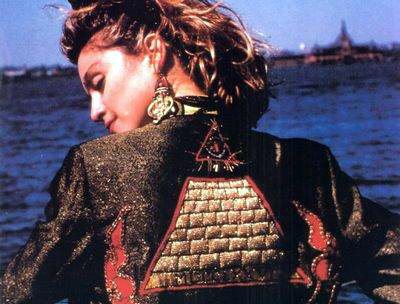 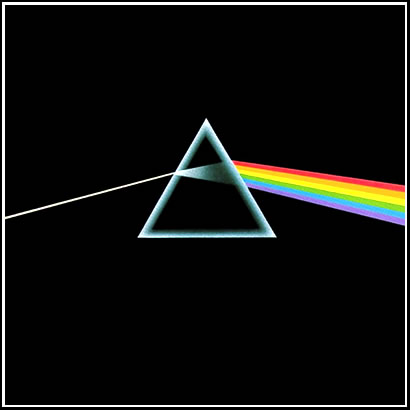 I could probably go on all day about this. But honestly i don't think there is anything to it... anymore.


Right. I'm looking more for a sense of how they are all interconnected

Guy Ritchie, Madonna's ex, might be a clue in the right direction. The tentacles extend into the movie industry, but I'm sure you're aware of this.
Great thread by the way!


They're not in it. They are puppets. Nowhere did I say in the OP that they are in the Illuminati. The only one who would even remotely have a chance is Jay-Z.

Now if you are asking why would the Illuminati use pop stars? Well we addressed that on a different thread. It's simple. Pop stars have a lot of influence with the younger generations.

But I never once stated that they are in the Illuminati. The Illuminati uses them as puppets to spread their message and symbols in their music and videos and photo shoots.

posted on Mar, 1 2013 @ 11:00 PM
link
Thanks OP for bringing this information about the blatant moral corruption thats rife in entertainment today. Its not new, but it nonetheless needs to be brought to others attention as much as possible. Actually, there was one thing you brought up that was new to me. It was you bringing up that Jay-Z's whole foray into the symbology stuff began when he teamed up with that Rick Rubin. That is a name that I've definitely been coming across more as I've been reading more into the secret society corruption in the music industry.

I remember well when Jay-Z began to get bigger and more mainstream in the late '90s and early 2000s. At that time, I was going through middle school and high school, so alot of the kids/teens then were really into him and he was everywhere, especially all over MTV on Total Request Live. I always wondered why people liked him so much. I never thought he was a particularly good rapper. Always seemed lame to me. Fast forward to the present day, when I'm older and a bit wiser to the world, and I can see why and how he's obtained such an insanely large, Pope-like status in the music industry, with cushy, rich lifestyle it brings. He's definitely made some devil deals to get where he is.

Finally, I'd like to leave off with this. About a day or two after the Super Bowl, a family member had the TV on Access Hollywood and, like everyone else on the boob tube, they were talking incessantly about Beyonces half-time performance. Billy Bush (whom, if i remember correctly, has relations to the Bush family) had brought up, briefly, that there was "buzz" about the trademark hand-gesture that Jay-Z uses in association with has label and how it had 'Illuminati' connections. The sole purpose of this brief segment was to denigrate the people who are bringing these nefarious and Satanic connections to light. It was explained away by reminding everyone that its "just her paying homage to her husband and his record label which is a diamond.", to which he ended by giving a mock shudder and grin. We all know him and their ilk are full of # and know damn well what theyre doing. It's clearly a pyramid hes making with that gesture, which regularly has him staring one eye through. If he wanted it to REALLY resemble a diamond, then he should be flipping that thing upside down so that the thumbs are at the top and the other 8 fingers are pointing down. They know the heat is on, and they're doing all they can to keep everyone looking in the direction they want them too.

Originally posted by LazarusTsiyr
reply to post by Afterthought


Too true!
I'm sure the same people overlap within the two industries. Maybe your next thread could outline this with a Venn Diagram.


Indeed. I love when they try to use the whole "The hand gesture is a symbol of his record label" line which is blatantly false. If it was the case, then he would have been doing it from the beginning. He wasn't. Go watch his old videos like "Can't Knock the Hustle" or "Dead Presidents" or "The City is Mine." Hell, it's not even in "Hard Knock Life" which was the song that really thrust him into the mainstream.

He never used that symbol until the Dynasty album.

In fact, MC Lyte's cover for her album "Bad As I Wanna B" has her flashing the symbol with it illustrating only one eye (how he does it now) and that album came out in August 1996. Jay-Z was not involved nor was it on Roc-A-Fella records. The album was released on EastWest and was produced by Jermaine Dupri.

If it was the symbol of Roc-A-Fella records, which also was founded in 1996, then Jay-Z could have sued her, Dupri, and EastWest Records for a copyright infringement.


Yes but who can we connect Guy Ritchie and Madonna with?

Originally posted by FriedBabelBroccoli
Also I am pretty sure Keisha is mixing Crowley and Lavey methodology, but these days I don't waste my time with them as the signs of the times are pretty clear so it seems better to get my house in order.

Indeed! And a little research has uncovered that Ke$sha (whose "Die Young" video is non-stop Illuminati and Satanic imagery) has worked with Nicki Minaj, so there's another connection