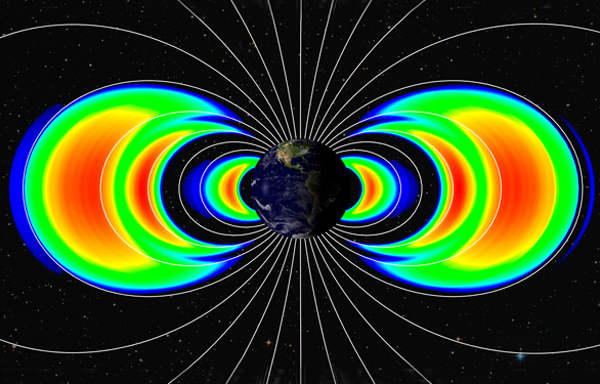 High above Earth’s surface float two rings of energetic charged particles, and for about four weeks in September, they were joined by a third. The temporary ring may have formed in response to a solar shock wave that passed by Earth, researchers report online February 28 in Science.

The discovery could force scientists to revisit decades of ideas about the structure of the Van Allen belts, donut-shaped rings of radiation trapped in orbit by the planet’s magnetic field. Those revisions could improve predictions of space weather and scientists’ understanding of the space environment near Earth, resulting in better protection for manned and unmanned spacecraft that navigate those areas.

“It's a very important discovery,” says Yuri Shprits of the University of California, Los Angeles...

What do you know. Here is a very interesting update on what we used to think we knew. It seems it is much more dynamic than previous thought. It's interesting how all these new discoveries are starting to flood in. Every year we learn more exponentially so it seems