JOHANNESBUG — The footage is shaky but unmistakable. A slender black man dressed in a red T-shirt, black pants and sneakers is tied to the back of a police truck. He kicks. He writhes. The vehicle pulls away, dragging the man behind it. Police officers run along with him. Cellphone cameras snap away. What did he do?” bystanders shouted.

“It was him who started it,” a police officer replied.

What exactly is happening is South Africa?? I tried to place myself as a close relative of this young man and asked myself what I would do if I saw a brother of mine hand cuffed to the back of a police car and dragged along the road for all to see. And to make matters worse, the put him in a cell and beat him to death.

It is surprising that the mob just stood there and did nothing. Who can blame them? these police fired upon unarmed miners last year and killed at least 30 people. (link here below)
www.nytimes.com...

[url=http://www.nytimes.com/2013/03/01/world/africa/outrage-in-south-africa-after-police-drag-man-behind-truck-and-he-dies.html?_r=0]www.nytimes.com[/ url]
(visit the link for the full news article)

Bascially it is showing the cops handcuffing the cab driver to the back of the truck with his hands over his head, face up, while the rest of his body is on the ground. the truck then moves dragging the guy with it. And this was not due to racism.

This kind of police butality is not uncommon as a similar incident occured at Oklahoma airport last year.
Airport security investigated over video of man being dragged face-down 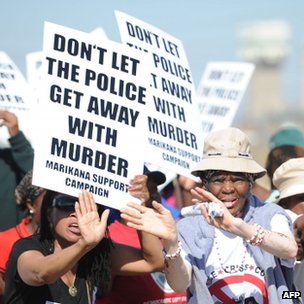 The shooting of at least 30 people that I described earlier is also suggesting that something might be amiss in South Africa.

A South African inquiry into the deaths of 44 people, including 34 miners shot dead by police, has been delayed to let lawyers consult the clients...
In all, 270 miners have been charged with the murder of their own colleagues under an apartheid-era "common purpose doctrine" law.

Its crazy, "its your fault if the cops kill you". Just unbelievable!
Picture Source 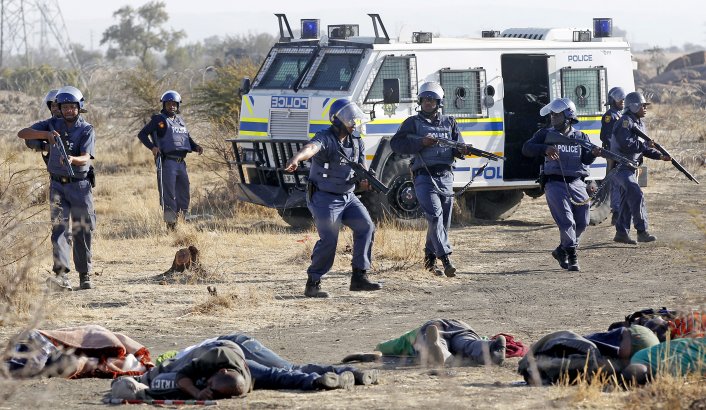 We Have A New Search Engine--Please Use It!