Another one! Beyonce' admits to being demon possessed.

page: 1
57
<<   2  3  4 >>
log in
join
share:
LazarusTsiyr
+37 more
posted on Feb, 28 2013 @ 10:39 AM
link
In a previous thread, I showed a video where part of the way through Nicki Minaj admitted to being demon possessed. This topic of course drew out the naysayers, skeptics, and deniers. One such person said that this is just what "artists" do. They invite fake personae. They then brought up Beyonce' Knowles "persona" Sasha Fierce. If anyone was gonna be demon possessed, it made sense to me that it would be the wife of upper echelon Illuminati puppet Jay-Z.

Now I was already familiar with the whole Sasha Fierce thing. You can see pictures of her as Sasha Fierce wearing shirts with the head of the demon Baphomet on it. 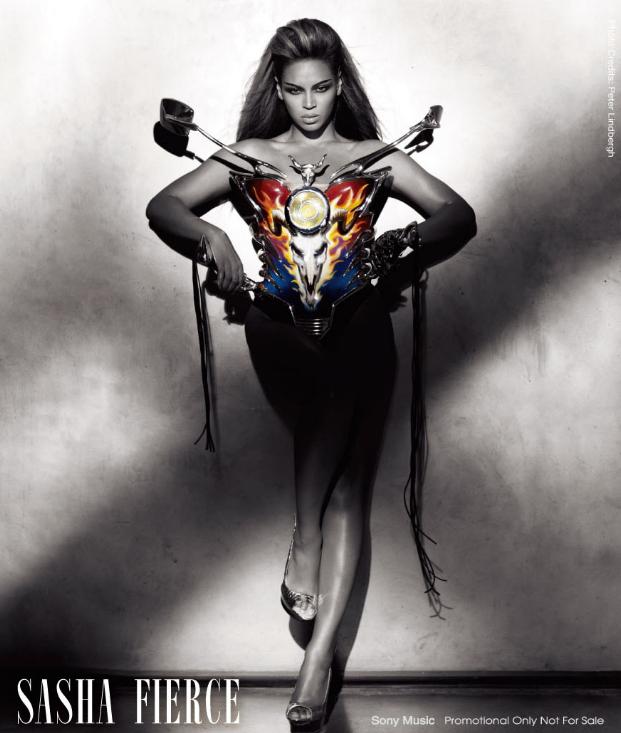 When this was brought up, I became curious if there was any video out there of her explaining Sasha Fierce. Was it just an invented persona or could it be another example of demon possession in the music industry. So i began doing some research into it. Shortly thereafter I discovered this video courtesy of Good Fight Ministries:

In the video, Beyonce' admits that the Sasha Fierce "lives in me." In another interview she admits to being kind of "shy" and "reserved" and that she is "nothing like Sasha." This mirrors almost the exact same thing that Nicki Minaj said about Roman, one of the many demons inside of her.

When Beyonce' is on stage "Sasha comes out" and "she's fearless." This also mirrors what Nicki said about Roman, that he is fearless.

Beyonce' then goes on to tell a story about how when she was on stage before a performance, she "raised [her] hands up, and it was kind of the first time [she] felt something come into [her]." Right there she is acknowledging that she openly admitted a demonic entity into her body.

Just watch the video. It's relatively short. It's only 11 minutes long.

Of course I know this will bring out the same naysayers as on the Nicki Minaj thread. And I'm sure they will say the same stuff about "metaphors" and "taking her too literally" or that she's only doing it for publicity. Some will even tell us we are stupid or crazy. For those who are preparing to do just that while reading this, you will be wasting your time. The only thing I ask is you take the time to watch the whole video.

But this post is for those who are interested in this topic and are seeking more information on demonic possession in the music industry. Hope this video opens your eyes further.
edit on 28-2-2013 by LazarusTsiyr because: (no reason given)

I could have told you that.

Its all right there. Take a look for yourself, does that look "normal" to you?


I just want to point out for the thousandth time that Baphomet is not a pagan deity worshiped by any culture around the world, but a perversion of Muhammad that was created by the Templar during the Inquisition to condemn heretics.
edit on 28-2-2013 by Openeye because: (no reason given)


It is blooming amazing so no it isn't normal. I can watch it all day
To the OP though do you remember all the Bible thumpers going on about D&D? reminds me of that.
Evewr heard of stage fright? a good way to combat this is to make a new persona which is strong fearless and brave thats what she means by this nothing more.
Demons
edit on 28-2-2013 by boymonkey74 because: (no reason given)


1) Wikipedia?
2) Even if this were the case they are still using this symbolism which has been identified with the Occult/Satanism for quite some time. It's just like the naysayers sit and claim that people in the music industry are just using this stuff to get fame and attention. Even if that's so they are still spreading this message to the youth. They are still making the Occult/Satanic look cool and popular.
3) Claiming Baphomet is a corruption of Muhammad/Mahomet is absurd. There's literally hardly any phonetic connection between the two.

ETA: Oh, and from your own "Wikipedia" link:

While modern scholars and the Oxford English Dictionary[28] state that the origin of the name Baphomet was a probable Old French version of "Mahomet",[13][23] alternative etymologies have also been proposed

It then goes on to list quite a few alternatives. So it's not absolute that it was based on Muhammad. And furthermore that excerpt also says "probable Old French version of Mahomet." It's only "probable." Not absolutely. So that's hardly a convincing case for your claim.
edit on 28-2-2013 by LazarusTsiyr because: (no reason given)

Or are Demons wanabe popstars?

Beyonce isnt the only strange one though. eminem has also said some freaky things

posted on Feb, 28 2013 @ 10:58 AM
link
lol, oh please. the triangle represents the Father, The Son and the holy spirit which is the music. Don't believe everything you see or hear. As above so below, God's will be done on earth as it is in heaven. The kingdom of heaven Is ushered in by the tribe of judah. Guess who judah represents in the Bible, the music. Love Beyonce and Jay-z.

Or are Demons wanabe popstars?


If i was a demon id rather be worshiped and not hated.


And there it is. As predicted in my OP, the first person to claim it's only "for publicity." Now who's gonna be the first to say that it's a metaphor or that we're taking it too literally?

Oh and in Eminem's song Rain Man he admits to being demon possessed. Next.
edit on 28-2-2013 by LazarusTsiyr because: (no reason given)

Just a reference source, use the links at the bottom of the article for further investigation.

No you are simply asserting that they are using occultist symbolism. And the only reason Baphomet is associated with the occult is because the name was revitalize by an occultist (Eliphas Levi).

Claiming Baphomet is a corruption of Muhammad/Mahomet is absurd. There's literally hardly any phonetic connection between the two.

That is because you are using the English language not the original Latin.

It first appeared in 11th and 12th century Latin and Provençal as a corruption of "Mahomet", the Latinisation of "Muhammad"

It then goes on to list quite a few alternatives. So it's not absolute that it was based on Muhammad. And furthermore that excerpt also says "probable Old French version of Mahomet." It's only "probable." Not absolutely. So that's hardly a convincing case for your claim.

Despite your claim that "probable" does not matter, the history shows that the Baphomet was a creation of the Templar used to condemn heretics. Do you deny the history?
edit on 28-2-2013 by Openeye because: (no reason given)


Sarcasm went right over your head. I was agreeing with you pft.


The Latin for Muhammad still sounds nothing like Baphomet. There's no B or PH sound. All you have is the "met."

No you are simply asserting that they are using occultist symbolism. And the only reason Baphomet is associated with the occult is because the name was revitalize by an occultist (Eliphas Levi).

Which means they are using Occult symbolism! And it existed prior to Levi.
edit on 28-2-2013 by LazarusTsiyr because: (no reason given)


Sarcasm went right over your head. I was agreeing with you pft.


Its also the main symbol for the church of Satan. Which is strange because beyonce's husband is obviously luciferian. But according to John Todd the two groups do get along.


Exactly. So despite Openeye's protestations everything I said is true.

posted on Feb, 28 2013 @ 11:14 AM
link
I actually anticipated your next thread.
Figured it would be on this very subject.
Looks like I was right.

This is an excellent subject and worthy of examination, in my opinion.
But, of course, there will be those who don't see it or understand what you see.
To even speak like that, is blasphemy coming from the mouth of a said "believer".
This person is supposedly a God-fearing individual who came from a righteous background.
She knows better, yet she goes on to say the very things that would have her revoked from any church.
Imagine if someone stepped onto holy ground and said these type of things?!
The preacher, or priest, would probably start an exorcism right away!
But if you convince your audience it's "all for show" and "nothing's wrong"...
Then they fall under the spell...the poor children don't even see the problems.
They only see their "idol" saying that having another spirit enter them is "normal".
Or "cool".

It's all too apparent, that these people/spirits want to influence the masses.
The more people are influenced, the less they see.


The greatest trick of all, was when Satan convinced the world he doesn't exist.