Is Our Universe a Series of Nested Bubbles?

Cosmos may be 'inherently unstable'

Of course the media plays up the dramatic headline, but this is the jist of what Fermi National Accelerator Laboratory theoretician Joseph Lykken had to say, which is that if the mass of the Higgs Boson particle is determined to be a specific number of (billion) electron volts, then it would be possible that a quantum fluctuation could cause a "bubble" with a lower energy state within our universe that would expand at the speed of light, effectively annihilating our universe while creating a new universe inside the new bubble.

I am not a physicist, but let's have some fun with this! ;-)

Let's just say that they did detect Higgs and let's just say that the particle nails the required mass necessary to make such a quantum fluctuation possible. And let's go further and say that such a bubble happened this morning while I was drinking my coffee and enjoying an English muffin with butter.

That's a lot of "ifs" but if it did happen we would effectively have a new universe, somewhere inside of our own. Just to make it simple, let's place the bubble in the center of our universe and assume it is expanding in all directions at the speed of light. One would assume that as the boundary of the bubble collided into the stars and galaxies of our own universe there might be some expenditure of energy, a bang or a explosion if you will.

Here's my five conjectures on this fascinating subject:

Conjecture #1
That may mean that the birth of our own universe may have been as a bubble inside another, older universe.

Conjecture #2
This would explain the "Big Bang" as having been not an explosion as it has been depicted, but rather as the sudden expansion of a vacuum with a somewhat lower energy profile of the surrounding universe, creating a new universe in an expanding bubble, and the Bang part of the equation being the collisions of that bubble with existing matter in the surrounding, parent universe.

Conjecture #3
If a new universe could be born as a bubble within our own, I don't know how fast our universe is expanding, but if it is anywhere near the speed of light, then that would mean that the new bubble would never reach the edges of our own universe as the two might be expanding at roughly the same speed. In other words our universe and the new universe would be an expanding bubble within an expanding bubble, the edges of which will never meet, they will expand forever.

Conjecture #5
If indeed our universe is a bubble within a larger, older, previously existing universe, then the patterns detected in the background radiationare not the ancient relics of the original explosive Big Bang, but are actually the current bang going on right now, murky smears of the stars and galaxies our universe is colliding with inside of our parent universe (rather like bugs smashed on a car windshield).

Well, that was fun!
I dedicate this theory to Don Ho.

is this a replacement for the big bang?

posted on Feb, 26 2013 @ 06:25 PM
link
It may be like a soda. The drink itself is massive energy, or "God" and the bubbles that infinitely appear are the multi-universes.

I don't think our universe is the only one though, I like to believe that it is always an infinite pattern to it.


Always enjoy your posts/threads very much

Originally posted by Hawking
reply to post by XPLodER


Always enjoy your posts/threads very much

i dont hide my bubble mania very well,
you have inspired me to post some more of my musings about the universe,

i would contend that the natural shape of the universe is "bubble shaped lenses"
in solar size, galaxy size and it would follow that the universe follows the same pattern, 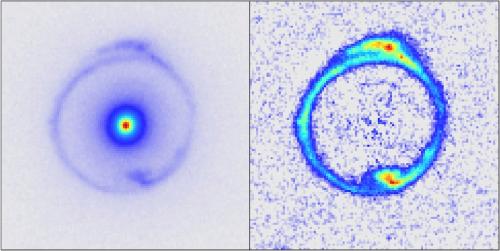 i am excited about the voyager probe passing through the solar bubble or heliosphere,any time now

thank you for your kind words my friend

Conjecture #1
That may mean that the birth of our own universe may have been as a bubble inside another, older universe.


Hmm would a binary galaxy, or parallel universe...be a dream with a dream?

And the thought of galaxies as bugs on the cosmological windshield had me rolling.

Space does seem to carry a lot of qualities of water in some of it's mechanics, so bubble theory? Perhaps with more datum and experiments; it can add more to the picture in some way in the distant future...who knows? But it gets more interesting all the time; seeing things such as this and trying to mentally project them among a working model along with pre-existing datum to see how it may fit in.

Though I think that you are spot on to some degree, I do not believe that these bubbles exist inside each other. The big flaw in your theory would be in the fact that the inside bubble begins right at the center of the preexisting one. If for instance bubbles were starting up they would probably begin in random places. At this point we would be able to detect multiple edges to our known universe that were expanding in random places and directions.

I would expand on your idea though and say that when these bubbles begin and start to expand, they create their own space that even though it expands, it stays within the confines of the very space that it started from. Basically, I guess, pushing inward as opposed to outward into the preexisting bubble, if you can imagine that. Or, another way to explain it would be that they would effectively create an edge that didn't exist before on the mother universe and grow out from there.

I agree, the bubble would be unlikely to generate in the center of the universe, but it's simpler to visualize.

If I had to guess at the shape of the bubble-within-a-bubble multiverse, it would be the golden ratio. 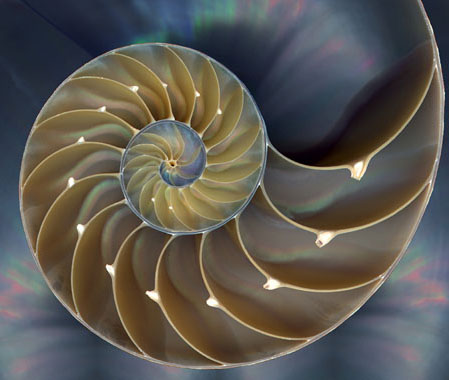 
A concept known as vacuum instability could result, billions of years from now, in a new universe opening up in the present one and replacing it.

This quote bothers me.

Originally posted by angryhulk
reply to post by Chronon

A concept known as vacuum instability could result, billions of years from now, in a new universe opening up in the present one and replacing it.

This quote bothers me.

It doesn't bother me that much. If you ask "what is our universe expanding into" which is a commonly asked question, the answer is nobody knows because we can't see beyond our universe. How do we know it's not expanding into the remains of a prior universe, if the energy levels in the prior universe are so low that it's almost like nothing is there? I don't think we understand the properties of space well enough yet to give a reliable answer, since quantum field theory predicts high energy levels in space that are not observed.

I'm not a fan of many of the multiverse theories, but I'm not going to dismiss this idea too quickly.
edit on 27-2-2013 by Arbitrageur because: clarification

posted on Feb, 27 2013 @ 01:15 PM
link
I've always thought there was more to Fractal Geometry, especially the aspect of self-similarity, where patterns or shapes repeat themselves at scales, with one inside of another inside of another. Reading of this bubble-within-a-bubble multiverse the other day, the cyclical repetition over time reminded me of the fractals and Fibonacci Sequence patterns we see in nature.

But it's hard to say if I'm seeing that pattern because my brain is designed to find order out of chaos or if there really is a mathematical link. For instance, we ourselves are born in a bubble expanding within a self-similar parent. Coincidence or Apophenia? Are we fractals, self-similar to the shape of the multiverse?

I'm still not convinced of the multiverse, but the Higgs-Boson related theory makes an elegant presentation.

posted on Mar, 2 2013 @ 07:10 AM
link
one other thing this idea would acccount for is nested dimensions. a cross section of that bubble would represent 3 of space 1 of time and each bubble layer an added dimension..

if string theory is right and other dimensions are nested within ours, this would be the perfect shape for them to remain hidden

That's a lot of "ifs" but if it did happen we would effectively have a new universe, somewhere inside of our own. Just to make it simple, let's place the bubble in the center of our universe and assume it is expanding in all directions at the speed of light. One would assume that as the boundary of the bubble collided into the stars and galaxies of our own universe there might be some expenditure of energy, a bang or a explosion if you will.


Interesting topic to think about, for sure. I just had to point out that according to the standard theory of cosmology the universe doesn't have a center. It's not expanding out from a center point, but rather expanding equally in all places. The universe is homogenous.