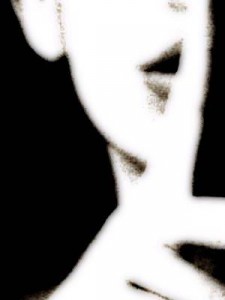 Printing money is an easy job for the Federal Reserve but keeping them under control is a hard task.I mean keeping them from not dissapear in night shadows.

Let's assume that deposited fresh printed cash in an unexplainable way dissapears over night from where is deposited before being thrown on the market.

I know what you will say that the majority of the tranzactions are made electronically therefore is no need for cash.

You can thank the reckless money printing that the Federal Reserve has been doing for the incredible bull market that we have seen in recent months. When the Federal Reserve does more "quantitative easing", it is the financial markets that benefit the most. The Dow and the S&P 500 have both hit levels not seen since 2007 this month, and many analysts are projecting that 2013 will be a banner year for stocks. But is a rising stock market really a sign that the overall economy is rapidly improving as many are suggesting? Of course not. Just because the Federal Reserve has inflated another false stock market bubble with a bunch of funny money does not mean that the U.S. economy is in great shape. In fact, the truth is that things just keep getting worse for average Americans. The percentage of working age Americans with a job has fallen from 60.6% to 58.6% while Barack Obama has been president, 40 percent of all American workers are making $20,000 a year or less, median household income has declined for four years in a row, and poverty in the United States is absolutely exploding. So quantitative easing has definitely not made things better for the middle class. But all of the money printing that the Fed has been doing has worked out wonderfully for Wall Street. Profits are soaring at Goldman Sachs and luxury estates in the Hamptons are selling briskly. Unfortunately, this is how things work in America these days. Our "leaders" seem far more concerned with the welfare of Wall Street than they do about the welfare of the American people. When things get rocky, their first priority always seems to be to do whatever it takes to pump up the financial markets.

but the truth is that even under surveilance camera the cash dissapears over night like vanishing and forces that are beyond power of understanding are doing this.

Like a big conspiracy that someone or...something is doing and for which there is no explanation because this phenomena is happening all over the world.

The Destruction of Money: Who Does It, Why, When, and How?Think about money being created. A furiously spinning printing press might come to mind. Now imagine money being destroyed. Do you think of a three-story shredder, a bonfire, a wide blue recycling bin?

You might have noticed that it's pretty hard to find any cash printed much earlier than the 1990s in circulation. Just as more money is constantly being created, it's also constantly being destroyed. Who are the destroyers of money, and how do they do it?

Billions Lost in Secret Federal Reserve Funding of Iraq War Tens of billions were shipped to Iraq since the 2003 invasion, most of it lost or stolen. And we're not allowed to know about it.Since the beginning of the Iraq War in 2003, the New York Federal Reserve has been shipping tens of billions of dollars to the government and central bank of Iraq, ostensibly for reconstruction and resumption of governmental services after the fall of Saddam Hussein. Between 2003 and 2008, over $40 billion in cash was secretly shipped in trucks from the New York Federal Reserve compound in East Rutherford, New Jersey to Andrews Air Force Base outside of Washington, where they were then flown by military aircraft to Baghdad International Airport. In just the first two years, the shipments of dollar bills weighed a total of 363 tons.

And is very well kept secret.

To print money it's an easy job but to secure them against unknown and uncontrollable forces is almost impossible when you have no control of why they dissapear so fast.

Oh you might say that external hostile organizations could do this but sorry no..because this will mean this phenomena to be related to only one country.

This is a situation with which all the governments of the world are confronting and they are looking for an answer that may never come.

Because some decisions were taken' and when "beyond understanding" is taking decisions nothing and nobody can stop for what's to come.

You could say that the economics are to blame for this situation but in fact the real cause is a very well kept secret which probably will never be revealed.

As fast as the Bank is printing money, it’s disappearing down a pension black hole It is time that rules governing pension liabilities were put on a sane basis, rather than the insane calculations employers are currently forced to observe.The scale of the problem was highlighted on Wednesday by Smiths Group. It paid at least £122m last year to fund a pension deficit that has artificially ballooned as an unforeseen consequence of the Bank of England’s quantitative easing programme to print money and keep borrowing costs low.
Rules on pension deficits were not designed with QE in mind and are no longer fit for purpose. They are damaging the economy.
As fast as the Bank creates more cash through QE, chunks of it are being recycled straight into accounting black holes, which means billions are not being invested to create jobs or pay dividends. And it’s not at all clear whether pension trustees actually want the cash. Their regulator restricts them from reinvesting it usefully in the stockmarket, buying yet more gilts is a one-way guaranteed bet to lose capital, and cash in the bank doesn’t earn anything and is hardly being put to work by lenders.
I won’t bore you with the inner workings of the problem, but basically the rules state deficits have to be measured at a single point in time using the current return on gilts to calculate the future liabilities as if they all fell due today.


www.telegraph.co.uk...
You could find a thousand reasons but the real reason is the one described Above.

Or maybe not to let your eyes caught like here....

so older money is disappearing??

No,all of them or better said what is deposited overnight vanish in an unexplainable way.