posted on Feb, 24 2013 @ 05:10 PM
link
It seems that they have now found that these on shore wind farms will actually create more carbon dioxide as all the miles of new roads and/or tracks needed to install and maintain them, damage or destroy the peatland.. Which means that there will be a reduced amount of carbon which is absorbed into the peat, which in turn contributes toward global warming..

I live on an island off the West Coast of Scotland. And here the landscape is either cliffs, sea, mountains, lochs, lots of rocks..!, rivers and plenty of peatland..! I know from the locals here that the peatland, which we cut for fuel for our stoves, only grows back 2mm every year.. So having these onshore wind farms here may not be sustainable..

Thousands of Britain’s onshore wind farms will create more greenhouse gases than they save because many of them are built on peatland, a new study claims.

Onshore wind farms are often built on upland sites where peat soil is common. Peat is a massive store of carbon and is described by scientists as Europe’s equivalent to the tropical rainforest. Peat bogs absorb carbon in the same way as plants and trees but in much higher quantities.

UK peatland stores about at least 3.2 billion tons of carbon, making it one of the most important carbon sinks in Europe. 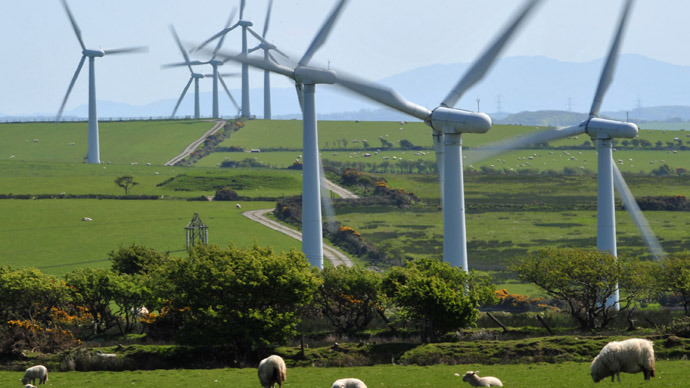 I still think its maybe a better idea to gain some more knowledge on tidal energy. As I don't think these onshore wind farms will ever be able to 'repay' their cost to us and the environment..

posted on Feb, 24 2013 @ 05:14 PM
link
Not surprising. It's nothing but feelgood technology right now anyway, not to mention an eyesore. I can't imagine that a windmill like that could ever generate enough revenue on the energy it produces to be able to break even.