Which side is North Korea on anyway?

posted on Feb, 23 2013 @ 04:31 AM
link
It may seem on the surface that North Korea and China have been friends for a long time, but you may want to reconsider that.

North Korea has asked a lot from China in recent years, but gave nothing in return. However, their people are still starving, and they're still developing their rubbishy nuclear weapons. In fact, He Yafei, a senior Chinese official, described North Korea as a spoilt child trying to get the US's attention.

In practice, North Korea's weapons aren't good enough to threaten world peace, or even the US or Europe. Let's face it, there' not very good. However, they are a nuisance for China. Why is North Korea doing this even though China's supposed to be their ally?

On the other hand, the US may be closer to North Korea as it seems. Although they cut off their aid for North Korea last year, do remember that they have provided food and energy to North Korea. This is the twentieth century. When the US provides food aid to an Asian or African country, it's usually to test out the latest GMOs while looking benevolent at the same time. This usually happens only in countries and regions that controlled, to some degree, by the West. Taiwan was a very sad example. Was the US expanding its influence in NK?

Kim Jong-un studied in Switzerland. This is very strange for a radically anti-West country.


Why didn't he attend a university in China or Russia? Moreover, many suspiciously Masonic-looking pyramids-with-top-parts-standing-out have appeared in Pyongyang: 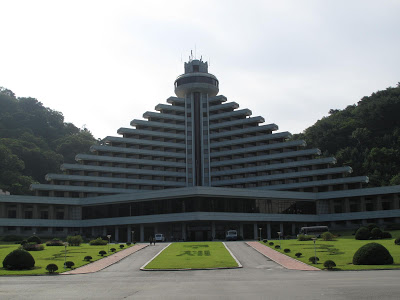 Kim was also caught doing a Masonic gesture. This one (the hidden hand) appears to be a sign of a master of the second veil. Now, most of the time when somebody is accused of doing a Masonic gesture, it helps to have a tin-foil hat on. However, I don't think this one is in any way nonchalant (unless he thinks Napoleon was cool?):

North Korea withdrew from the Six-party talks. NK may be trying to 'harass' the US into a bilateral talk instead. That way, NK-US relations will improve and NK will officially be a pro-west country. Kim Jong-un looked like Deng Xiaoping II when he first became the new leader, but now he's doing all this nuclear and stuff. He might want the US to send a few economists over and help them restore their economy.

This will also fix North Korea's diplomatic problems and stabilise their relations with the South.

(I didn't invent any of this. Most of the opinions were taken from the first two sources here.)

posted on Feb, 23 2013 @ 06:17 AM
link
They seem to be on their own side, or at least the side of Mother Nature (the DMZ - the zone between North and South Korea - is one of the most diverse forests/jungles left on earth, just because people don't wander in there and destroy the forests). It being the 21st century (you may want to update your post), North Korea will have to come to some table eventually to play with the big boys (and likely cut down their forest). 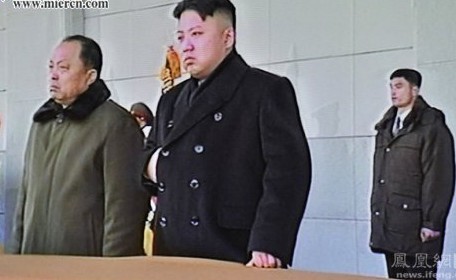 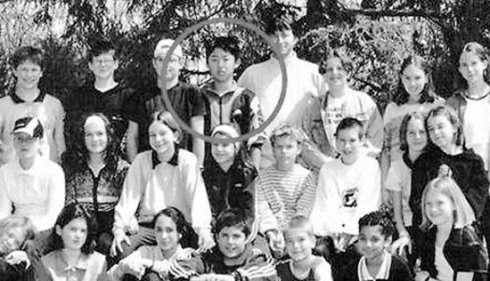 Another Masonic building in NK: 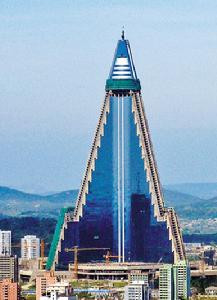 They're on no ones side but their own. They allied with the U.S.S.R., then China, playing one against the other... All the while pursuing their own agenda...


I wish he were a Mason, then he would be much more open to playing nicely. I sincerely don't know what the entire anti-Mason and anti-symbols (Horus' all-seeing eye, triangles, etc.) thing is about. The all-seeing eye is a very conscious representation of enlightened states of mind and spirit.

At some point the North Korean leaders (i.e. military) will realize that further connections should be made with the outside world, but they likely also fear losing power, wealth, and the almost god-like respect of their people.

posted on Feb, 23 2013 @ 09:30 AM
link
the dump is a banker run slave labour camp
where else can they get the kind of robot prescision and secrecy they get in NK?
the question is:
what are the bankers building in 1984ville?

Originally posted by Aleister
reply to post by diqiushiwojia


I wish he were a Mason, then he would be much more open to playing nicely. I sincerely don't know what the entire anti-Mason and anti-symbols (Horus' all-seeing eye, triangles, etc.) thing is about. The all-seeing eye is a very conscious representation of enlightened states of mind and spirit.

At some point the North Korean leaders (i.e. military) will realize that further connections should be made with the outside world, but they likely also fear losing power, wealth, and the almost god-like respect of their people.


I'm not saying he's a Freemason. What I'm saying about the Masonic symbols is that NK is getting more and more Westernised. I also never mentioned the all-seeing eye here. I don't know which is cause and which is effect, really, but the West seems to be more and more influential in NK, and NK seems to want the US by their side.

You mentioned losing power, wealth and respect... I think they will eventually lose even more if they don't come to their senses. When everything's gone, there will be no more money to get. The people will eventually realise that the Kims are not the benevolent rulers in which they were led to believe. Then power they'll more than likely lose as well.


That's a very good point you brought up. I was going to bring it up in the OP, actually, but I forgot. NK's technology must come from somewhere, after all.

posted on Feb, 23 2013 @ 09:42 AM
link
North Korea was never allied with China. Before the Korean war they were petitioning Stalin to let them invade the South and it took a couple of years before Stalin gave them the go ahead.

China had nothing to do with it.

Once the battle started going badly for them, Stalin refused to give more support and North Korea was about to lose, the allied forces were pushing them back miles daily and it was only a matter of time.

China did not want North Korea to become a haven for democracy and certainly did not want allied bases directly on their border so they sent in 500,000 troops to keep North Korea as a buffer against the US.

They only entered the war for self-preservation and they maintain this stance today. They really don't like North Korea but they are preferable to having US forces stationed on their border.


Oh pleeeease get a life. There are tons of pictures where people have their hand in their coat/shirt.
Real quickly I found Stalin giving the masonic gesture. And then there's always Napoleon. Fine examples of masons at their best.

You need to get a grip on reality. People do what they do. It doesn't mean their doing it for some other reason.
Why do crazy people do crazy things? Because they are crazy. No other secret reason. Just they are crazy.
Why did the crazy kid kill all those kids at the elementary school? Beacuse he was crazy.
Why does Hitler look like he's constipated in most of his pictures? Because that's just the way he was.

Most times a rose is just a rose and a turd is just a turd.
Quit looking for duplicitous reasons for everything. After a while people might start to think you are off.

posted on Feb, 23 2013 @ 10:44 PM
link
Well, I have to say. NK is on NK's side, and they have their holy lord god Kim Jong Ill on their side. No doubt, Kim Jong Un was given some secret message on his daddies death bed that set the stage for act 2. I really thought he was more sensible than his father, but it just isn't seeming that way. He did go to school in the west after all, and from the looks of it certainly enjoys to eat. If he keeps up his psychotic father like antics he may starve along with his citizens. Can't say I'd be sorry to see him starve, but I do feel quite terribly for the people beneath him that are starving.

NK is bitter, because it feels it should have a piece of the asian Success pie, and it isn't getting any.
edit on 23-2-2013 by Hijinx because: (no reason given)

posted on Mar, 23 2013 @ 01:28 AM
link
Bear with me here but If i was to ascribe to the fake alien invasion theory. I would be of the opinion that N.K is on the illuminati's side as the rogue nation card in preparation of an nwo. Now on the down to earth side I would say they were on their own side pissed off at americas dabbling in their own countries affairs, and the south korea is ours side.