James Fox to Announce $100,000 UFO Reward for Proof of an ET Spacecraft 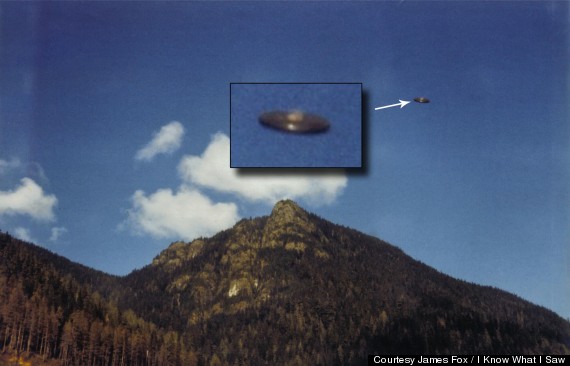 Nearly every day, videos, photos and eyewitness accounts of UFOs pop up on the Internet. Some are hoaxes. Some are quirks in the weather. Some sightings are never explained and forevermore remain UFOs.

The photo above, taken by Hannah McRoberts on Vancouver Island in British Columbia in 1981, is considered one of the most credible UFO pictures.

Still, never has there been widely accepted positive proof of an extraterrestrial spacecraft, though there are those who believe various government agencies around the world have conspired to hide the truth. Now, however, if someone can prove otherwise, they will be $100,000 richer.

Filmmaker James Fox will make this announcement as part of the promotion for his upcoming movie The 701, inspired by the Air Force's two-decade UFO study, Project Blue Book. The massive study into 12,618 UFO sightings, which ended in 1969, was able to explain away all but 701 of these sightings.

Fox, who previously directed Out of the Blue (2002) and I Know What I Saw (2009), will reveal the $100K challenge at the 22nd International UFO Congress (IUFOC), which begins Feb. 27, in Fountain Hills, Ariz. "One of the aspects that sets our film apart is the producers' commitment to bringing forth never-before-seen evidence. As part of this effort, we're offering a $100,000 reward for the best proof that some UFOs are alien spacecraft," Fox told The Huffington Post exclusively. 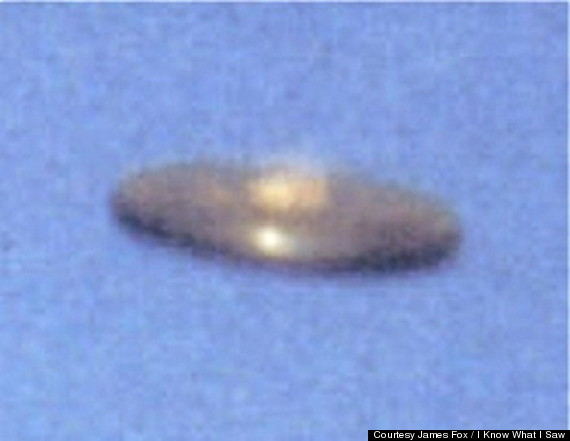 "Our intent is not to create another television UFO documentary, but to produce a feature film for worldwide theatrical release -- 'The 701' -- the most compelling film ever produced on UFOs," Fox said. "701 is the number the government doesn't want you to know about. The U.S. Air Force had a serious problem, starting in the late 1940s. Technological devices were invading our airspace with total impunity. Glinting, metallic discs, which could accelerate and maneuver in ways hard to imagine, were being seen in incredible numbers by reliable witnesses. Many of them were pilots."

Found this very interesting. Millions claim to have witnessed unknown craft in the sky and just about as many have produced their 'evidence' yet we still do not possess the empirical proof to prove their existence once and for all.

The article makes a good point about how this will also spur on more hoaxes by people just trying to gain fame or a fast buck but I would imagine there may be people that have been sitting on their own evidence over the years in fear of humiliation or disgrace from their community. This may help to bring out evidence that has been buried away for years.

Will this finally prove their existence? I tend to think not because I truly believe we may be dealing with something still out of the grasp of our reality but only time will tell now. I look forward to seeing how this plays out over time.

Fox's upcoming move "The 701" looks like it may be a very intriguing film. Defiantly a very interesting subject matter to create into a film. What do you gals and guys think about this?

I could buy 2 houses & left of money to buy me a sweet sexy car.


I know right! Too bad the closest I have ever come to seeing something odd in the skies are meteors. I really could use a cool $100,000 right now. Like the article said this will probably create a deluge of hoaxes but maybe there is somebody out there that has been sitting on their own evidence and this may motivate them to come forward.

Perhaps someone has been holding their own evidence for 30+ years and now they may be getting to the part of their life where they want to help their grandchildren or other family members and this could nudge them to come forward.

posted on Feb, 22 2013 @ 09:14 PM
link
Mr Fox needs to understand what the word "proof" means - it's not grainy photographs/video or hearsay. It'd better be some healthy, corroborative evidence...

Proof - Evidence or argument establishing or helping to establish a fact or the truth of a statement.


Great. There wasn't enough fakery. This should get everyone with a cell phone, computer, hubcap, chinese lantern or weather ballon kicked into overdrive.


As far as I can ascertain, of the twelve or so thousand investigated incidents refered to, there were seven hundred and one that could not be explained by the investigators. I believe that the suggestion is that the government do not want people to know about the seven hundred and one cases they could not conclude in a satisfactory manner, because the fact that they did not conclude those cases may lend weight to the argument for little green men, and hovering saucers.

Now, on the matter at hand. I think that it will be interesting to see what this reward brings out of the wood work. However I would be very cautious about anything that comes out of this, for one very good reason, or rather one hundred thousand very good reasons (well, not as good as pounds, but you get what you can right?). People will do near enough anything to make money these days, and I am afraid that this drive to bring home the bacon will see some enterprising individuals take the time to create very convincing hoaxes.

posted on Feb, 23 2013 @ 05:30 AM
link
I'm with TrueBrit on this one.
It will do nothing except generating hoaxes.
But Fox must have considered that too, makes me wonder what's his motivations are.

posted on Feb, 23 2013 @ 06:14 AM
link
Urrugh this is going to cause the 'Jaime Maussan effect' where offering a reward just brings out fake after fake after fake. 99% fakes with the occasional miss identification.

I say good luck and prepare for the onslaught of crap that will be coming his way...


Its true, one hundred thousand dollars is a pretty small fee, considering the implications of any such information, and the potential danger one "may" place oneself in, when aquiring or trying to distribute that information. However, the point stands for all the financial rewards that have ever, or will ever be offered for proof of such a fantastic thing as ET space craft within our atmosphere.

A question, however, springs to mind. What will be regarded as solid proof by Mr Fox? I, for one, can see some pretty large difficulties with proving the existence of, let alone the origin of, any object which is flying through the air. Even if a photograph, or video is taken of a flying object of unknown origin, just proving the validity of the image, that what is shown in such an image is in fact real and not a digitial animation will be hard. But proving that it is of an alien origin? One only has to be vaugely aware of the enormity of funding that goes into experimental aircraft, to know that any flying object these days could just as easily be attributed to advanced aircraft design, as alien beings.

Unless the object lands, and the occupants get out, and find themselves in a situation which might lead to them leaving physical evidence of thier presence, perhaps in the form of vital fluids, or some remnant of skin tissue, I fail to see how one can prove the origination point of any vehicle that might be spotted, beyond a reasonable doubt (the only fair measure of such a thing).

Very interesting that no mention has been made of the requirements of proof.

Originally posted by samsamm9
Guess what.. I'm offering a 200 000$ Reward for proof.


Not looking forward to that.

GREAT. Now, ATS will be flooded with fake videos from people on youtube trying to make a dollar.

Originally posted by samsamm9
Guess what.. I'm offering a 200 000$ Reward for proof.

No problem.
Travel to Datil, New Mexico. It's a very small town due west of Magdalena, NM.

Dr. Buskirk showed up there with 5 college students: 2 Girls and 3 Guys.
He saw the crash on the night of July 2, 1947. They thought it was a meteor crash.
They were checking out an archaeology find at Gila Cliff Dwellings to the south when they
all saw a shiny object on the side of East Sugarloaf Mountain July 3, 1947.

Crash site was just a few miles from this location.


Here is Gerald Anderson explaining what he saw.


I'm sure the proof needed will be more than just someone's claim they saw something, or even a debris field of foil sticks and tape that was found in Roswell is probably not enough to claim the prize.

It will be interesting to see the exact details of what is considered acceptable proof.