Hell has froze over, It snowed in Mesa, Scottsdale, Phoenix Az!!

Lasts nights storm brought snow the the valley , which never sees snow. Some awesome pictures have been taken! ... Last time I remember snow here was over 20 years ago.

Near Thomas Road, in Phoenix.

Not a queue in sight. As Brits used to cold winters we had a ball while the natives stayed at home. 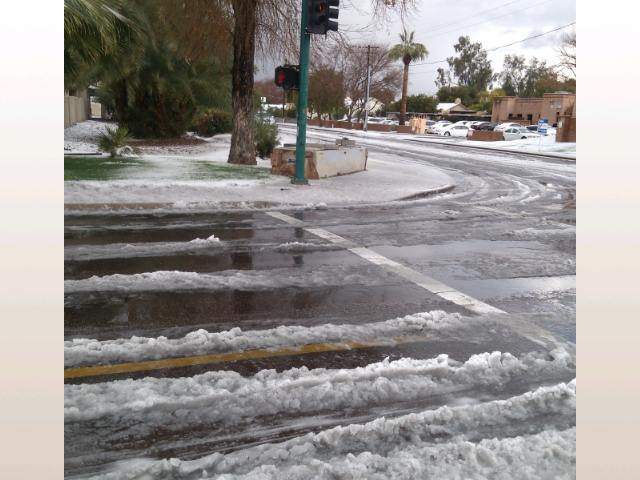 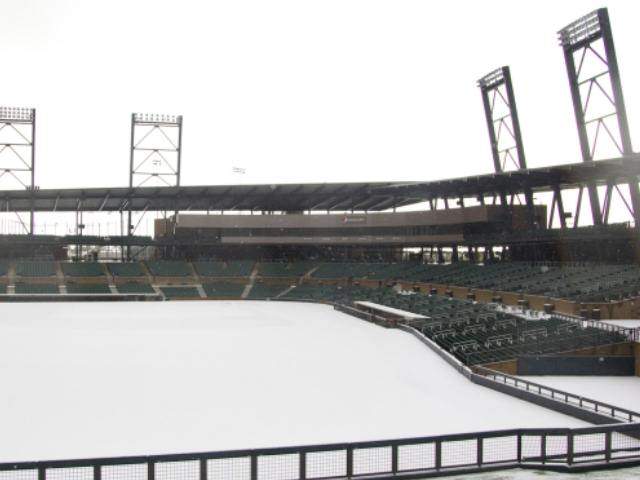 It snowed a little when I lived there, one winter (early 90s, maybe). But it was just tiny flakes that didn't stick.

It snowed there around 2003. Snow melted once it hit the ground, but up on Squaw Peak, it was slush.

posted on Feb, 21 2013 @ 03:01 PM
link
How cool is that! Wonder if all the old people freaked out in Scottsdale! LOL Probably thinking they had moved away from all the cold on purpose and it followed them to AZ!


Hell hath not froze over until it snows in Yuma, AZ!!!!! We can see the fires of hell from here!


Nothing that has stuck like this though. Not at the sea level elevations. Ive been here for 35 years, and only saw it stick once, back in 1989, 1990 ish, in tempe.

It never stops snowing here, 2 years back we had the record for the United States even above Anchorage and Buffalo for cities over 30,000 people.

Somebody make it stop... please, or send me money to move

waaaaaaaaaaaaaaaaaaa can't even get away from it in Valley. Buy me a UV lamp or LED window that shows images of Fiji... or just kill me, anything no more God damn Snow pleeeeease


They already have, it all goes together somehow.

Global warming stopped 16 years ago, reveals Met Office report quietly released... and here is the chart to prove it

The world stopped getting warmer almost 16 years ago, according to new data released last week.

The figures, which have triggered debate among climate scientists, reveal that from the beginning of 1997 until August 2012, there was no discernible rise in aggregate global temperatures.

This means that the ‘plateau’ or ‘pause’ in global warming has now lasted for about the same time as the previous period when temperatures rose, 1980 to 1996. Before that, temperatures had been stable or declining for about 40 years.


Send me some , just for one day,lol ... I am about 30 miles from where the snow fell. I am near casa grande, and it made it as far as Coolidge,it was actually colder here, but the storm that caused the snow, did not reach this far, we just got a bit of rain. I just want it to snow here once! lol


would they let me send a cooler full of snow via ups lol?

I wonder if it would stay snow?

It's simple really. The warmer the atmosphere, the more moisture it creates which means that whether it snows or rains, the events are much more extreme. Of course there are still going to be cold fronts and when they clash with the warm air you have much more snow than normal. That's why every time you hear about a storm now, it's extreme with more than a foot of snow falling in such places as Kansas, or 3 feet in MA.

The warmer the air, the more moisture. Just like when you take a hot shower, the hotter you take, the more fogged up your mirror is. Simple really.

But what do I know I have a snow bank twice my height (I'm 6'2" btw) all around my driveway and we are expecting 20 cm over the week end....Eh its Canada, I'm used to it, in fact I would likely miss it if it were to stop

On topic though, there is snowfalls all over the world in spots that never get any snow! I can't think of examples now but I remember reading about it a while back...somewhere in Africa wasn't it?

The climate is off that's for sure


Well if that were the case, we would be drenching in rain out here in Phoenix. You can not get much warmer in the US, lol

I understand what you are trying to say though, in general terms, though I am still on the bandwagon that this is not global warming, at least not man made. Now universal warming on the other hand, there has been some prominent research.

I do believe this is transient, and fluxes with time. .. Not that man does not influence temperatures in regional areas. That is why we have the island effect. Phoenix is usually up to ten degrees hotter that here, about 45 miles out. I am rural. All the roads, cements walls etc trap heat and raise the temperature in a region if it is in large enough amounts.
edit on 21-2-2013 by amatrine because: (no reason given)


I want to just say that I'm not a global warming guy and I'm not sold on CO2 climate change. The gas that concerns me is methane from natural sources, dead zones in the oceans, volcanoes, permafrost melt, etc., but the chain reaction may have been our fault with fracking, landfills, China's rice paddies, etc.