How I keep finding these rare artifacts I will never know! Primitive Aztec or Mayan Mortar and Pestl

posted on Feb, 20 2013 @ 08:46 PM
link
Hi again everyone!
My last post was to showcase a meteorite and fossilized dinosaur egg nest I had come across in my auction hunting and I have decided to share with you my most exciting find yet! 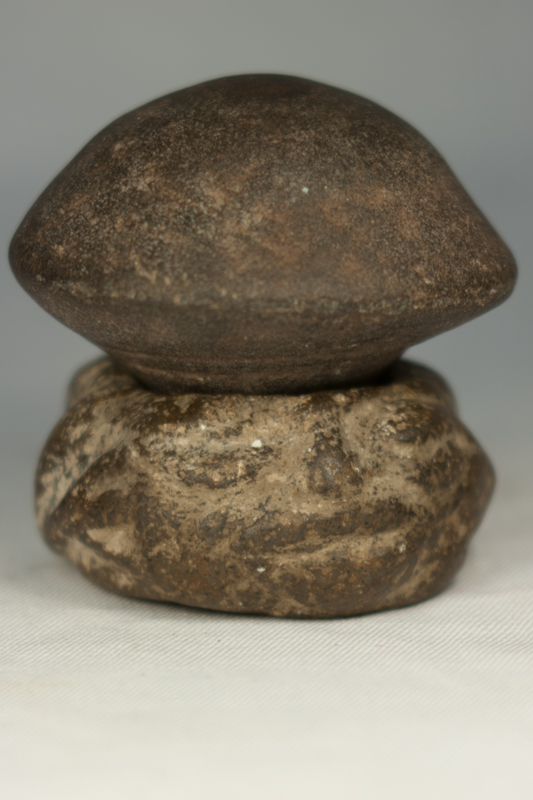 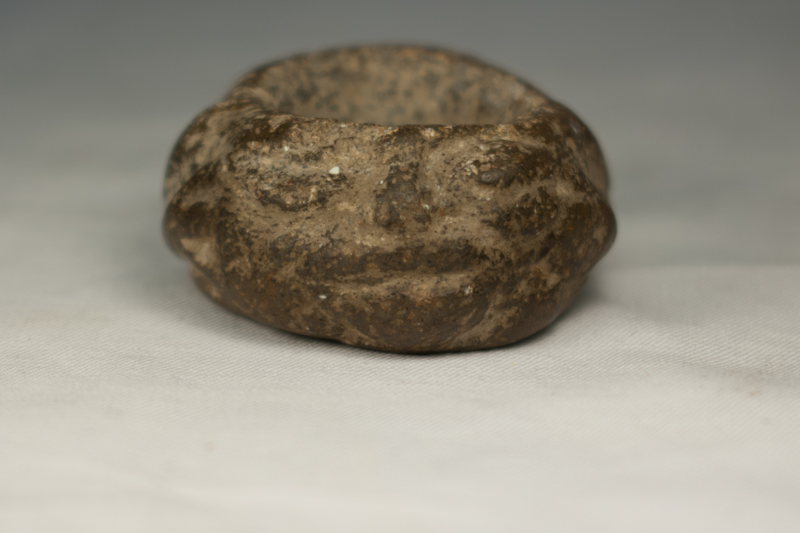 I came across this primitive mortar and pestle at an auction last weekend and luckily no one knew what it was! I ended up getting it for a VERY low price and was literally shaking when I got it in my hands! 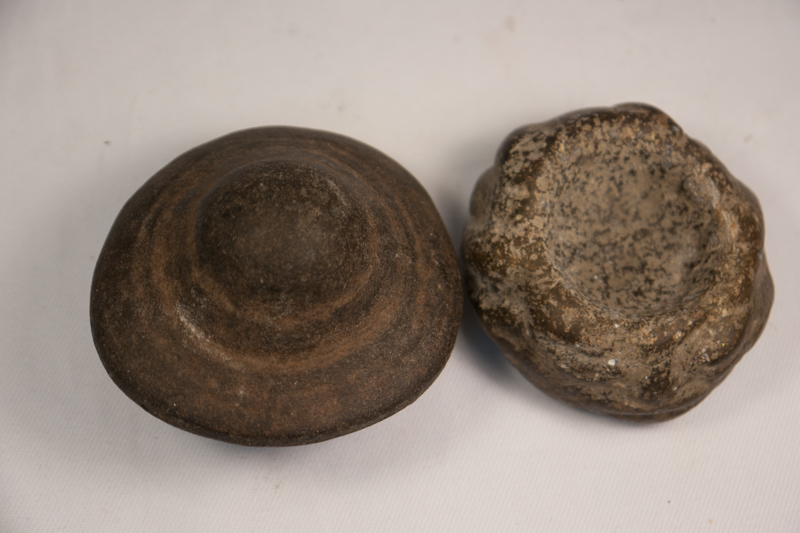 I just bought it because it was an old mortar and pestle and I thought it was neat to hold something that old and made by human hands. When I got home my business partner looked at it from across the room and said, " hey man do you not see the face carved into it?". So I walked over and looked at it more closely and sure enough, it had a face carved into the mortar! There were also arms and legs carved into the sides and back. After taking a second to process this I realized it was a humanoid frog which is prominent in Aztec and Mayan culture. 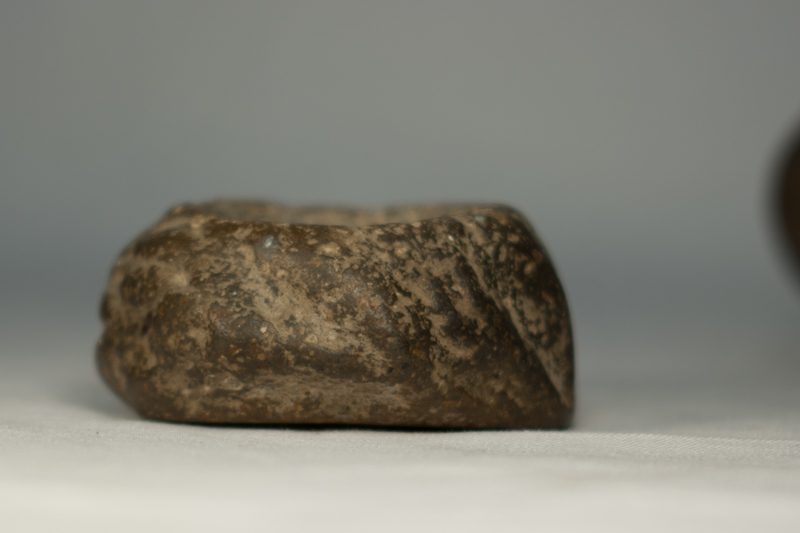 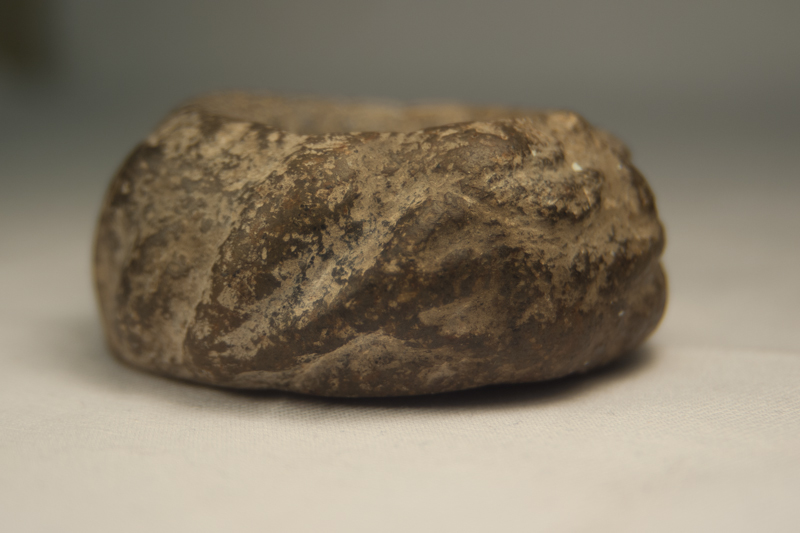 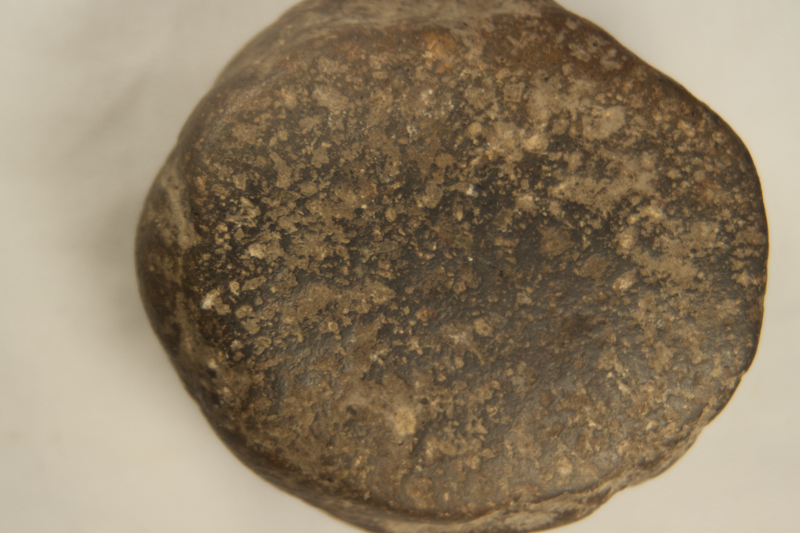 If anyone has any insight on this amazing artifact please add to the discussion as I am still waiting to hear back form several museums! I plan on putting it on loan to whichever museum shows the most interest so that people can have a chance to see it with their own eyes!

What a score!!!!! Now you gotta resell this one!!!! I want to know how much you can up-sell it, so I can be jealous of your success. Lol.


Thanks! haha I don't think I'll be selling this unfortunately though. There are some things that should be in a museum unless it will let me retire at age 24


So if you look at the side shots you will see the front legs with the 3 "fingers" and at the back you can see the bent rear legs. I found it hard until I found other examples of carvings and drawings of frogs with human faces in their folklore! Thank you for your response


They look like Moqui Marbles (a kind of sandstone).
Take a look: en.wikipedia.org...


Thanks! I had a look at the link an they definitely aren't any type of sandstone. They have to be hard enough that the rock won't turn to powder when grinding herbs. I hope to hear back from the Royal Ontario Museum tomorrow if all goes well!

posted on Feb, 21 2013 @ 12:47 AM
link
You know, my wifes from Ecuador.
Her old man had land up in the mountains that is father left him (called finca, in Spanish) he never used it for anything, just a place to go on the weekends. It was quiet and had a nice little river flowing through it.

One day, while watching the TV, theres a programe on about pre colombian,Aztec and Maya pottery and the like.
About ten minutes into the programe, i comment to my wife, that although basiclly ugly, some of this pottery is worth a fortune.

My genius (?) of a wife then blurts out - "We used to find this stuff on my fathers finca every time he dug a small patch over, we didnt know what it was so we threw it away".
I then searched the internet and started to show her some photos of museum pieces, which she promptly said she recognised as she and her family had found various pieces alike...!!

Later she said that her father had representatives pass by there from an American mineral mining company...they offered him 45,000 dollars for the land (which he rapidly accepeted, as for him , the finca was worth only half of that).
The mineral firm then even more rapidly, began to start filtering the river for gold...something they probably failed to mention they had found when they made the offer after surveying the terrain.

The moral of this story is, you can find pieces like this in flea markets and auctions all over the world, because (sadly) there are STILL people who really don't know the value of the things they have....

I must admit, when the wife was telling me all this i was overcome by the sudden urge to throw her from the balcony...and we live on the 6th floor...


Very cool eh? I was so excited to be the high bidder, and I will be honest (prepare to be jealous....) $70.00 for the dinosaur eggs from my previous post, a 4 inch long iron meteor and this beauty. I know, how could people not spend more on something like this. I think I was honestly the only one in the building who know what it was right away!

Even if it is worth a small fortune ( which I am almost certain it is ) I will still lend it to a museum to showcase for a while and maybe sell it to a collector after the fact. I don't think it is right to always jump right on the money when it comes to our ancient past! I'd sell something from the last hundred years without even thinking twice, but when it is that culturally and humanly significant, there is no way that shouldn't be shared with the world and not just some rich collector!


That! Is a great, and unfortunate "story" or 6 stories I should say haha I kid, I kid. But anything pre-colombian is worth a fortune from the research I have done especially ceramics, being that they are so fragile! But no point looking back on a mistake made, only what you could maybe search for knowing now right? Happy hunts!

I'll be sure to share the information I get from the museums when I hear back.