Anonymous dump US State Dept database on the web

Anonymous claims to have hacked the United States’ State Department website and captured a database, which has now been published on the Internet.

The data dump by the hacktivists contains the names and email addresses of State Department consular and careers staffers and in some cases, their phone numbers and date of birth.

Another small hack by Anon. This time under the flag of Op last resort..... Please do not link to the database. I have had threads taken down for similar action before. Google is your friend.. Kind of.


"Citizens of the world,

Anonymous has observed for some time now the trajectory of justice in the United States with growing concern. We have marked the departure of this system from the noble ideals in which it was born and enshrined. We have seen the erosion of due process, the dilution of constitutional rights, the usurpation of the rightful authority of courts by the discretion of prosecutors. We have seen how the law is wielded less and less to uphold justice, and more and more to exercise control, authority and power in the interests of oppression or personal gain. 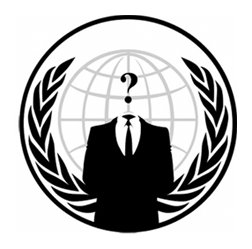 I hope you are refering to the criminal element in the US State dept!

He will be AVENGED!

Originally posted by elevatedone
I hope each and every one of them are caught and prosecuted.

Me too, the US state department are corrupt and enemies to the people. Congress too.

Originally posted by elevatedone
I hope each and every one of them are caught and prosecuted.


Ill agree with that.
If the info was different i might think otherwise but publishing the personal info of the employees...givin our society today thay should have title it as a hit list.
Why hack and post this kind of info, why not some evidence of a crime or such, its a shame to see such abilities wasted.
All the more re-enforcement of my beleif that most of this "anon" activity" is in fact conducted by the government.

posted on Feb, 19 2013 @ 03:18 PM
link
So career Department of State workers have no expectation of their privacy? Sounds like they got their hands on PII data. Anon can do some good but dumping names, phone numbers, address, birth dates, etc is beyond doing anything productive and places innocent people in danger of identify theft and/or possible "mob" action.

I hope you are refering to the criminal element in the US State dept!

He will be AVENGED!


But they didnt go after that info, they posted lists of personal info of people who most likely had nothing to do with any crime...disgusting...

Anonymous has observed for some time now the trajectory of justice in the United States with growing concern.

The key word is observed. I've been trying to figure out where this group is originating from. So from the first line I will further explain.

Look at what just hit the headlines~ usnews.nbcnews.com...

So China was caught hacking into US business and whatever else they could prolly hack into. What a coincidence Anon~ did this almost at the same time the US states that China has been doing this for some time.

The report was first detailed in The New York Times, which said that the hacking group’s focus was increasingly on companies that work with American infrastructure, including the power grid, gas lines and waterworks

I just posted this in another thread as this one was freshly created and not on ATS recent posts.

While the report Tuesday focused on China, the experts also highlighted Iran as a concern. That is because China, as a “rational actor” state, knows that a major cyberattack against the United States could be construed as an act of war and would damaging critical economic cooperation between the U.S. and China.

Is Iran in on this too? Does this help clear the smoke on the war on Terrorism? Is al queda/terroris working on a alliance with China and Russia? Is this where Anon came from? Does Al Queda have information that would help push all of civilization forward that has been otherwise suppressed by the US government? Sounds like the movie District 9 to me. But doesn't sound far fetched....

So who is that masked man with these bold claims??? Maybe a China man~ Maybe not... Just to much of a coincidence for me to dismiss the possibility yet. I guess we all will find out as this game unfolds further in the coming months.

What good has Anon done for me personally in relation to my life, rights, or my day-to-day activies online? Nothing. Not. One. Thing.

I'm willing to bet most of these "hacks" are actually planned releases of information, under the ausipices of an alphabet agency to smear Anon.

That's the problem, anyone can be Anon -- even the NSA/CIA/FBI/DEA/ATF... and to take down the legitimate Anon, all they have to do is intentionally release some mundane information and claim it was done by Anon.


I hope each and every one of them are caught and prosecuted.

Not sure if you mean Anon or members or the criminal aspect of the US state department. These days beings a hackers gets you a longer prison sentence than a rapist.

Acts of civil disobedience are an integral part of a healthy democratic system. Without such tools many of the rights we take for granted today would not exist. Your above comment is the same kind of thing that was spouted at women in the suffragettes movement. Yet today we are glad of their action.....


Explanation: It is a WAR ok!

This is just collateral damage!

As long as the military nessessity is achieved in proportion to the civilian casualties it is all legal and above board ok.

The US Sate Dept is a completely valid military target ok.

Those who work there must be mindfull of that fact and they made the choice to become a target and it IS illegal for military targets to hide behind human shields and so the State Dept is breaking the laws of war to begin with.

Personal Disclosure: And since it is a war ... I don't expect anyone form Anon will be cuaght and prosecuted as Droning them will be so much more effective.

It's stupid crap like this that Anon does that is going to ruin the internet for the rest of us.

So I guess sitting on your batty doing nothing whilst the governments of the world and the UN try and pass laws restricting freedom of speech on the net is a better option... Like thats really going to work now....

Originally posted by elevatedone
You all know who I'm talking about.

I hope the politicians, big bankers, special interest groups, d bag ceos go to jail.. There are messed up things about the system. Anon is just an equal and opposite force. When there is no hope for diplomatic revolution and progression, what means do you expect those who suffer and see their people suffering should take?
edit on 19-2-2013 by ImaFungi because: (no reason given)


and now I understand what a terrorist is... You are part of the reason why the world is a crappy place full of problems... admit these problems exist, are solvable, and work with the people of the world to solve these problems...If not, then we have no hope in working towards making the world a better place, and our sole function will be in making your lives miserable.

But they didnt go after that info, they posted lists of personal info of people who most likely had nothing to do with any crime...disgusting...

We are talking about the arms and hands of the machine here.. Of course they are fair targets...

posted on Feb, 19 2013 @ 03:39 PM
link
I keep hearing that they hack databases but never see the information posted anywhere. Even the government says they are hacked but the evidence never seems to come out. Is the government really behind Anonymous, a false organization formed to make us fear? It would be nice to know if Anonymous was actually really what they say they are.


The problem is that Anon didn't post that information. There have been reports of someone claiming to be Anon, but the core members have no clue about it.
You can read more about it here...
www.reddit.com...


Oooohhhhh Anonymous .. what a bunch of brave tough activists ... unless they antagonize someone with real teeth like the Mexican Drug cartels. In that case they are all like "please dont hurt us, we will do whatever you want".

posted on Feb, 19 2013 @ 03:47 PM
link
The scary thing to me about any of the groups operating right now are all the script kiddie wannabes that blindly assume it has to be right if it has a "expect us!" or "tango down" tag left. Like the guy on this site that argued with me how a DDoS requires multiple people who was basically taking info from the latest MSM article about Anonymous and reciting it.

Just because someone is part of Anonymous, NGDZ, LS or any other group doing things does not automatically make them right , good or correct it just means they have the courage to act on their convictions. Those convictions or beliefs may be wrong or right but so many people need to wake up..Take off the fan boy glasses and really think for themselves.

As a matter of fact the people that give them carte blanche are basically becoming what they are attacking.