For anyone who missed part one, here's a link:

Lesser Known Historical Structures You Should See: Part I

In Part II, we'll take a look at a few structures that while being well-known to archeologist, as well as tourist, have slipped through the cracks of the knowledge to be found on ATS.

First, Let's have a look at the ancient Ruins of Nalanda. It was the site of an ancient university in India, and was famed for the library that it once contained until being burned in 1193. 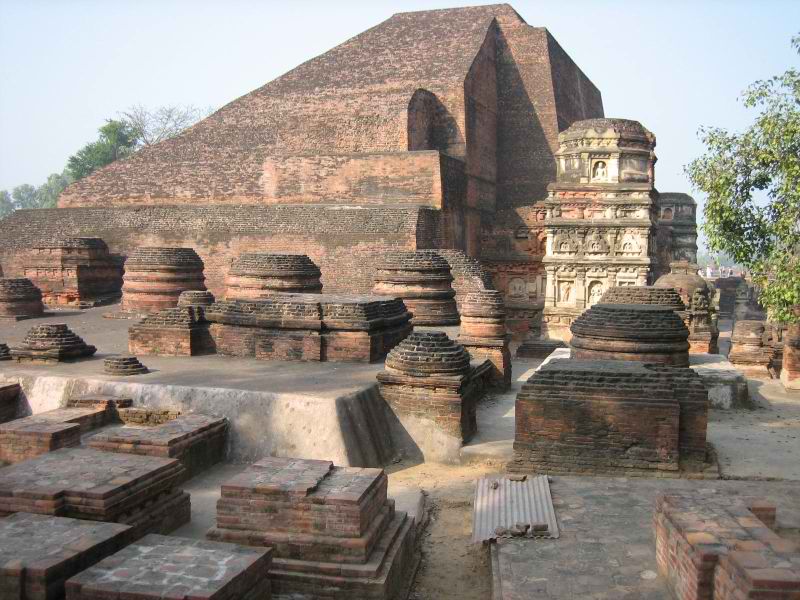 Nālandā was an ancient center of higher learning in Bihar, India.[1] The site is located about 88 kilometers south east of Patna, and was a religious center of learning from the fifth century CE to 1197 CE.[2][3] Nalanda flourished between the reign of the Śakrāditya (whose identity is uncertain and who might have been either Kumara Gupta I or Kumara Gupta II) and 1197 CE, supported by patronage from the Hindu Gupta rulers as well as Buddhist emperors like Harsha and later emperors from the Pala Empire.[4]

The complex was built with red bricks and its ruins occupy an area of 14 hectares. At its peak, the university attracted scholars and students from as far away as Tibet, China, Greece, and Persia.[5] Nalanda was ransacked and destroyed by an army under Bakhtiyar Khilji in 1193. The great library of Nalanda University was so vast that it is reported to have burned for three months after the invaders set fire to it, ransacked and destroyed the monasteries, and drove the monks from the site. In 2006, Singapore, China, India, Japan, and other nations, announced a proposed plan to restore and revive the ancient site as Nalanda International University. 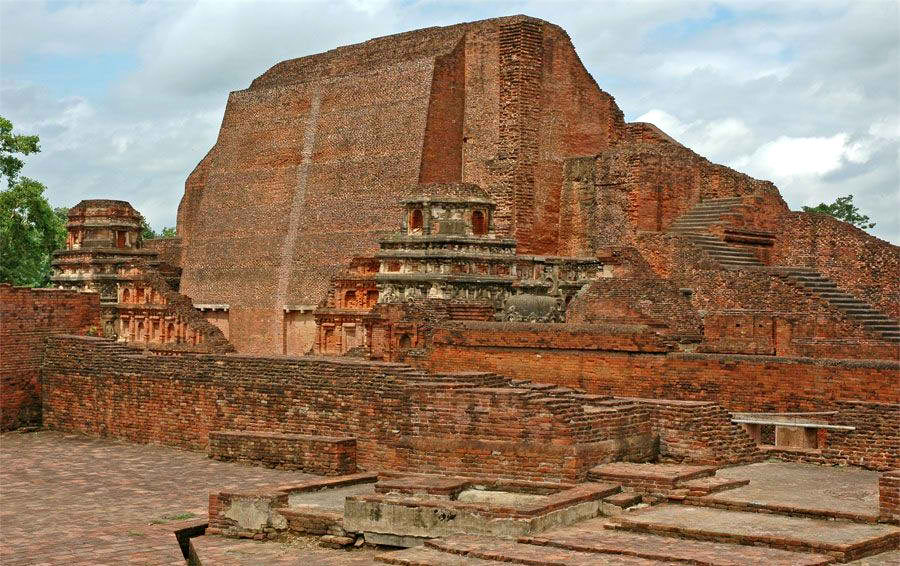 Nalanda University was one of the first universities in the world, founded in the 5th Century BC, and reported to have been visited by the Buddha during his lifetime. At its peak, in the 7th century AD, Nalanda held some 10,000 students when it was visited by the Chinese scholar Xuanzang. 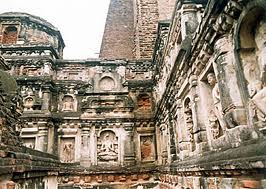 Next on the list, we have Incallajta in Bolivia, an ancient Inca site, that is often overlooked when compared to some of the other more mysterious ruins of the Inca. 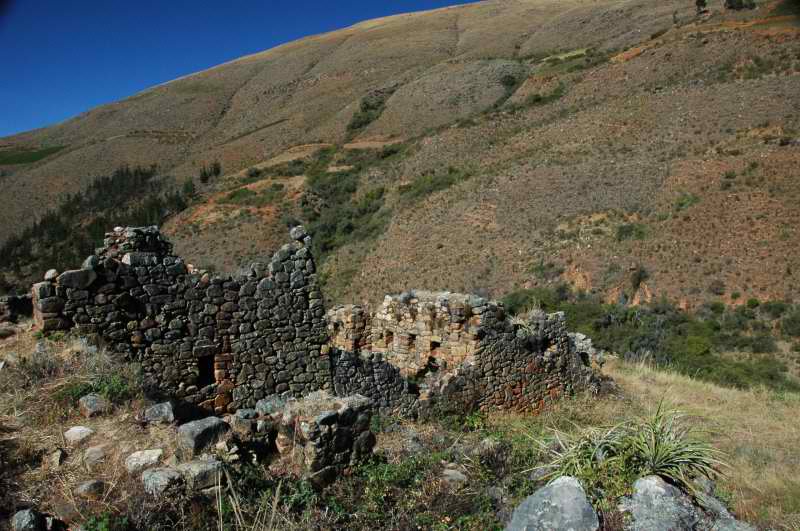 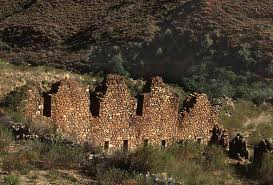 To the north of the city of Totora hugging the Cordillera de Cochabamba the landscape changes rapidly to reveal the stunning ruins of Incallajta. The ruins are located about two hours and fifteen minutes drive or 142 Km. from the city of Cochabamba. The great fortress of Incallajta is a testament to the splendor of the Incan Empire, its massive stone constructions covering roughly 12 hectares following the natural inclines of its protected mountainous location. Some researchers now believe that the complex predates the Incas by around 700 years and served other functions in addition to defense, but this magnificent site is very under-studied by archeologists. This national monument has stunning features like “La Kallanka” a single building whose still standing stone walls measure 22 meters wide and 78 meters long, making it one of the largest pre-Colombian roofed buildings in the hemisphere. The nearby waterfall called Pajcha was likely a site of ritual ceremonies.

posted on Feb, 19 2013 @ 11:59 AM
link
Last on the list for Part II, is the Jetavanarama Dagoba in Anuradhapura, Sri Lanka. It has been chosen to include here because of it's massive size. 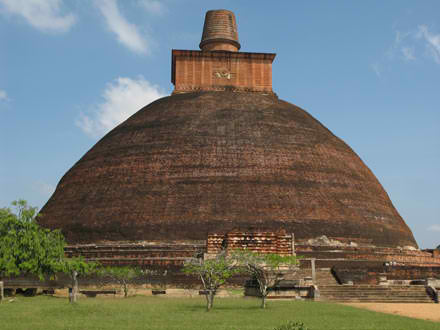 The structure is significant in the island's history for it represents the tensions within the Theravada and Mahayana sects of Buddhist monks, it is also significant in world history as one of the tallest structures in the ancient world.[2][3] The height of the stupa is 400 feet (122 m)[citation needed] and was the tallest ancient stupa in the world, the structure is no longer the tallest however it is the largest with a volume of 233,000 m2 (2,508,000 sq ft). At the time of its completion the structure was the third tallest structure in the world behind the Great Pyramids of Giza.[2] Approximately 93.3 million baked bricks were used in its construction; the engineering ingenuity behind the construction of the structure is a significant development in the history of the island. The sectarian differences between the Buddhist monks also are represented by the stupa as it was built on the premises of the destroyed Mahavihara, which led to a rebellion by a minister of king Mahasena.

This stupa belongs to the Sagalika sect. The compound covers approximately 5.6 hectares and is estimated to have housed 10,000 Buddhist monks. One side of the stupa is 576 ft (176 m) long, and the flights of stairs at each of the four sides of it are 28 ft (9 m) wide. The doorpost to the shrine, which is situated in the courtyard, is 27 ft (8 m) high. The stupa has a 8.5 m (28 ft) deep foundation, and sits on bedrock. Stone inscriptions in the courtyard give the names of people who donated to the building effort. 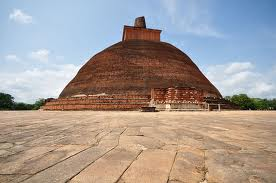 The Jetavanarama Dagoba, which was the pet project of King Mahasena (274-301 AD), is the largest building at Anuradhapura. Originally it was no less than 122 metres high, making it the third tallest structure on earth after the pyramids at Dharshur and Gizeh in Egypt. The Jetavana Dagoba must have dominated the ancient city, just as it dominates the ruins today, even though its height has diminished to about 75 metres. But whereas for centuries its dome has been encrusted with vegetation and its spire broken, it is now being restored with support from UNESCO. 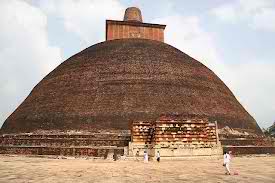 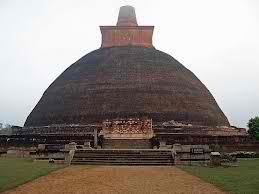 Thanks for taking the time to read this thread, and hopefully I've been able to show at least a few people some of the wonderous structures on our planet that they may not have known of previously.

Keep a watch out for Part III coming soon.

I hate starting in the middle of a story

The great library of Nalanda University was so vast that it is reported to have burned for three months after the invaders set fire to it, ransacked and destroyed the monasteries, and drove the monks from the site.

What is it with the greatest libraries known to man always being burnt down? If we had all the knowledge written down in just the past 5000 years...Wow. Would we be better off? Or worse? I'd like to think the former. S&F.

the one that stood out for me was the minaret of jam, from part 1....no one discusses afghan heritage, or kashmiri.


you reminded me.. i need to do an ATS tour of london..lol

Originally posted by OldToby
Good stuff. Waiting for more thx. Why did every library have to burn down all over the world?

its a question of empire

if a rising empire, burns a dieing empires library

is reverted to being dependant on the new empire

they will burn your crops, so you ask them for food.....same with recoreded knowledge

Did I read that correctly where it states that the library burned for 3 months after it was first set on fire?

WOW, talk about lost knowledge and doing something beyond dumb. Knowledge is power but this is insane, to burn that many books/scrolls/scripts. So much lost that can never be retrieved. What a waste...

Originally posted by OldToby
Good stuff. Waiting for more thx. Why did every library have to burn down all over the world?

Domination and Flourishment of one culture/dynasty/civilization/kingdom by Destruction over another.
edit on 20-2-2013 by hp1229 because: (no reason given)

Originally posted by hp1229
S&F. Great thread. I had started a thread long time back on 'Resurrection of Nalanda'. I havn't followed up on it nor have I heard any news lately.