'The Magical Battle for Britain' during WW2 and how the witches of Britain fought the Nazis. 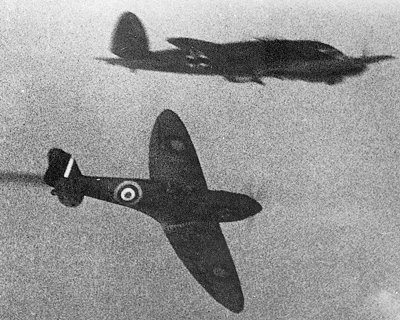 Did you know that Merlin and Arthur and a host of mystical beings fought for Britain during WW2. They were called upon by some very powerful witches and mystics. It happened just before the Battle of Britain, when Britain stood alone, fighting a fearsome enemy, intent on her destruction. 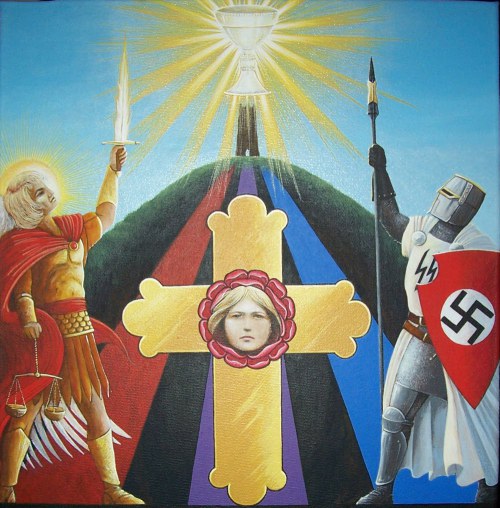 The powers of the ancient world are somehow imbued in the mists and the damp, of this island, where some days everything appears to be slightly shrouded in an intangible haze. Sometimes I can imagine there are doorways in the ether, which lead to places of such magical power like Ancient Briton or as it was once known Albion.

To me the mists, sometimes appear to be like a gossamer veil separating the ‘ real ‘ 21st century world from the other.

They say that Avalon is still here, but it disappeared into the mists, into the ‘other’ because the vibration of man infected the land with heaviness. Avalon could not exist within a heavy, materialistic vibration. So she withdrew, watching, waiting.

I sometimes seem to glimpse it, this world before time. It comes to me unbidden in brief moments such as today, whilst standing alone on a rocky tor, looking across a dewy moor. I even, feel it sometimes, stirring beneath the surface of a million footsteps, when I am standing on a busy street.

Does that sound odd? Yea probably

A rook’s call or a crow’s caw as it rises high in the distance, buoyed by a wind current, wings momentarily extended and still, silhouetted against the evening sky, can momentarily cause my soul to jolt.

Then, for a second, I remember that I have forgotten something, which was lost long ago and buried deep. ‘This thing’ that I cannot quite explain, nudges me at such times. Every now and then I can almost touch it and it feels very powerful and primeval. Resting in a place before time…

Then I remember in my logical mind that we do come from a place before time. All of us have with in our very being stardust, literally in our atoms, building blocks from the big bang, from the birth of the universe.

We are literally and biologically the children of the earth.

So these are just my thoughts, so you know where I am coming from and why I was so interested in the story of ‘The Magical Battle for Britain’ which occurred during World War 2.

I heard about this a few years ago in passing and I am really interested in this story and would love it if ATS members could fill in the gaps.

Below is a link to an article: By Dave Evan and David Sutton, September 2010.
Called: ‘The Magical Battle of Britain of Britain; Fighting Hitler’s Nazis with occult ritual.’
The Link: Fortean Times: www.forteantimes.com...

It involves famous magicians and occultists such as:
Aleistar Crowley: en.wikipedia.org...

She mobilised the witches of Britain to fight the Nazis. This was at a time when everyone thought Britain would fall, the men were away and food was rationed. It was cold, it was grim and people were frightened as London burned under 1000s of bombs.

World War II was destined to be fought on many levels. Above and beyond the tried and tested methods of firing some kind of projectile at the enemy, it saw the use of disinformation and the manipulation of psychology reach new heights as a means of waging war.

The astrologer Louis de Wohl (1903–1961) was employed by the British Intelligence services, whose staff also included Dennis Wheatley and Ian Fleming, to feed disinform¬ation about astrological predict¬ions regarding Hitler directly to the German high command; it has been argued that this is what led to Rudolph Hess’s bizarre flight to Britain in May 1941. See panel ‘Aleister Crowley and Operation Mistletoe’.

Dion Fortune. Born Violet Mary Firth in 1890 to a family of Christian Scientists in North Wales, she was subject to visionary and mediumistic experiences from childhood onwards, believing herself to be a reincarnated Atlantean priestess and to have psychically channelled both Socrates and Merlin.


The rest of the article here: Sutton and Evan. 2010. Fortean Times.
www.forteantimes.com...

“Let us meditate upon angelic Presences, red-robed and armed, patrolling the length and breadth of our land. Visualise a map of Great Britain, and picture these great Presences moving as a vast shadowy form along the coasts, and backwards and forwards from north to south and east to west, keeping watch and ward so that nothing alien can move unobserved.”

Dion Fortune’s response to Britain’s declaration of war with Germany in 1939
skylightpress.wordpress.com...

Anyway - I do have other info and I would love to hear what the rest of you know about the WW2 astral battles.
edit on 9-2-2013 by HelenConway because: (no reason given)


Wow, if she was captured and killed by Nazis too, that may be my PL. I believe that I was an Atlantean Priestess who then became an Egyptian priestess in a follow up lifetime after the destruction of Atlantis.

And I just recently recalled a previous lifetime in Nazi Germany as a (I thought) Gypsy.

Nope she wasn't my PL...she never got caught and gassed.
edit on 9-2-2013 by ldyserenity because: add

Nice thread! I 2 believe there have been mystical battles on this earth. Those fantastic stories cant all be just stories. Bet ur gonna go to the new movie Hansel & Grettel. Seems like a cool witch movie


Dion Fortune died after the war, her life force had been all but used up I think.

She fought the nazis from the British Isles, she was not killed by them but Hitler and co were well known as occultists.

The battle was on the astral. It was a magical battle - more then 1.

I would love to hear more about your stories ?

posted on Feb, 9 2013 @ 07:13 PM
link
Well obviously the witches were not that powerful since it was the good ole U.S.A. that bailed the brits out of trouble.

Britain was all but at the end of her rope before America jumped into the war.

posted on Feb, 9 2013 @ 07:15 PM
link
But during the midst of this great and terrible astral war, dark forces allied with the Nazi regime threatened the lives of numerous talented children with promising futures in the area of occult practice. In defense, four brilliant pioneers of the most advanced occult banded together and founded a mystical fortress only discernible by established practitioners of the arts who were possessed of pure and earnest hearts. This fortress is known today as a myth, and it is called...


well Britain fought bravely alone up until this point and against overwhelming odds. So don't be so quick to kick or judge.

At this time American troops were not in the war and it was after Pearl Harbour they joined the British Forces, for which we owe those men a great debt.
edit on 9-2-2013 by HelenConway because: (no reason given)


It is real, a true story, not fiction AKA Harry Potter - it happened.
edit on 9-2-2013 by HelenConway because: (no reason given)

Originally posted by AfterInfinity
But during the midst of this great and terrible astral war, dark forces allied with the Nazi regime threatened the lives of numerous talented children with promising futures in the area of occult practice. In defense, four brilliant pioneers of the most advanced occult banded together and founded a mystical fortress only discernible by established practitioners of the arts who were possessed of pure and earnest hearts. This fortress is known today as a myth, and it is called...

the story is real actually - you can choose not to believe the results of what they did. However - they did do it,


Absolutely the British fought very bravely and my hat goes off to them. But the fact of the matter is that without US help their time was numbered. They would have simply been overwhelmed and would have ran out of supplies.

It was only a matter of time.


probably - but you could argue that the battles on the astral turned things around, which is why American troops were sent to Britain ?


I'm not seeing a whole lot of compelling evidence for your case. I looked at the site. I didn't see much substantiation. Sorry.


I'm not seeing a whole lot of compelling evidence for your case. I looked at the site. I didn't see much substantiation. Sorry.

well stop reading then Infinity - respectfully,
if you don't like don't read


Well I don't see what turned around for Britain, they were running on fumes until America joined and sent supplies in greater numbers.

Whatever astral battle was waged apparently was not working out well. Of course maybe it did and that's why Hitler switched tactics allowing Britain to breath for a bit. He also cancelled Operation Sea Lion so perhaps your onto something.


So getting back to the OP - just to be clear this is not a made up story.
Dion Fortune, Aleistar Crowley, Dennis Wheatley they are all famous people now dead.

Whether you believe that their ' magic' had any affect - that is another matter, but the witches of England were mobilised and they used their 'powers' to fight the Nazis.

That is not debunkable - it happened.

However you are all entitled to think that they were all a bit deluded and it came to nothing - but that does not take away from the fact that these people did gather and believe they were battling on the astral.

I guess you have to understand or believe in the astral plane to believe it was real.

But even if you don't that fact is they did get together, they did call themselves witches, some of them were very famous.

Originally posted by Hopechest
reply to post by HelenConway


Absolutely the British fought very bravely and my hat goes off to them. But the fact of the matter is that without US help their time was numbered. They would have simply been overwhelmed and would have ran out of supplies.

It was only a matter of time.


You could say that about any of our allies in that war. Only an arrogant american would term their role in the war with such ego and individualism.

I've never come across a russian who said that it was russia who saved britain, despite russia playing a more important role in the usa. Nor have i heard a briton say that we saved russia with our role.

but how many americans are out there talking about they "saved" the both of us.

Britain and russia wouldn't have been on the brink of defeat if america got off its arse in the first place and did the right thing. instead you used the war to exploit and undermine the power of europe, waiting until everyone was on their knees.

the usa role in ww2 is nauseating. it shows the very worst of american culture. No soul, only interested in power and money.

I am open minded about their affects to be honest, but i keep an open mind, who knows..


I agree that we didn't join the war soon enough but it was not Russia that sent supplies and troops to Britain to save her, America did.

Had America not joined the war Russia still would not have saved Britain. America did.

And yes America did save Russia because we opened the second front in the west which made Hitler split his forces.