Why doesnt Nasa have any detailed pictures of the Moon anomally Shard?

My question is why with all the Nasa probes that have been sent to the moon manned and unmanned we still dont have one decent detailed picture of this thing?

I mean Hello this is 2013 thats 12 years after 2001 a space oddessy a film made in 1969 using camera technology that if were fitted to Nasa orbiting moon satelite now could provide the picture detail of resolution required to answer this question.

For reference the shard is spotted in Lunar orbitor picture frame LO-III-84M.


This tower was filmed by an amateur not so long ago and was covered in this thread www.abovetopsecret.com...

However, the youtube clip seems to have "disappeared" now... strange

I remember watching it over 20 times just because i found it so fascinating, he was actually filming it through a telescope and you could clearly see it was there on the moon in real time.


As we all know, Nasa has a reputation to want to "explain things away" that may appear out of place to the layman. If a find is made, they won´t publish it until they have a feasible explanation prepped and ready to go along with the pictures, that is simply how they work.

For example, had this been on earth it could be explained away with being a rare but natural formation of rocks due to erosion/volcanic/tectonic activity. This explanation would satisfy most people. However the moon does not have any of these features, so this explanation would not hold water.

And since they themselves ATM have no clue how to explain this tower, they simply won´t publish the HIGH-RES photos they have of it either(to the public). Hence they are classified along with alot of similar unexplainable things existing on the moon of which they are fully aware, but believe the "public" cannot handle to know about.

This is also the same reason so many of their released photos are paintbrushed beforehand (which have been revealed extensively in other threads).

NASA has a few official spokespersons scanning these forums which are really good at explaining things away, such as JimOberg and Phage(which i respect deeply for their efforts) that surely can explain this "better" than me, if they are in a good mood( lets hope so)
edit on 8-2-2013 by NeoVain because: (no reason given)

posted on Feb, 8 2013 @ 09:55 PM
link
Just the fact that we haven't seen a breathless highly detailed photograph of the 'wow' rock formation on the moon, and instead they give us something that looks like a fog formation throwing a suspicious shadow pretty much tells me everything I need to know. If it was natural, it'd have a name like 'Mt. Vernon' and every schoolchild would know it by sight.


You may be right here. I dont think however it would be impossible for the american public to get detail pictures of this object if they asked for it the correct way. For example the american public put unrealistic pertitions which are destine for failure such as pertition for US government Ufo disclosure, or build a Death Star. Heres a pragammatic and simple one, which wouldnt be very expensive for the US government to accomplish. Please Mr President we the people have requested you order Nasa to provide or take (new pics if necessary) detailed photos of the Shard. If there is truth or not to there being Artificial structures on Moon detailed pictures of the shard is almost certainly a descive way to answer the question.
edit on 8-2-2013 by AthlonSavage because: (no reason given)

Originally posted by NeoVain
This tower was filmed by an amateur not so long ago and was covered in this thread www.abovetopsecret.com...


I made a post on page 5 of that thread where I put together some of the pics that we have of this anomaly: 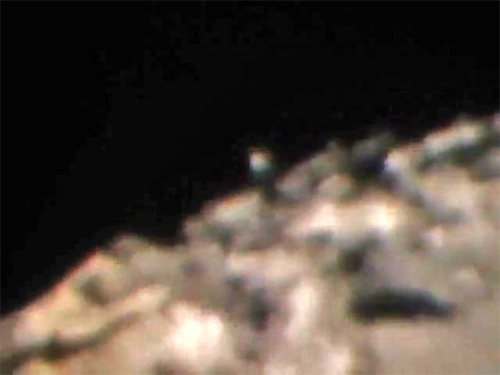 And here it is inverted: 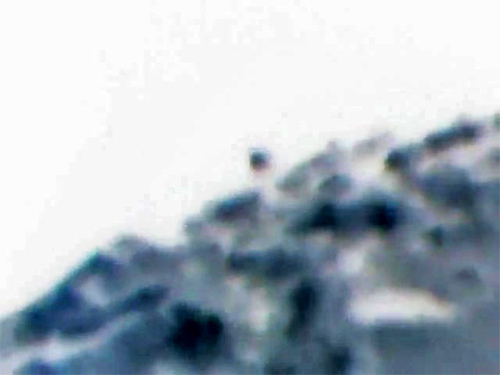 On page 2 someone posted another interesting video.
Here's a good screen from that video: 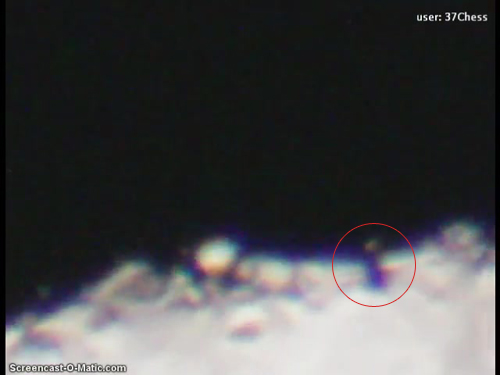 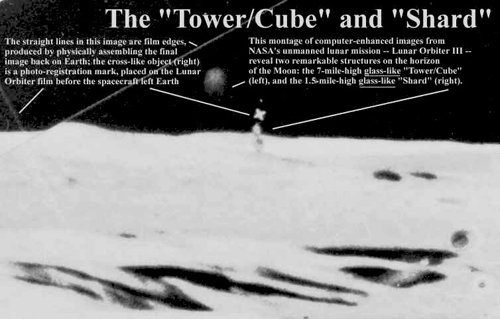 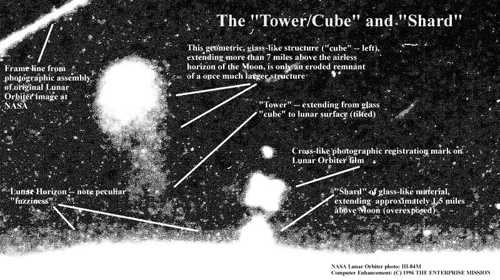 There's also this video and this website which have a few more interesting images: 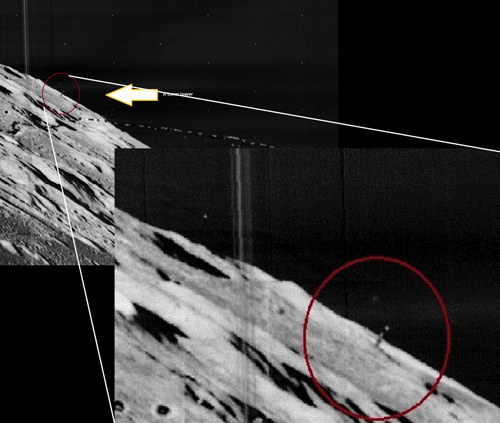 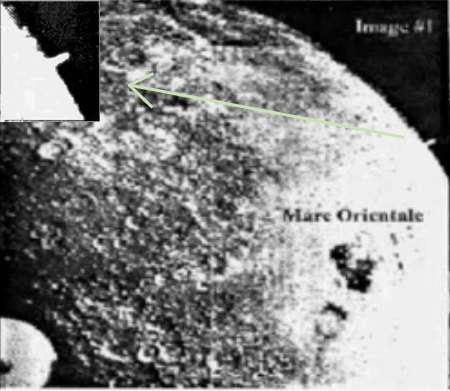 Originally posted by NeoVain
Edit: It seems the user has been removed, username was Saintsdola, and his acct does no longer exist on youtube.. has he been silenced?


I think I still have the video sitting around on my harddrive somewhere... let me take a look.
edit on 8/2/2013 by ChaoticOrder because: (no reason given)

posted on Feb, 8 2013 @ 10:02 PM
link
I always like to find possible explanations before going off into the unplausable.

posted on Feb, 8 2013 @ 10:03 PM
link
As more time passes, and more extremely basic experiments and satellites have been sent to the moon, it is obvious the state of technology dealing with the moon is NOW about where we told it was around 1969. We certainly never landed humans and it would seem, never even orbited humans.

I think I still have the video sitting around on my harddrive somewhere... let me take a look.

That would surely be awesome, as that movie is the best one i have seen to date of this tower. If you find it, please upload it to youtube and share it with us all, i would appreciate it very much(and i am sure other would as well)

I always like to find possible explanations before going off into the unplausable.


Theories on how such an anomally may of been formed naturally ( assuming it is natural) are good to have. At the end of the day however a detailed picture can quickely end speculation. Even if it is natural geology just by the fact it is so bizzare youd think Nasa's planet geologists would be all over this one to show case their talents.


Yea it certainly does not look natural to me at all. Seems very out of place.

Can't wait to see if we find more information out about it.


Ok I can't really be bothered going through the trouble of re-uploading them to YouTube, so I think I'll take this chance to test out how well the new MEGA service works. I've uploaded a file containing both the video you seek and the video posted on page 2 of the thread you linked to (which was a similar amateur video). The .7z file (an archive file which can be extracted with 7 zip or WinRar) should contain two .flv video files (flash video files pulled from YouTube). These video files can be played with VLC media player or any other media player assuming you have the correct video codecs installed.


Thank you, it seems to have worked extremely well, i got 500kb/s throughout the download and i now have both files. !

I also took the liberty to re-upload it to youtube.


The video is Amazing to watch thanks for the upload. The more i see the tower the more i see a artifical structure.

Originally posted by pacifier2012
It might be for the same reason there is no NASA picture of the 'crashed' space ship on the other side of the moon.... it doesn't exist?

There is certainly more proof to the contrary than there is proof that it "doesn´t exist". No idea how you got those stars for such an ignorant post, on a forum where the motto "deny ignorance" is held in such high regard.

(talking about the tower here, not the spaceship)
edit on 8-2-2013 by NeoVain because: (no reason given)

Originally posted by ChaoticOrder
On page 2 someone posted another interesting video.
Here's a good screen from that video:

Looking at these two images again, it seems I missed something (I don't know how I overlooked this). In the first image, we can also see another large tower object with a spherical top located to the left of the smaller tower. In the second image (a computer-enhanced montage of the LO-III images referenced by the OP), we can clearly see what appears to be the exact same two structures. The smaller one to the right and more to the front, and the smaller one to the left and more to the back. That's fairly mind blowing if you ask me.
edit on 8/2/2013 by ChaoticOrder because: (no reason given)