Prominent American psychic research subject, parapsychologist, and author. Born September 14, 1933, at Telluride, Colorado, he studied at Westminster College, Salt Lake City, Utah, receiving a double bachelor's degree in biology and art. He enlisted in the U.S. Army and served three years in Korea, after which he worked for twelve years at the United Nations Secretariat while pursuing an independent art career.

posted on Feb, 2 2013 @ 03:03 AM
link
A real giant in the world of Remote Viewing and Consciousness studies died Friday. He was the one that set the standard for all the others to follow.

Not to mention the only Remote Viewer that the Pentagon brass were afraid to eat lunch with, 'because I might read their minds...'.


One of the first most remarkable experiments involved a successful attempt to influence the stable magnetic field of a super-cooled Josephson junction inside a quark detector (a complex apparatus designed to detect subatomic particles). The apparatus was completely inaccessible, being encased in aluminum and copper containers and buried in five feet of concrete. When Swann mentally visualized the hidden target, significant variations were recorded in sine waves. This PK effect was reported at a conference on quantum physics and parapsychology.

On April 27, 1973, in another extraordinary experiment, Swann "visited" the planet Jupiter in a joint "psychic probe" shared by fellow psychic Harold Sherman. Swann's drawings made during the experiment showed a 'ring' of tiny asteroids around the planet which scientists at the time said did not exist. The existence of the ring was later scientifically confirmed in 1979.

From the first experiments, Swann was increasingly considered a very unique test subject because, at the command of the experimenters, he could reproduce and sustain the desired effects over time at a significant rate of success. Throughout the history of parapsychology, other test subjects had been temporarily or spontaneously successful. But these subjects typically suffered from the well-known "decline effect" or "psi-missing effect" which statistically erased the successes, and thus permitted skeptics to believe that the successes were due to some outside factor other than claimed human psi abilities.

www.rviewer.com
(visit the link for the full news article)
edit on Sat Feb 2 2013 by DontTreadOnMe because: EX TAGS IMPORTANT: Using Content From Other Websites on ATS

Skyfloating
+5 more
posted on Feb, 2 2013 @ 03:05 AM
link
At least he somewhat knows his way around the afterlife. May you travel in peace Ingo Swann.

posted on Feb, 2 2013 @ 03:09 AM
link
Oddly, I got the urge out of the blue today to re-read Penetration. My god, what a life this man had. I can just see him visiting Jupiter again like an old friend.

Here, for the newbies:

posted on Feb, 2 2013 @ 03:17 AM
link
I was reading some articles on him less than 2 weeks ago.One of those people so absolutely intriguing,one would give up a limb to meet.If given a choice between the Dalai Lama and Ingo Swann,my choice would have been the latter.May it be well with him,indeed.

posted on Feb, 2 2013 @ 04:00 AM
link
It's really weird, yesterday I was thinking how I should inform Mr Swann about the novel called Mysterium, written by Italian couple, historians, who recount some strange events of 17 century. It is about falsifying the complete Greek, Roman and Byzantium history throughout the period of renaissance.
The book reminded me of Mr Swann, not only because of distinguished writing style, but also because of intelligent narration of the most intricate and complex conspiracy in a manner that does not provoke bull# detector in a way that most other conspiracy theories do.
However, I have never had the privilege to meet Mr Swann in person, so I thought it's odd to entertain an idea of informing him about my recent reads. Only later that day to learn about his death.
He was a great man, and I hope his writings will never get saturated by a maze of mediocre slants on the topic of human consciousness.

posted on Feb, 2 2013 @ 04:15 AM
link
Here is one of hid videos that he recalls seeing the melting ice packs in the arctic circle.

Interestingly, Major Ed Dames speaks of a similar event, and Courty Brown has records of his Institute RV'ing Washington DC being underwater, and ice bergs floating by.
Additionally, only he knows what MS15 (orbiting the Sun) is, or what it's purpose is.
Here is a link to his website.
biomindsuperpowers.com...

Ingo Swann has been praised by the Remote Viewing community for over 30 years. Word has it that when the Stargate Project was terminated, The U.S. Military, moved it in to the Black Budget Programs. One of the original members from Ft. Meade, number 001, was Joe McMoneagle. It was Joe who was awarded the Congressional Legion of Merit. He is still active in corporate espionage cases, and was trained by Ingo Swann. I have great respect for these pioneers in SRI. In many cases, they were the first line of defense during the Cold War with Communist Russia. The USSR, has their own teams, doing the same kind of psychic espionage against The West.
It is this type of covert warfare, which I believe is behind these mass school murders.

posted on Feb, 2 2013 @ 04:27 AM
link
I just thought of asking on this thread-because members who know more than me of RV will be likely to respond-are they referred to as "Sighters" among the military,or themselves?

This is a damn shame. I thought very, very highly of Mr. Swann. Reading his extremely expansive works enlightened me like no other writer ever did.

He was so, so much more than a remote viewer. His insights into how humans think and percieve reality, to me, are far far greater a contribution.

RIP, Ingo. You will be missed by this Texan

Originally posted by Raxoxane
I just thought of asking on this thread-because members who know more than me of RV will be likely to respond-are they referred to as "Sighters" among the military,or themselves?

The Russians use a different set of protocols. Perhaps they call themselves "sighters", I don't know.
As for the Chinese children that are trained at Yunnan Wenshan Teachers’ College in Yunna Province, the researchers developed several techniques. One is called EHF, exceptional human function, and the other is called psychic writing. Perhaps they are called "writers", but that is just speculative.
However up to 1995, the U. S. military referred to their members as "viewers."
That may have changed, by now.
P.S.
Is that a floral arrangement on your desk?
edit on 2-2-2013 by Violater1 because: (no reason given)

Can anyone current with the remote viewing scene fill us in on who is legit and what inroads are being made. Every time I hear Ed Dames on Coast to Coast, he comes off as such a doom and gloom kook (very full of himself).

Rest In Peace Ingo, you earned it.

posted on Feb, 2 2013 @ 10:54 AM
link
Well, it's like he was sending out his signals, a few days ago I just told someone about my visit with him in Greenwich Village even though I haven't spoken of him in years. My girlfriend at the time and I were very active in psychic research, and we had a great evening with Swann and he showed us around the Village. He was flying down to Florida the next day because a hurricane was coming in and he wanted to be part of it.

I phoned him maybe six, eight years ago, and he told me that when he had been operated on he had one of those "floating above my body" experiences which lasted about 25 minutes. I said that must have been really interesting and he said it was terrifying. I hope his passing was easier and a good trip for him.

Thanks for the news, I don't know where else I would have run across this than on ATS. s and f for this sad bulletin.

p.s. edit: and yes, he was active in Scientology and credited Hubbard's techniques with bringing his ability to remote view to the fore. Scientology isn't all bad, or even most the time, its just when they don't consider draining their people's bank accounts out of bounds. I don't even know, are Targ and Puthoff still alive? (added, yes, they are, and they and Swann were around the same age. It should be one great funeral service, and if I judge Swann right he would have invited anyone who wanted to come. Maybe someone from ATS can go over to the wake and funeral and tell the rest of us some great stories afterwards.)
edit on 2-2-2013 by Aleister because: (no reason given)
edit on 2-2-2013 by Aleister because: (no reason given)

May he RIP, but let's give it up with the remote viewing nonsense. 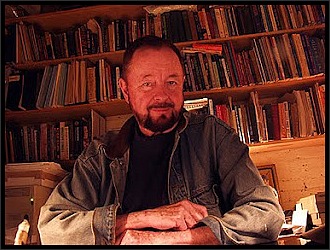 So, Ingo is off to join the mute miners on the moon. 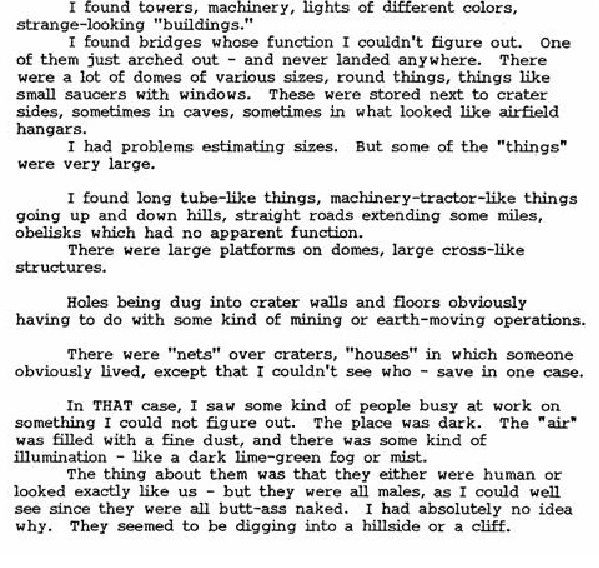 Originally posted by DaTroof
I'm surprised you all didn't remote-see this coming.

May he RIP, but let's give it up with the remote viewing nonsense.


# off. That's not how remote viewing works. and it does work.