If its semi-auto and you can GRIP it, it's banned!!!

I read this earlier this morning and just could not believe it. Thankfully someone is paying attention out their in cyber world because you probably have not heard this yet. If you have, please share your thoughts.

The article cited covers many extreme flaws in Feinstein's legislation. However, I am focusing on the worst of them.


All semi-autos are outlawed, not just some. Pro-rights and anti-rights attention has been focused on the tremendous list of guns that would be banned under Feinstein’s bill, which takes up a significant portion of the 122 pages of this proposal.

Here’s the problem none of the “news” reports have spotted:

If the semi-auto firearm has anything to grip it by, it is banned. (There is a grandfather clause for old stuff.)

According to the bill, any semiautomatic firearm that uses a magazine — handgun, rifle or shotgun — equipped with a “pistol grip,” would be banned. That sounds like a limitation, but it is not.

A pistol grip (on page 2) is defined (on page 13) as “a grip, a thumb-hole stock, or any other characteristic that can function as a grip.” In other words, the gun list does not matter. It is a smokescreen designed to distract people from the true meaning of the bill. And it has done a magnificent job. It worked!

Any semi-automatic firearm that exists, with anything on it you can grip, is banned.

The list is meaningless tripe. It is camouflage for the real purpose of the bill. When the president said he is not going to take away your guns, well, Feinstein’s bill puts the lie to that.

Yes, that includes all semi auto pistols too!!!!

P.S. There is a section in Feinstein’s bill referring to “grandfathered semiautomatic assault weapons” illegal under federal law section 922(v). Someone should tell her lawyers that 922(v) expired eight years ago and is no longer valid, so that section makes no sense, doesn’t describe anything, and someone should slap those lawyers upside the head. It’s a small point.


Please share this information with as many people as possible....

posted on Feb, 1 2013 @ 08:41 AM
link
I hope they keep it up. It is political suicide and will result in them losing seats in the Senate next election cycle. I doubt many Democrats will actually vote for it. Maybe the really stupid ones will. Maybe if they are retiring anyway they will.


I would think that would would have to "grip" any type of firearm in order to hold it.

Fienstiens ban would also lump lever action rifles into the assualt weapons ban. And as previously noted by many others, then of course, bolt action hunting rifles will become "Sniper" rifles before to long.

posted on Feb, 1 2013 @ 08:46 AM
link
Yeah, I don't think this was accidental, neither was the fact that msm "missed" it.
they're all in on it.
useful idiots. they'll be the first ones to beg for help when the wheels fall off.

Nothing addresses criminals — everything is aimed at innocent people who haven’t done anything wrong. There is not even any “malum in se” (legalese for intent to do wrong) or criminal intention. It is all “malum prohibitum” (wrong because we say so), the worst kind of bureaucratic and government abuse — crime by decree. The critics appear to be right. This is not about gun control, it is purely about control. The bill simply removes the right to own property Americans currently own.

Despite labels that warn psychotropic drugs may cause psychotic episodes, suicidal tendencies, manic behavior, sudden death and various social and psychological disturbances, this is unaddressed in the democrat’s proposed solution to mass murder by people hopped up on psychologically prescribed medications. Reports indicate that virtually all the mass murders were “deaths under the influence” (DUI) it is missing in the bill, an omission of Feinsteinian proportions. (The Citizens Commission on Human Rights International has a researched list of perps and their drugs here: www.cchrint.org...)

This one has already been discussed around ATS

Every aspect of this bill appears to be an infringement on the Bill Of Rights, with no legitimate justification. Congress cannot pass infringements by majority vote. That is forbidden, although the word “infringement” itself is universally missing in “news” reports, in case you haven’t noticed.

Don't really know what to say to this.
Can't tell if it's a joke or... I don't know
edit on Fri Feb 1 2013 by DontTreadOnMe because: (no reason given)

If the semi-auto firearm has anything to grip it by, it is banned. (There is a grandfather clause for old stuff.)

Right there. Grandfather clause. You get to keep your lil grips if you already own one.

This is just the assault weapon ban of 1994 re-newed *basically*.

Dunno why people are freaking out, this already happened a couple decades ago.
edit on 1-2-2013 by WaterBottle because: (no reason given)


This is just the assault weapon ban of 1994 re-newed *basically*.

Dunno why people are freaking out, this already happened a couple decades ago.
edit on 1-2-2013 by WaterBottle because: (no reason given)


Except wasn't that one with 2 military characteristics? So just having a pistol grip wouldn't make it illegal in 1994.. That's a Big difference.

Except wasn't that one with 2 military characteristics? So just having a pistol grip wouldn't make it illegal in 1994.. That's a Big difference.

That is a key difference between the 94 ban and this new one.

Anyone who thinks this is a simple renewal of the 94 ban obviously hanst read it or doesnt know squat about the 94 ban in the first place.


I guess I have to agree with you!

Nah, Dianne Frankenstein doesn't want our guns, does she?


I wonder if something like this is a grip?? 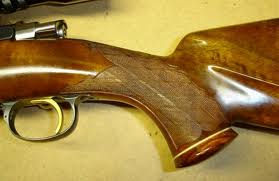 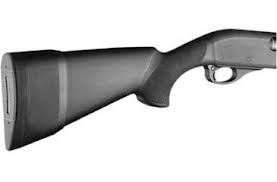 If so, well... A lot of Gun makers will be out of business..


They are leaving it vague for this very reason.... They will just move the goal posts as they go along....

The main focus seems to rid us of our semi automatic weapons in general. The legislation makes no mention whatsoever regarding revolvers which certainly have "grips" and which can commonly hold up to 7 rounds and can be reloaded quickly with a speed loader or moon clips. Yet they focus on 10 round magazines and semi autos for some reason.. It makes no sense... 7 rounds of .44 vs. 10 rounds of 9mm or .380 blah blah..

Its a mess... I just hope our fearless reps. on the hill thoroughly understand it all...


If you can hold it it's banned:

“The term ‘pistol grip’ means a grip, a thumb-hole stock, or any other characteristic that can function as a grip.”

Any other characteristic that can function as a grip.

If it fits in your hand it'll be illegal.

Someone should ask her about her CCW that she acquired in 1995 right after viciously fighting for the 1994 AWB.