He was reported missing to police in Galway in June last year.

He was found dishevelled with a long beard and very long fingernails and had lost a lot of weight.

Mr McGeever was picked up on a country road near Ballinamore in County Leitrim on Tuesday night.

edit on 2/1/2013 by semperfortis because: copy the EXACT headline

posted on Feb, 1 2013 @ 08:23 AM
link
I really cant wrap my head around this, He was a multi millionaire and owns a 3million Euro home... I really dont understand this.

"He said rumours that he had been abducted and that an insult had been carved on his head were speculation".

"As far as the scar carved on his head, there is no clear evidence of that"

Im going to go all alternative theory with this,

Maybe TPTB decided he was a threat and decided to abduct him and show him a hard time, for whatever motives they had.

Maybe he is part of a satanic cult and they were performing a satanic ritual, which involved carving his head with esoteric symbols in order to be initiated?

Maybe somebody really hated the guy and decided to give him 8 months of hell?

Maybe just plain old..... NOthing to see here.... had to report this as the public are asking questions..... No official story so SCRAM filthy poor filthy humans ( Rupert Murdoch laughing controllably) .


www.bbc.co.uk
(visit the link for the full news article)

posted on Feb, 1 2013 @ 08:28 AM
link
This comes on the heels of the mysterious reappearance of the coast guard sailor that had gone missing months ago. Coast Guard Sailor Reappaears After Missing For 3 Months

Certainly strange. I hope this isn't the beginning of some new trend.

posted on Feb, 1 2013 @ 08:33 AM
link
Hmm, that is a very weird story. hard to come up with any answers but if I had to guess, I think it might have been a ransom, that fell through obviously Giving the amount of money he had. Irish dont mess around, at least they didnt back in the 80's and early 90's. Patriot Games

Sure you cant remember the name......miss.

“Then he contacted some other friend and I spoke to him and he mentioned that they would meet in an hotel. I thought, there’s no way an hotel would let this man inside their door, so I suggested to the friend that we could drive to the Tesco car park in Carrick-on-Shannon and we could meet there. I don’t know where the friend was but I was able to tell him where Carrick-on-Shannon was.

“We never got there as we stopped at the Garda station in Ballinamore on the way. When the man got into our car he told us he had no shoes on. I said he could have been killed in the middle of the road and he said three men threw him out of a van.

Three men threw him out of a van you say, This rabbit hole just keeps getting deeper.

Ms Vallely said she offered to go for chips and Mr McGeever said he would only eat them with curry. Gardaí checked his details and discovered he was the Kevin Michael McGeever who had been missing for eight months.

Ms Vallely said: “We were told he used to be 16-and-a-half stone. He was just skin and bones now.”

Who could have treat the man this badly? He must of been severely suffering from Hunger, Skin and bones?

She said the man didn’t specifically say how long he had been held; just that he had been in a van and three people had thrown him out because of mistaken identity. He carried a black plastic sheet, something like a bin bag and he wore a cap, so she couldn’t say if anything was written on his forehead.

I find the part "she couldn’t say if anything was written on his forehead" to be very weird, most like "He would not allow me to tell the public what was on his forehead"

DUBLIN, Ireland, Feb. 1 (UPI) -- An Irish developer missing for months was discovered along a roadside, emaciated, thirsty and with a slur cut into his forehead, police said Thursday. Read more: www.upi.com...

The newspapers did not report what phrase was cut into his forehead. Read more: www.upi.com...

posted on Feb, 1 2013 @ 08:59 AM
link
Well there are a couple of websites reporting that on the radio it was mentioned that the slur carved into his head was the word "thief"....and one website member also says that The Examiner reported that "thief" was the word cut into his forehead too.

There is no mention of the word in The Examiner's article though, other than that he had a hat on so the woman could not say if anything was written on him.

posted on Feb, 1 2013 @ 09:12 AM
link
Only speculating here, but a lot of Irish (and IRA) made a fortune in the Dubai property boom. Possibly some deals went sour with the crash and this is the outcome. Not aliens or abductions, just good old fashioned Irish retribution.

‘I was kidnapped and tortured by Russian gangsters’: Property developer claims he was held for EIGHT MONTHS and had ‘thief’ carved into his forehead.

Kevin Michael McGeever, a property developer, had the word ‘thief’ carved into his forehead and was kept in a 'darkened container' because he owed money to both Russian gangsters and the IRA, he said.

posted on Feb, 1 2013 @ 11:01 AM
link
I found a discussion board where investors had evidently bought into Kevin McGeever's company KMM International Properties located in Dubai. The name of the apartment building was Shami Tower.

They are discussing why they can't get ahold of the company, that the building construction was halted, investors are worried about their money.

So I visted the ShamiTower.com website and low and behold they got an infusion of cash this week to finish the project, which has since been on hold since 2010!

We have received the cash flow from Majid Hilal Contractor, soon it will be displayed on website, and we are delighted to announce that construction will certainly resume in the month of Feb 2013. 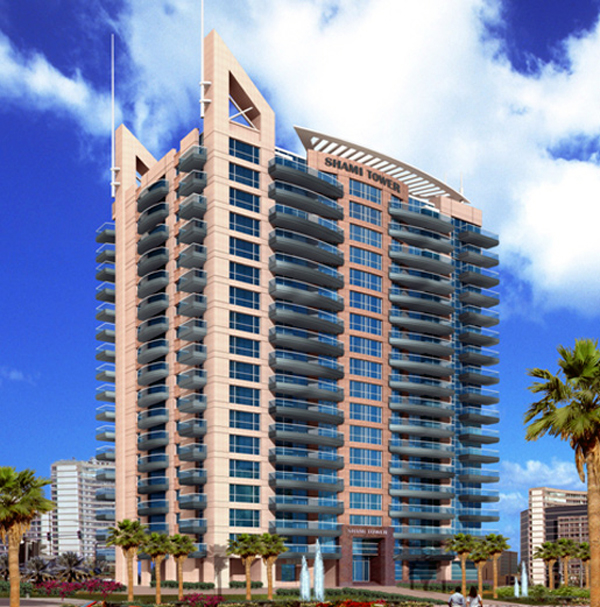 Evidentialy KMM Properties was in partnership with company called Erum Developers to develop the Shami Tower.

It was a Pakistani investor.

There is another company involved, but still trying to determine everyone's roles. The company was named Brouks, I think they may have been the contractor builder.

Having a hard time putting the links in order.


Hello Shami Tower owners.. as all of you know the builder ran away and is hiding in Pakistan..we are trying to find out those people who paid money to builders and trying to locate them.. there are so many builders affected and we are trying to form a group to find the builder and get our money back legally or thru FBI/investigators...

Originally posted by HumansEh
Russian mafia is the latest rumour.

Well it IS how they make vodka.

"He said rumours that he had been abducted and that an insult had been carved on his head were speculation".


This is not a quote from the article, so where did you get it? In fact this statement runs counter to the thrust of the article you posted.

The essentials seem to run thusly. A fantastically wealthy man, who earned his money in the foreign property market, is found eight months after his vanishing act, wandering the streets, and unsure of some of the details of what happened between being kidnapped, and the time he was found.

Seems to me that there must be something that will explain his memory loss. Medically speaking, there are various possible explanations, including but not limited to amnesia bought on by blunt force trauma to the head, some sort of neurological failiure, like a brain bleed, things of that nature.

However, since the gentleman appears to have been kidnapped, there is also the possibility that apart from seeking ransom from his family, the kidnappers may also have used interrogation techniques on the victim to prise from him some secret, perhaps the location of a stash of money or deeds to property. Traditional methods can include severe beatings, more modern methods may have included waterboarding and simulated hangings and so on.

But the possibilities that the above scenario presents do not end at tortures. The target could have been drugged with any number of substances, including cloroform, and in a worst case scenario, scopolamine. We all know the effects of chloroform, typically shown in movies as being used on a rag, held over the mouth and nose of the intended victims, inducing unconciousness. Scopolamine for instance has been reported to put people in such a suggestable state, that they will assist in the theft of thier OWN organs! People have helped theives empty thier houses, withdrawn thier life savings under the instructions of bandits, all of these have been attributed to this drug. Its most common in Mexico and other nations in the central and south Americas, where the plant from which it comes grows. However, as we know, these things can be transported, despite border controls.

This drug, and others which fit into similar categories, can cause memory loss as part of thier side effects. Now, if the victim in this case had been drugged with such a thing, for the reason of wresting from him some secret, then it may be some time before he acclimates to normalcy after this ideal, and discovers what the kidnappers may have done with the information he might have given them. Furthermore, we may never find out about it, especially if that information relates to the sort of secret that the authorities might be unfavourably interested in.

If the carving of obscenities on the victims skull is a fact, then this may indicate prior familiarity with the target, or a personal grudge against him for one reason or another.

Of course, this is all speculation. However, there are very few reasons that a kidnapper would carve things into thier targets head. It makes no sense to hurt a target, if the intention is solely to aquire a ransom for thier safe return. There must have been something more going on than a simple kidnap, must have been more to it than a desire to get rich quick by taking a well off face from the property scene.

Something feels deeply fishy to me, and I am sure that there is more to learn. As I mentioned, there are several reasons why we may never find out more on this, but rest absolutely certain, that there is something properly messed up at the back of all this.

An Irish property developer has been found wandering along a country road in a confused state and with the word "thief" scrawled across his head, eight months after he went missing.

posted on Feb, 1 2013 @ 04:58 PM
link
Maybe its a simple case of "Tar and Feathers" for the con man, minus the tar and feathers lol lol. Sounds like some local folks had enough of his dealings and took matters into their own hands The Irish, got to love them.

ERM are you saying the amount of money you have precludes you from a mental breakdown ! Come on !!!!