Freak and Rogue Waves Around the World

posted on Jan, 29 2013 @ 11:07 AM
link
Over the last year I must have read at least 6 stories that had to do with freak or rogue waves sweeping people to their deaths or causing them to go missing.

Now if this is the wrong place for the post then I welcome it to be moved.

But I was wondering what is causing all these freak waves. They have struck all over the world some at sea and others along the beaches.

Could there be a link to these waves and the suns recent activity?

Could this be a HAARP study gone array?

Could this be a sign of a Polar shift or tectonic plate movement?

One thing for sure is that there seems to be a lot of freak waves for no apparent reason.

Could pattern begin to emerge that could shed some light on the cause?

What do you ATS users think?

posted on Jan, 29 2013 @ 11:22 AM
link
No conspiracy needed. Ever. Rogue waves have been around as long as the sea. They are just now being identified and tracked, thanks to the tech that is available now that was not available even 20 years ago. Before that, their destructive nature usually meant no survivors to tell their tale.
They are caused be that moment within chaos known as synchronicity.
When parallel waves meet, their mass and force combine, making new bigger and stronger waves. This is normal. It is called constructive interference.
When non-parallel waves meet, their mass and force dissipates at each juncture. It is call destructive interference. In water, it's called being "choppy."
Except for those times when everything just happens to meet up exactly right. It cannot be forecast. It is very rare. A rogue wave forms, combining huge amounts of mass and force.
This is a very, very simplification of a really complex process. I suggest looking up online an article all about wave physics and rogue waves in Discover Magazine. Their archives are available; the article I read (oh so long ago...I think I got the basics correct, though) is from many years ago....maybe 6?
Heck, I even found the article for you:
Rogue Waves
I was interested in this for work. I had to take several tubs of water to empty and had to cross a tiled (with grout) floor. Each step and bump made waves bigger (parallel, constructive), until a sudden stop....the tubs would almost empty in a single slosh. I read this article and started putting the tubs at an angle (non-parallel, destructive) and the water would make a little splashing pattern and did not slosh ever. Physics at work, literally.
edit on 29-1-2013 by stars15k because: added source
edit on 29-1-2013 by stars15k because: reword for clarity 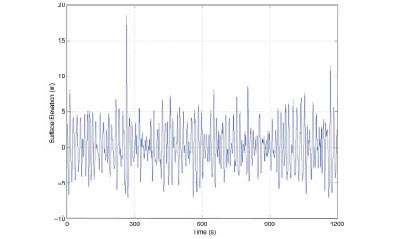 Above: a recording of the rogue wave off the Draupner Platform in the North Sea on New Year's Day 1995.

The picture below was taken on the oil freighter Esso Languedoc outside the coast of Durban (1980). The man who took it, Philippe Lijour, estimated the mean wave height when this occurred to be about 5-10 m. The mast on the starboard side is 25 m above the mean sea level. The wave approached from behind and broke over deck, but caused only minor damage. 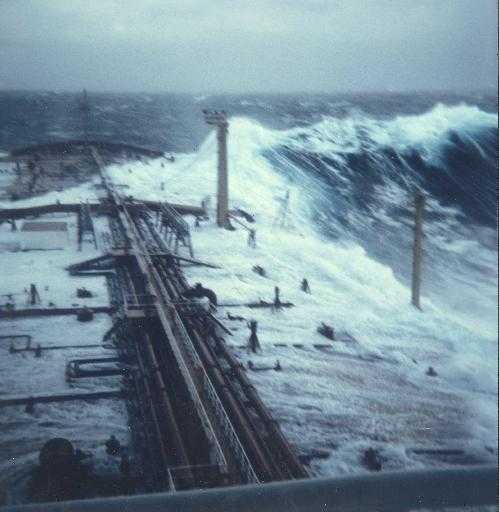 
thanks that was a good article. My grandfather used to make model Oil rigs that were built in tanks for that very purpose. though the article claims they may be more common than thought it is interesting to note that these large waves are on the increase they are not necessarily rogue but just large freak waves.

posted on Mar, 7 2013 @ 02:11 PM
link
Ok Here is another story just today of another wave killing in Mexico that makes two in less than a year


The mexico one was described in another forum I visit by someone in the local of said incident. Supposedly the locals call that divorce beach because often tourists go to the beach which is common to have large waves inudate under the arch where the people lost there lives. He went on to say that it wasn't a large wave at all or rouge but happens often and its just stupid tourists who get caught up in it, as the locals know of the danger and steer clear. Nothing odd just people unaware of there surroundings.

Least from a locals account, but picked up because someone died and now its being run with in the news as some one off event.