However, while the first hack was restored when the U.S. government swiftly acted to wipe the site from its DNS and pull the IP address, and then restore the website, the same resolution may not be possible as it seems Anonymous - and/or AntiSec - still have access.

Could it be that the video they posted about having access to all of their websites has some merit? They stated that they let the government think they had dealt a crippling blow to them, but used that time to infiltrate them even further.

This really makes me wonder what information they did obtain.

The government website was pulled offline and restored by Saturday. Now, on Sunday afternoon, the U.S. Sentencing Commission website appears to have been compromised a second time, severely, wherein a code being issued by Operation Last Resort and other Anonymous social media accounts turns ussc.gov into a game of Asteroids.

Upon visiting ussc.gov and entering enter Konami code (with cursor keys) ↑↑↓↓←→←→ (up up, down down, left right left right) then keys B, A and "Enter" - the page becomes a playable version of the old Atari game, Asteroids.

posted on Jan, 28 2013 @ 05:27 PM
link
It is now Monday afternoon, evening, and the site is still inaccessible.
Maybe they are having problems getting it restored?"
Or they just dont see the point if its just going to go down again.

Any how, IMO this is the first time anon as even somewhat impressed me concerning what they have said/planned to do.
Hopefully there is MUCH more to come of this,


Indeed. I am sure the US Government thought they took every precaution and fixed all the loop holes in their site, but now they are helpless.

It's nice for them to see and feel how the US population feels!

I'm confused with Anon. Are they playing games with the Gov. or really trying to change something?


Perhaps the Gov. thinks Anon is just playing a big game, so Anon showed them a game, to re-emphasize their 'thirst' for justice.
W.e that justice may be i don't know. As with most the other Anon ops, well just have to wait and see weather or not they deliver on their promise

If anon means business then show the world that they hold all the cards.

This is something a nerd would do if he scared of a bully.

I wanna see a frickin bloody nose already that will wake some people up.


They had stated in their video that they were playing a game with the government and the only winning move is not to play. I assume (speculation of course) that if the government "loses" then they will release the info, I have a feeling, they released the small portion of what they had as a warning that they did indeed download information. I assume that only those who had access to that info really know what the rest of it is.

Maybe it's Jimmy Hoffa and Bigfoot time traveling to an alien planet.


You wouldn't want to instill mass fear and panic by blowing peoples minds right away . You'd lead up to it, and when the time is right, spread the word.


I'm sure that's how the Government justifies the suppression of information too. Anon don't strike me as the type of people who would hold onto sensitive information and wait for the right time to release. They aim to stir up controversy in any way they can, they don't care about making people feel safe and secure with their releases, they want it to hit you hard in the face and wake you the hell up.

If that makes sense. I'm just trying to look at explanations, (not excuses) for why they haven't released game changing evidence.

They haven't released any game changing evidence because any Government agency worth their salt will not keep highly sensitive information on computers connected to the internet. The best stuff probably isn't even stored on computers, but physical documents locked away in safes which require an extremely high level of security clearance to access them.
edit on 29/1/2013 by ChaoticOrder because: (no reason given)


They may have used to keep physical evidence, but most of that went with WTC 7:

I think cyber storage is much safer, pop it on some sort of external storage device or a closed network system, easier to archive and keep order in it.

That being said, there are still alot of information that is not put away like its supposed to, and i know from when they started archiving their physical paper to electronic based, alot of information was misplaced, labeled and or lost. Im sure with enough digging, alot of juicy information can be dug up on the

posted on Jan, 29 2013 @ 03:53 AM
link
Has anyone else been reading the allegations that Aaron Swartz was investigating a MIT linked elite pedophile network?

Makes me wonder what this faction of Anonymous has when they refer to a metaphoric information nuke. Could it be 100% proof of a small piece of the pedophile network? The same links Aaron was allegedly looking into.

Originally posted by Anishnaabe
reply to post by Th3MissingLink

What do you mean "lead up to it"? Whatever information they have, there is no way to "prepare" the ignorant masses prior to releasing it. If they are hoarding anything, it will be for a bargaining chip. Besides, that is not how these groups operate - they are not politicians, they are self-described cyber pirates, who seem to only care about attacking their chosen targets. The public has never concerned them.

I personally find them extremely dangerous. They have done some good, but mostly they just launch these DDOS attacks and get media attention. All that we the public receive from these actions are 1) tighter government security, 2) greatly increased federal resources allocated to cybercrime prevention, and 3) more incentive for internet control legislation. Small children playing with guns, comes to mind.

posted on Jan, 29 2013 @ 07:33 AM
link
what they are doing is being nice at first, kinda like "haha you said we cant get in, but we did look" probably so the govt takes them more serious. i have a feeling if they do not take their "psa's" serious they could do much more than just make that site have an asteroids game. hahahah +1 for the home team. 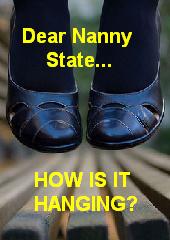 posted on Jan, 29 2013 @ 08:55 AM
link
It seems between Wikileaks and Anon, that Wikileaks has been diligent about uncovering information and exposing it to the public. I’m surprised they're still putting leaked information out there because it is of more recent action and I thought their main source was now behind bars. Anon seems as if they are just playing games. I would compare Wikileaks to a plow horse, plodding along and turning out what it uncovers. Anon on the other hand is like a pubescent royal, having power to affect and influence but not doing a whole lot with it, maybe because of trying to protect the family secrets. Anon seems to delight in stirring the pot with the antics, but are not willing to give insight to the common folks. It will be interesting to see what Anon’s final position will be when they grow up but I’m leaning towards them being imbedded with TPTB if they aren’t already.

And to the post regarding their information being too much for the public, I say bull. I think most people now suspect or know the falsehoods of the governments and just continue to shake their heads in disgust and go on their merry way.

Originally posted by Anishnaabe
reply to post by Th3MissingLink

So they aren't giving up the info because we wouldn't understand it and it would cause fear and panic? Could the exact same thing be said by the US Government as to why they don't release the info and keep things private? Isn't holding back information why so many are annoyed with the government (along with other reasons of course, but that being a big one)?

Not releasing does more harm than good for them, as myself and many like me are annoyed at anonymous because they seem like attention seekers. Hey we have super good info from the government but only we can see it! That's like in kindergarten when that one kid tells everyone his dad is a super secret spy but he can't prove it because how super secret it is.

I'm not calling them terrorists with this, but you know when you watch a movie and for the terrorists to get their message across they kill someone for no reason other than to show they're serious? That's what these anonymous guys need to do with their supposed great information. Release something super damning, tell them there's more to come if they don't do what they're asking.


And also, to just the general audience, what's the point of taking down the DOJ website, or any other government website? Is there really any info on there and does it really affect anything? Is it harder to take down a public website for the government than it would be some other non-government site? Is there any reason to hack the DOJ website other than to be all like "lulz did u c that!? >-