posted on Jan, 27 2013 @ 03:58 PM
link
Spreading this video around in-case anyone on ATS hasn't seen it. Basically it's a short documentary covering the life of Steve Ludwin, who has been self-immunizing with snake venom for around 20 years. His venom cocktails include a range of potent hemotoxins & neurotoxins.

He states that vaccinology is one of the oldest forms of medicine.. he's been blood tested, and the doctor confirmed he has the telomere length of a 28 year old, despite being 46. 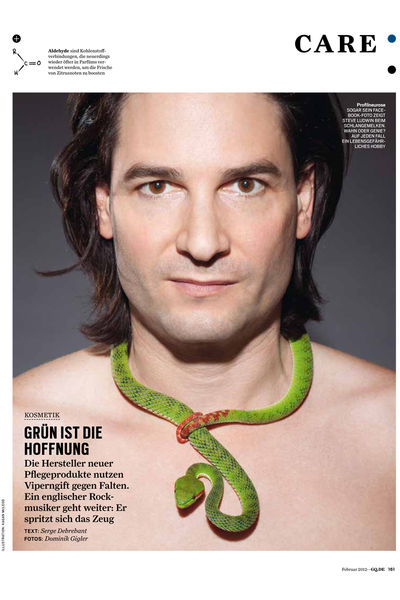 I'm not sure if this is the proper forum for a post like this. It's pretty much alternative medicine, although potentially very dangerous as well. I'm not encouraging anyone to begin doing self-immunization with snake venom; nonetheless it's a very interesting thing to see how he's been doing this for 20 years & has barely aged. He apparently never gets sick either.
edit on 27-1-2013 by Raelsatu because: (no reason given)

posted on Jan, 28 2013 @ 01:37 AM
link
He certainly doesn't look his age, though who is to say he would not have naturally looked like this anyway due to genetic make up and other life style?
Can't imagine why anyone would inject something that has an extremely high chance of killing them on the off chance it wont and will do them good. Interesting none the less.