the democrat controlled senate has not passed a budget since april, 29, 2009

so they use the baseline set in the 2009 budget.
which means they spend the same amount every year since 2009 + 6%

so thats $3.442 trillion more than would have been spent had the tyrants, i mean the democrats passed a budget.

In 1974, a Democrat-dominated Congress in the throes of Watergate passed the Congressional Budget Act of 1974. Among other things, the act established the Congressional Budget Office and codified the notion of baseline budgeting. A budgetary baseline increases about 6% per year. Any expenditure less than that 6% yearly increase is portrayed as a budget cut by Democrats and their media lackeys. One of the games played by Democrats under this law is the passage of stimulus bills. When a stimulus is passed, it adds immediately to the budget baseline for that year and then for every succeeding year. So the Obama-Pelosi-Reid stimulus passed in 2009 added $787 billion of new spending to the federal budget in 2009. It then went on to add $834 billion of new spending in 2010 ($787 billion times 1.06 for the 6% yearly increase); $884 billion in 2011; and finally $937 billion in 2012. Over the last four years, this totals $3,442 billion more than would have been budgeted through the normal process -- which is precisely why the Democrats wanted it passed as a stimulus. Since Harry Reid's Democratic majority in the Senate has consistently refused to pass a budget for nearly three years, the continuing resolutions have simply maintained the yearly automatic 6% increase in spending, leading to the enormous budget deficits of the Obama years. Interestingly enough, the 2009 Obama stimulus was not the first stimulus passed by the Reid- Pelosi congresses. They passed a $152 billion stimulus in 2007 when the democrats retook majorities in the House and the Senate. Another $146 billion stimulus passed in 2008. President Bush signed both of them. The 2007 stimulus added $1,060 billion and the 2008 stimulus added $823 billion of new spending through 2012. Add the three totals together and you end up with $5,326 billion of new spending based simply on adding a new stimulus to the yearly budget baseline and never removing them. That $5,326 billion ($5.3 trillion) represents the entirety of the new deficit spending under the Obama administration which has not had one of their budgets passed since 2009. So what do we learn from all of this? First is that the Democrats are bloody good at deception and fraud. Read more: www.americanthinker.com... Follow us: @AmericanThinker on Twitter | AmericanThinker on Facebook


so who are the tyrants stealing our labor, then demanding we pay more???
the democrats

posted on Jan, 26 2013 @ 05:56 PM
link
Indeed and great catch! I'm glad to see someone addressing this. While I give Boehner NO passes for not even seriously attempting to do HIS side of what the Constitution demands by black letter law .....He had absolutely no reason to beyond the purely symbolic. The senate had made very clear that they wouldn't be touching the issue again for 2012. A similar comment was made in relation to 2013, a few months ago with regard to election years and such. Well.. I wish I could tell my creditors such things. Now that would be a neat trick for us mere mortals.

Senate Democratic leaders do not plan to propose a budget this year, Senate Majority Leader Harry Reid told reporters Friday, saying that they had already done so with the debt-ceiling agreement.

“We do not need to bring a budget to the floor this year — it’s done, we don’t need to do it,” Reid said, according to The Hill.

Democrats have said that the agreement reached to raise the Debt Ceiling set spending for Fiscal Year 2012.

Gotta love that logic tho, eh? I don't know whether to laugh or cry. These are THE national leaders..and it's like a big joke to them.
edit on 26-1-2013 by Wrabbit2000 because: fixed url reference

posted on Jan, 26 2013 @ 05:56 PM
link
If these politicians were hired as employees of any other job in America, they would be FIRED within the first few days with their work ethic or total lack thereof...


Part of the job of the President of the United States, whoever holds that office, is leadership. Leadership through FORCE when necessary. Force, but not subterfuge and deception. There is a huge difference.

The options President Obama has for forcing Congress to produce a budget, if HE cared to see them make one, is to hold them in session FOREVER if he so desires ...or until such time as their numbered session of Congress closes to the next elected crop to be seated. No vacations...No Holidays...no NOTHING. Past Presidents HAVE done this to one degree or another occasionally when push came to shove and Congress needed shoved hard.

Of course, I can guess why this President wouldn't have the least bit of interest in using the power to force a budget.

As the OP states? No budget in a formal sense means no limits to stay within. As Harry himself states there.....raising the debt ceiling set the budget. That's the most reckless way I can imagine to run a nation the size and importance to world economies as ours. We won't crash by deliberate design. We''re going to crash by apathy and indifference right through the top leadership.

hey keep defending him and his cronies if you want.
edit on 26-1-2013 by bjax9er because: (no reason given)


So are you saying that the Republican House is deliberately aiding and abetting the higher spending by putting up budgets they know will not be accepted?


no your saying that.

a house passed budget is not a take it or leave it proposition.

the senate can amend the bill and send it back to the house.

but they will not even bring it to the floor for debate.

so yes the democrats are deliberately aiding and abetting the theft of the peoples labor.


No . . . he is saying that the Democrat controlled Senate will not pass anything with spending cuts and any sane budget plan for this nation should include plenty. And, instead of the President being on board with spending cuts, as we do not have revenue problem, he is complicit in these actions.

posted on Jan, 26 2013 @ 08:25 PM
link
But Obama has accepted or proposed spending cut - not as many as the Republicans have proposed - but not none at all either.

www.whitehouse.gov... - even Obamacare cuts Federal spending - that's not propaganda..well it is I guess....but it is also true!

This is discretionary spending - of course he doesn't get to cut mandatory spending because that is..well.... mandated by Federal law, as I am sure you are aware.


obamacare raises spending by 1.7 trillion over the next 10 years, and thats from the cbo.gov

so how does that cut anything?


and he only proposes cuts to the 6% yearly increase.

so instead of 6% he proposes a 4% increase instead.

and were supposed to call that a "spending cut".

and the "law" can be changed at any time.

Yes, Obama is spending a lot of money. No real cuts are being made and it does not make sense to anyone with half a brain.

But considering the source of the article and the particular people they were trying to reach, why are they only looking at the Democrats and Obama?

Why is nothing being said about the Billions and Trillions of taxpayer dollars we have spent to pad the pockets of Republican cronies in the military-industrial complex and the intelligence community?

While true on the surface, they are hoping you point fingers at the Dems and forget to look at the Right as well.

trash the source of information as false or misleading.

point the finger at the other guy.

it's not just true on the surface, it's fact all the way around.
though i do agree it has clearly been going on since 1974 in all administrations.
just not to the extent it is now, under the tyrant in chief.

Originally posted by sheepslayer247
Why is nothing being said about the Billions and Trillions of taxpayer dollars we have spent to pad the pockets of Republican cronies in the military-industrial complex and the intelligence community?

democrats have been whining about this for the last 12 years not stop. and rightly so.
all the while they are padding their own pockets and that of their cronies.

so drop the hypocrisy, everyone knows most politicians are crooks.

especially the tyrants, i mean democrats. 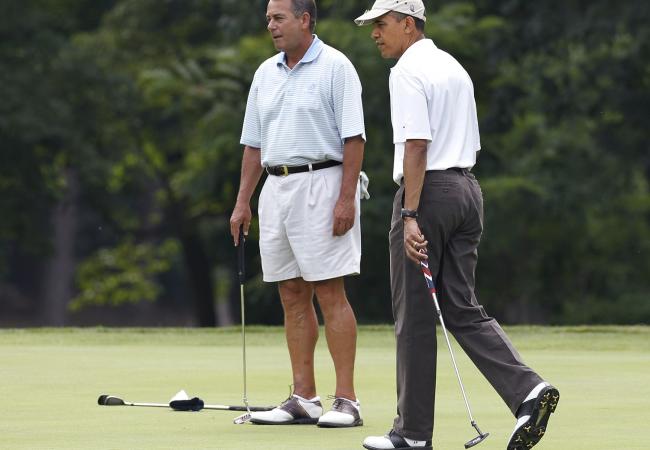 "So who's up for some Taxpayer Funded Hookers?" 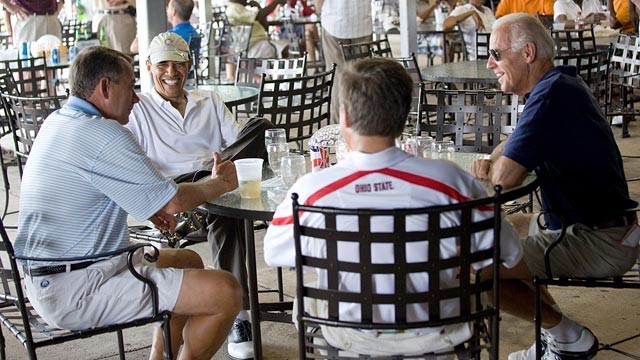 
thanks "captain" i had not noticed.


Originally posted by sheepslayer247
Why is nothing being said about the Billions and Trillions of taxpayer dollars we have spent to pad the pockets of Republican cronies in the military-industrial complex and the intelligence community?

democrats have been whining about this for the last 12 years not stop. and rightly so.
all the while they are padding their own pockets and that of their cronies.

so drop the hypocrisy, everyone knows most politicians are crooks.

especially the tyrants, i mean democrats.

Quite true....but I admit both sides are to blame.

Who's the one trying to place blame on one side or the other?