US Military Will Install Laser Turrets on Bombers and Fighter Jets

US Military Will Install Laser Turrets on Bombers and Fighter Jets


The US Navy and Air Force are going to install liquid-cooled, solid-state lasers in combat airplanes. Laser turrets designed to defend the planes by shooting incoming threats like surface-to-air missiles and rockets. Seriously. The above is an official concept image by DARPA, but integration is happening this year, with real firing tests coming in 2014.

And to think that the White House just said NO to Star Wars and The Death Ray.
Isnt this how it alway is?

Testing is in its final stages at NASA Ames.

The program is now in the final development phase where a second laser module will be
built and combined with the first module to generate 150 kW of power.www.darpa.mil...(HELLADS).aspx

Field testing will commence at White Sands Missile Range,
the goal being operational in 2014 and 2015. 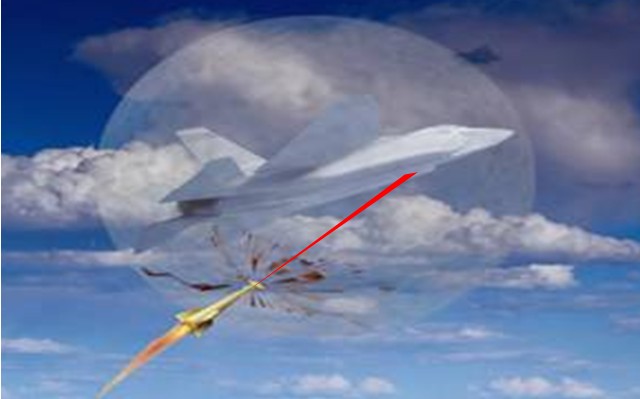 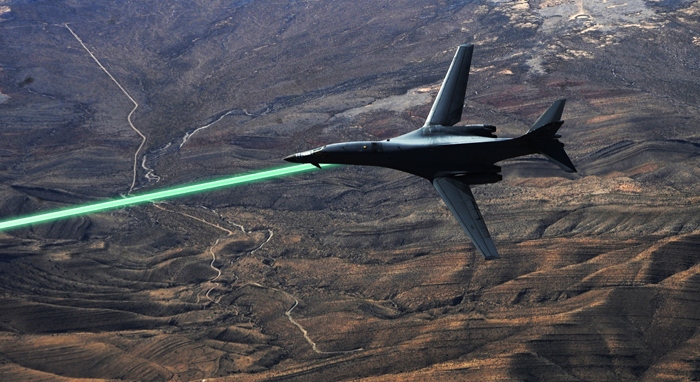 So now....Star Wars and the Death Ray cant be that far away, and Next Generation
Drones with Death Lasers are just around the bend. Who would have imagined,
those crazy stories will be a reality very very soon.

gizmodo.com
(visit the link for the full news article)
edit on 25-1-2013 by burntheships because: (no reason given)
edit on Sun Jan 27 2013 by DontTreadOnMe because: switched picture per OP request


DARPA, teamed with Lockheed Martin and General Atomics are making science fiction a reality with
two High Energy Laser systems; HELLADS, to be installed in tactical aircraft such as the B-1 Bomber, and
the ABC system in high speed fighter jets.

Testing is in its final stages at NASA Ames.

The program is now in the final development phase where a second laser module will be built and combined with the first module to generate 150 kW of power.

Testing will commence at White Sands Missile Range,
the goal being operatal in 2014 and 2015.

gizmodo.com
(visit the link for the full news article)

I figured it wouldn't be long before they mounted this tech onto airplanes, considering the NAVY has been testing laser technology for awhile now. I'm pretty sure it wouldn't be hard for them to mount these on the vast array of UAVs in the field as well.


Yes, sure they have that in the works, I do recall that article from RT just in December...
rt.com...

seems that got tucked away here in the back corner, and someone "debunked it"

Originally posted by burntheships
reply to post by eXia7


Yes, sure they have that in the works, I do recall that article from RT just in December...
rt.com...

seems that got tucked away here in the back corner, and someone "debunked it"

I don't see how somebody could debunk something that has been in the works for at least 10 years that I know of, probably longer, I haven't dug too deep into this. Unless they signed up on ATS in 1950, I don't see how you could debunk laser technology lol..

If they can take down SAMs and rockets could they also take down planes? Or would lasers 2.0 be needed for that?

Originally posted by strafgod
So we now have sharks with friggin laser beams, or could have

If they can take down SAMs and rockets could they also take down planes? Or would lasers 2.0 be needed for that?

I'm pretty sure they could take a plane down with a laser, I think I remember seeing a technology of a laser being used to cut through steel from like 1500 ft away or something, I thought I saw it here.. but I read a lot of stuff, so who knows where i saw it.


The first step to building R2D2!

Funny how they do it...
www.abovetopsecret.com...

In any case, looks like were in for some real high tech stuff, the most
we can hope to see for a while is a juicy demo video....

They will probably keep it under wraps in terms of visual for a while.

That would be quote impressive. Im wondering if you could simply deflect these lasers with a mirror? It would suck if it was that simple, just bounce the laser back at ya lol

Awesome video, scary but awesome. I didn't see em use lasers on an f22 but maybe I missed that. im sure it will be possible.

posted on Jan, 25 2013 @ 04:02 PM
link
This planet is going to host the first Star Wars around Sol within the next couple centuries i'm betting..

Funny how they do it...
www.abovetopsecret.com...


ROFL - even when you post something that is actually real and intersting you still can't help but make some stupid comments.

There is no "debunking" on that thread - except for people pointing out the inaccuracies in the RT report - especially the headline - which, with it being RT, are to be expected! Heck the headline "drones NOW fitted with death ray laser" is contradicted by the opening sentence of the article -

The next generation of military drones, unveiled by a leading US manufacturer, will not just carry a limited supply of rockets – but will likelybe fitted with an ultra-light laser, capable of repeatedly destroying objects at the speed of light.

But back to the technology - I don't see something that is in development now being able to be fielded by the end of 2014 - the military just isn't that fast, and systems integration tests alone will probably take years! I may be wrong of course - but that is my expectation.

But the technology is cool, and it is not really a surprise that it has developed this way IMO

posted on Jan, 25 2013 @ 05:38 PM
link
Well, this is certainly interesting. An area defense laser is a fantastic idea, and is certainly a more proactive defense against incoming missiles. What with the various improvements in warhead technology, the development of more effective counter measures. It is not as easy to confuse the onboard systems of the modern missile, as it once was. Nowadays, so effective and comprehensive are the tracking capabilities of missiles, that rather than merely confusing them, it makes far more sense to just destroy them.

There may be those who might question the methodology, thinking that the US military is just getting its gun off in the most sci-fi possible manner. However, a laser is a very elegant solution. It requires no ammunition, it has no recoil, meaning that it can be mounted anywhere that can support the weight of the equipment, and unlike projectile based anti missile systems, it cannot be affected by gravity, or at least, it cannot be affected by gravity over the short distances involved. Obviously laser can be affected by gravity, as can the passage of all light, but for the purposes of this discussion, such a distinction is moot.

One would of course, be remiss in mentioning how interesting it is, that inside of a short space of time, we have had confirmation of two defense projects, involving the development or deployment of new, incredible laser based weapons systems. This one is very impressive in concept, and ought to be effective in the field, and the other notable recent development is that of what can only reasonably be called A RUDDY GREAT LIGHTNING GUN! Using laser to prepare a pathway for bolts of electricity to travel down is absolute genius, nothing less.

I think it is pretty clear that the military are increasingly interested in the potential of energy weapons, and seem to be intent on deploying as many examples of that technology as they can actually muster. And it is easy to see why I suppose. The ever changing face of warfare means that military organisations are always looking to get ahead of eachother, but this recent drive appears to be pressing the US military well ahead of the bell curve.

On the other hand, it makes me wonder what might be up the sleeves of other developed nations and thier military hardware advances!