Secrets of the US dollar bill

posted on Jan, 24 2013 @ 02:07 AM
link
Did a search here on ATS and couldn't seem to find this video. It's a good quality documentary that is worth watching. Dating back to 2009 I'm sure that some of you have seen it but for those who haven't, well sit back, relax and enjoy.

If someone is able to embed this, that would be great.


No problem it's really good.

Decent watch, but full of lies.


good deal i was looking for something to watch to fall asleep to. i will report back on what i thought


The two Seals are Egyptian and Luciferian

Indeed they are. The "US eagle" represents Horus. "In God we trust" refers to him. 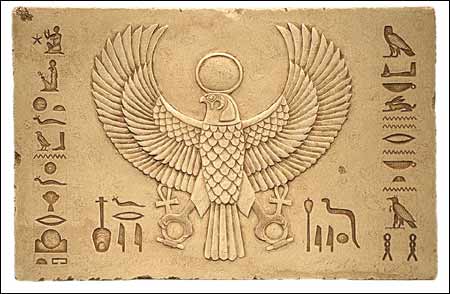 The amount of governments around the world that use Horus as their logo is astounding. Here is the South Australian State Government's where I live: 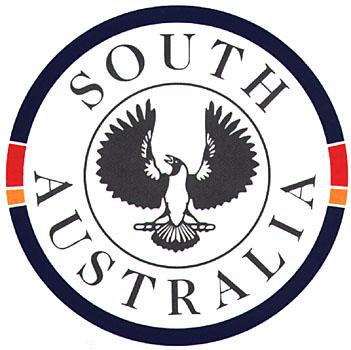 
If someone is able to embed this, that would be great.

Also, Stan Deyo wrote about this back in the early 70's in "The Cosmic Conspiracy" where alot of the info in the vid is reiterated.

posted on Jan, 24 2013 @ 10:09 PM
link
I just have to ask though, if someone in the Illuminati (obvioiusly born into it) or high up in Freemasonry (may or may not be a member through family) then what makes them so 'illuminated' or smart or 'all knowing' of such big secrets more than the average joe if they have the advantage of merely being TOLD such secrets??

Sounds more like anyone who does know the secrets of the plans of the NWO who mocks the 'average man' as a sucker is merely one of privilleged information (like those who know the exam answers before the test is given) and they are no smarter and perhaps even of lower IQ than another who actually has earned the intelligence/knowledge of the world by hard work and a heck of a lot of studying. I find it almost laughable that those who do have such knowledge don't even realize that bloodline aside, they just got lucky.

This explains the pious and arrogant behavior of so-called Illuminists (ie: Bush Family graduates who glide through Yale or Harvard etc without actually reading a book) but in all reality...do they have much personal workmanship to be proud of? I think I'd be rather embarassed if I had such awesome information/secrets then walked about the planet thinking I am hot**** because without my uncle/father/mother paving my way thoughout life...I'd be a nothing like the rest of us seem to be.

I guess that is why they (illuminatists) are fascinated when there are the very few with obscure talents that allow them to figure things out for themselves (Divinci, Tesla, etc etc). They should be in awe...because these are the people that have the potential that THEY would and could never possess. This potential has no shame whereas the entitlement process DOES.

Ok, ok, they say Lucifer is all about pride, I'm all about my own pride in earning my thoughtfulness and intelligence about the world but lets not forget that Lucifer also has stolen/given/heresay information from GOD. He didn't have to earn it either lol. He was 'favored' and in essence --TOOK IT. I understand now why Eve brought shame to Adam. They didn't listen and learn on their own by their OWN merit, at their given pace what was to be known.

I'd be ashamed, being so weak-minded that all of my skills had to come out of some family-tree basket of goodies and not of my own volition. Ashamed indeed.

To those who have power by any means because of these secrets can laugh it up. I personally wouldn't find any humor or pleasure in being so mentally and emotionally feeble. It seems like it is all for naught if once the supposed goal is achieved that the remaining persons are bumbling, lost morons who cannot function without a guidebook for their own 'reasoning'. We have that now, it is called a CONSTITUTION in order that man can evolve at a reliable and practical pace.

Perhaps without the interference and intentional meddling or creation of chaotic world events by a script that has manipulated with intent in order to cause de-evolution (wars, finances, health) the world could have been a lot more productive and peaceful and a lot less demeaning and corrupt.

So what are the actual morals and dogma to supposedly live by?? Well, apparently it is to strive to be the best CHEAT and PICKPOCKET/THIEF (banker, President, owner, Congressman) you can be. Errrr, no thanks. Is all the fun in the journey or the destination? I guess the journey if one gets off on behaving like a gypsy carnie or a 21st century Viking who rapes, pilliages and gathers the possessions of others with glee. I gotta ask...in the end is this the kind of 'pal' you want with you in the end? LOL I know I wouldn't. Besides, don't gypsies teach young pickpockets how to be ever so sneaky and precise with bells? The bell tolls for you, my friend. Be a considerate thief and sulk yourself so quietly into the night. Isn't that what thieves do? Cheats are yet another troll under the bridge but all in all from the same family of stain.

I kind of pity those that come out of some shrine or bunker only to face a world of reality that YOU are a slave to your own stupidity. I don't think I want to live in a world of Beyonces, JayZs or Madonnas as my leader. Stop the planet thanks--I'll jump off now.