We can say that Life is Reality but reality is reffering to what is Real ...I mean to what is true(or what is the truth).

"Reality is that state of consciousness that is in Harmony with the Truth and Light."

By Light of the Truth understanding that part of the truth that is in Harmony with all our Senses. 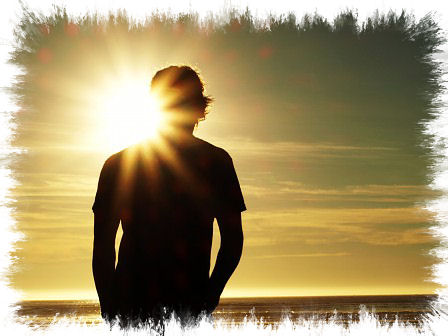 Reality is consequence of Life and it would not exist without it.

Because there will be no one to sense Reality.Therefore we exist because of Reality.

Sometimes we want something "To be" real and if that thing became reality we call that "Fulfilment reality".

Sometimes we wonder why young people lose their lives when they could live until deep old age.

And if is a close relative it could distort reality by unacceptance of that kind of reality.

But in Reality there are things....like the pressure of Layers of Facts that those who lived before the person has lost his(her)life and did not have the measure of their facts and physical Time to pay them in relation with those affected by these facts.

Therefore we ask ourselves questions that many times remain without answers and that is...Distorted Reality.

Because this can go as far as many generations back in time,a thing which is also available for group of people or nations and this is something called 'War'.

But if so then if we take the layers of facts from the beggining of Humanity we might have the surprise to get answers related to a certain number like why is written on the Georgia Guidestones "Maintain humanity under 500,000,000 in perpetual balance with nature." and why that can become a 'Reality' at a certain point in time.

We can say there is no really random reality but everything happens for a reason and for the simple fact that we don't know the reason it's called again Distorted Reality.

Because of the pressure of facts in time a pressure that no one can quantify.

In the same time reality give us the feelings that we feel with our heart and soul.

We might say that we are on the wings of Reality

So for those who live in hate and lie they live in a parallel reality as would be seen in "Parallel".

Because for them the verb "Care" does not exist.

I mean in poverty as this can be seen today all over the world.

But what is very interesting is that one day those two parallel realities will meet.

And that day is very very close to.... Reality.

Did it all get real?

I guess it's real enough.

They've got refrigerators full of blood.
Another century spent pointing guns At anything that moves.

Sometimes I worry that I've lost the plot.
My twitching muscles tease my flippant thoughts.
I never really dreamed of heaven much Until we put him in the ground.
But it's all I'm doing now. Listening for patterns in the sound
Of an endless static sea.

But once the satellite's deceased It blows like garbage through the streets
Of the night sky to infinity.


Don't be a criminal in this police state.
You better shop & eat & procreate.
You got vacation days then you might escape
To a condo on the coast.

I set my watch to the atomic clock.
I watch the crowd count down 'til the bomb gets dropped.
I always figured that there'd be time enough.
I never let it get me down.

But I can't help it now Looking for faces in the clouds.
I got some friends I barely see.
But we're all planning to meet.
We'll lay in bags as dead as leaves.

All together for eternity.

edit on 2/5/2013 by Theflyingweldsman because: there is a reason for everything