Poll: 63 percent of Americans believe in at least one conspiracy theory!

[The poll surveyed 814 registered voters nationwide and has a 3.4 percent margin of error]

So, this particular poll seems to focus on those that are political in nature. (Aren't they all really, though?)

A couple of thought on that, though:
1) if you're likely to admit a political conspiracy, your probably more apt to recognize that they occur elsewhere.
2) regardless, when being interviewed, you probably won't shoot for the fences, probably kept the 'bigger' ones close to the vest, eh?

I only heard about this 'cause a local radio station (labelled as 'Mix Music', with a huge morning show listening audience) that my gf listens to while getting ready ready for work, somehow came across this article.

So they polled their listening audience. I was shocked that within 20 minutes of requesting for listeners to call in and say which, if any, they believed in:
- 100% of callers had at least one (an argument could be made that they filtered out the Nons)
- even more shocking was, each person went right after it: everything from JFK, to 9/11, to Moon landings, to Area 51, etc...

Thought provoking. We live in the age of information. Good, bad, ugly... people just want the truth, it seems.

Originally posted by SquirrelNutz
- 100% of callers had at least one (an argument could be made that they filtered out the Nons)
- even more shocking was, each person went right after it: everything from JFK, to 9/11, to Moon landings, to Area 51, etc...

Well great. Cause that means there are 814 more viscous, gun-toting, conspiracy theorist "domestic terrorists" to be put on watch lists and guillotined at the FEMA extermination camps. We weren't kidding when we said heads were gonna roll.

Funny thing is, I consider this type of exposure tantamount to Alex Jones getting his 15minutes (and then proceeding to fvck it up) of fame on a national MSM show like Piers Morgan.


63 percent of Americans believe in at least one conspiracy theory!

Does that mean 37% wear dirt earmuffs? 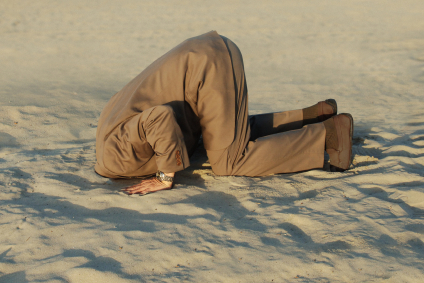 I don’t know if I should be relieved by this or saddened.

So you want to make this political, huh?


So you want to make this political, huh?

Hey, I'm just quoting what they said. And, the whole purpose of the poll was to ask about 4 different political conspiracies. So, it's not me making it political - it's the pollsters.


I like your Premise, but disagree on your follow through.
More Educated people would be able to see Holes in Conspiracy Therories, but as Far as the Divide following Party Lines, Thats a Crock.

Personally, I think the Radio Host would only have had to ask One Question to Attain 100%.

"Do you believe the Official Story of who shot JFK?"


Well, education is indoctrination in most cases, so it would stand to reason that the more educated/indoctrinated a person is the less likely he/she is to believe in conspiracy.

Those who have spent more time in the higher brainwashing insttutions are less likely to believe in conspiracies. Those with less time spent having their "head squared" are more likely to see possibilities the "educated" will immediately refuse to look at.

Makes sense. The less propaganda you take in from the social institutions, the more aware you are to possibilities not usually thought of.

In chess experts see one clear path. The ameatures mind sees many.


Not just about higher education:


In general, higher levels of actual knowledge about politics tends to reduce belief in conspiracy theories. In the poll, respondents were asked a series of four questions about current events, and respondents who were able to answer more questions correctly were less likely to endorse the conspiracy theories. Fifteen percent of people who got none of the questions right thought that three or four of the conspiracies were likely, compared to three percent of those who answered three or four correctly.

posted on Jan, 22 2013 @ 09:32 AM
link
Initially I was skeptical about most conspiracy theories, but the more I researched the more of a believer I have become.

I love my country and still want to feel good about America, but as I watched the inauguration yesterday I couldn't help but believe we been had by both the left and the right.

They disgust me, I honestly can't think of even one of them I would want in a position of power.

I think what I find most interesting about that tidbit is how apropo it is, and how telling.

Those able to answer the questions correctly, no doubt rely on mainstream news sources to keep abreast of current events around the world. So it follows, they would also be the most likely to spout the mainstreams talking points, and believe the way they are told to believe.

The second group, having lost interest, and to some degree, trust, in those same sources, would seemingly rather be ignorant, than to listen to all the things they don't really understand the implications of, or feel they can't do anything about. I would be very interested in the local demographics of this "poll".

At the same time, I can't dismiss the lack of interest in self education among an ever growing group of Americans. It's disturbing. Those of us who don't watch the MSM, should still make it a priority to know what is going on in our country, and our world.

posted on Jan, 22 2013 @ 09:50 AM
link
May I post this as an example of what US wackadoodle, low level intelligence, undereducated, conspiracy theorist theorized, that happens to be fact.

How can anyone be in such denial?

In cable the day he died, U.S. ambassador warned Clinton about Benghazi security

Just hours before he died in a terrorist attack at the U.S. compound in Benghazi, Ambassador Chris Stevens sent a cable to Secretary of State Hillary Clinton painting a chaotic, violent portrait of the eastern Libya city and warning that local militias were threatening to pull the security they afforded U.S. officials.

Militia leaders told U.S. officials just two days before the attack that they were angered by U.S. support of a particular candidate for Libyan prime minister and warned “they would not continue to guarantee security in Benghazi, a critical function they asserted they were currently providing,” Stevens wrote in the cable the morning of Sept. 11, 2012. He also cited several other episodes that raised questions about the reliability of local Libya security.
www.washingtonguardian.com...
“Growing problems with security would discourage foreign investment and led to persistent economic stagnation in eastern Libya,” Stevens cautioned.

The Washington Guardian obtained a copy of the memo, a weekly summary of events in Libya dated just hours before a band of terrorists struck the unofficial U.S. consulate in Benghaz

Some of us may just be able to ferret out the truth.

The only reason we are made fun of is to discredit us.

I think this poll is so off base, I would wager a guess the true numbers of Americans that lean towards conspiracy theories are much higher, for instance most people I know don't trust the government, and none of them frequent conspiracy sites.

I would have to agree with you. I know a lot of people, because I deal with the public on a one on one basis everyday. I know poor, middle class, and wealthy. Factory workers to doctors and attorneys. The majority have one thing in common. A distrust for local and federal government. However, I do live in the southern part of my state. In this area, the pro-gun demographic is off the charts no matter the education level.

But it was no different where I grew up in St. Louis, MO as far as distrust.


Love the photo!
Back when I was part of the work force I used to tell my peers:
If you bury your head in the sand - you leave your a$$ completely exposed.


I think it's more about leaning towards facts -- verifiable, provable facts. Conspiracies by their very nature, are un-provable claims, involving secret plans and actions. Those who place more importance on facts don't usually go for conspiracies.

You can have a distrust of government, but not believe conspiracies that don't have verifiable, undeniable, indisputable, provable, facts.