You Can Leave Your Hat On

posted on Jan, 20 2013 @ 01:10 AM
link
Desperate Women in Australia are Turning to the Oldest Profession in the Book 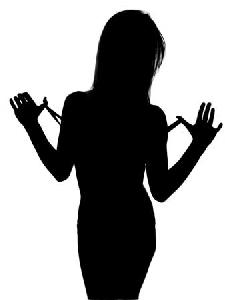 Jobs are getting harder and harder to come by. In todays job market you are up against countless others - just to mop floors or dig holes.

Some single mothers hit by recent welfare cuts to parenting payments have turned to prostitution and strip clubs in order to keep a roof over their family's head.
The payment cuts came in at the start of 2013 and affect 84,000 single parents, mostly mothers who received parenting payments.

The majority have been shifted onto the Newstart unemployment allowance when their youngest child turns eight.

More than 60,000 single parents now receive between $60 to $100 a week less under entitlement changes.

While the federal budget will look $728 million better over four years and make the system more sustainable, welfare groups have been concerned families will fall into poverty.

A spokeswoman from a Brisbane brothel told AAP there had been "influx" in applications from single mothers looking for work since the welfare changes came through.


There are some mothers who have six kiddies with six daddies who give welfare a bad image, but in my opinion they do not make up the majority.

There are many who have just fallen on hard times and need to pay the rent, put food on the table, and feed the car with petrol in search of meaningful employment. 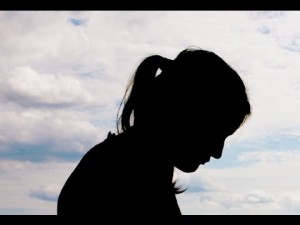 While Parenting Payments are being Lowered, the Cost of Living is Rising.

Is this what the Perverted Elite Want? - A Society of Fading Morals?

Employment Opportunities are vanishing, just have a look at the Employment Section in your local Newspaper.

So what other Employment Opportunities out there are booming besides the sex/stripping industry? Nothing

I surely hope this was a joke man

if you don't believe me

I suggest you try it

After you sleep with about 10 clients, you die inside

Buddy of mine was a male gigolo, after high school, we all went to college

he went for money, sleeping with old perverted ladies, today he is a total wreck


when I lived in Sydney, it was a real eye opener... little runnaway boys hanging out near this big wall in the back streets of the Cross. (it was their area) and all these big flash cars come along and pick up the little boys..

very rich people with money buying whatever they want.

the brothels are not so bad but on the street, terrible stuff. Whether your male or female... I knew of one lad who had prostituted himself to men for years and they were all very wealthy men in high places. He was a street kid, runnaway. Even when he grew up, he was 'straight' but survived.... so quite unpredictable. sad but true...

money is everything in society and it = power... sux really but that is the way it has always been.


Yes it's both Male and Female Prostitution that is Flourishing in these tough Ecconomic Times.

It's so Sad. The last time I was in Sydney and took a look at the famous Kings Cross was in 1993 - I was shocked at what I saw back then. It must be a Nightmare Now!


The problem lies with the single mothers to begin with. I say cut all welfare programs and let the lowlife scum die off. Maybe if they realize that no more baby checks are coming, then they'll actually get a real job. Maybe if they turn to a life of crime they'll get shot while breaking into some gun owner's house. I have no sympathy for them. They made their bed. They can lie in it. It is high time we stopped paying to support other people's lousy children. It ain't all fun and games and hip hop parties 'til the break of dawn ya know.

it takes two to tango. Both male and female teenagers having sex without thinking. Educate both sexes.

at least I make sure my 16 y old Son goes out to parties with CONDOMS.

I surely hope this was a joke man

if you don't believe me

I suggest you try it

After you sleep with about 10 clients, you die inside

Buddy of mine was a male gigolo, after high school, we all went to college

he went for money, sleeping with old perverted ladies, today he is a total wreck


I blame the bankers and the complicit governments that support them. I know your thread here mentions that "we will be destroyed", in which you outline some eye-opening details about banking and bad things to come in the future.

While I agree with your sentiments on prostitution, things are going to change soon right?

It could be a good idea to start getting used to the harshness of life. It looks like the human race is about to go backwards in time very soon as people will do anything they can to eat and feed their children.

In the cities in the Philippines, prostitution is basically legal. It sucks, but that's what happens in "3rd world" countries with poverty.

Here is a video of a Bankstown Council Meeting. Extentions to a Local Brothel were Council Approved, but the Building of a School was Rejected.

EDIT: I posted this video because Bankstown has High Unemployment and Poverty. The Brothel Extentions is like a Calling Card for Desperate Welfare Mothers.

as for councils... they don't really care. I did a research paper years back on the SIFs... huge problem in Sydney... (all the councils cared about was keeping things tidy...out of sight out of mind)

the out of sight, out of mind mentality causes the underground to thrive... but that is perhaps off topic because your thread is about the welfare cuts causing people to turn to that kind of work....

great thread s & f from me. It is a real issue and as sad as it is, People do what they have to do to survive...