ESA officials made the announcement on Thursday that they have discovered an ancient riverbed carved into the Red Planet's surface.

A team of scientists from the European Space Agency have reportedly discovered an ancient riverbed on Mars, which is just the latest piece of evidence to support the theory that water once flowed across the Martian surface. The photos were taken last year, and were released late on Thursday by the ESA. ESA officials made the announcement on Thursday that they have discovered an ancient riverbed carved into the Red Planet's surface. The images were taken by the ESA's Mars Express, and have left astronomers around the world stunned as this may be the most definitive evidence to date that supports the theory that water once flowed on Mars. The area, which is known as Reull Vallis, contains a river-like channel that likely formed billions of years ago. The channel, which is 1,500-km in length, is lined with tributaries that look to resemble tributaries found on Earth. Interestingly, the river is as wide as 4 miles at some points. Astronomers say that at some points the river is nearly 1,000 feet deep, and may be one of the most geologically important features on Mars. Scientists speculate that due to the depth of the channel, the riverbed was once occupied by water and large chunks of ice. According to geologists, water likely flowed through Reull Vallis between 3.5 to 1.8 billion years ago during a time known as the Hesperian period. Further research is needed to confirm the age of the channel.


Not much of a shocker considering anyone with a half way decent telescope can see what was at one time giant seas. LOL!


Though this isn't really the first time of evidence supporting the theory as in the past we've had curiosity discover similar evidence.

Originally posted by HomerinNC
Next they will find ruins of a civilization along this river....

Maybe if someone digs deep enough near this riverbed they could find remains of a civilization? some good common examples here on earth of civilizations near rivers are Ancient Egypt (Nile), the fertile crescent (Tigris/Euphrates), Ancient China (Yellow River) and Ancient India (Indus).

posted on Jan, 18 2013 @ 06:39 PM
link
I had friends that worked in film and TV that done CGI, blue screens, and props modelling etc.
And there is just something about this pic that reminds me of those days, maybe its the size displacement in the frame or the light but it looks like a clay art model that's been Photoshopped to me.
or a photo of the beach where the water washes back across the wet sand. 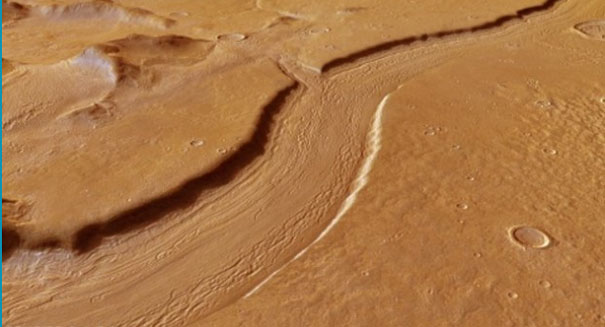 this is a average beach photo, no work done of course as you can see the footprints and the water is in the pic, but the dimension are about the same. 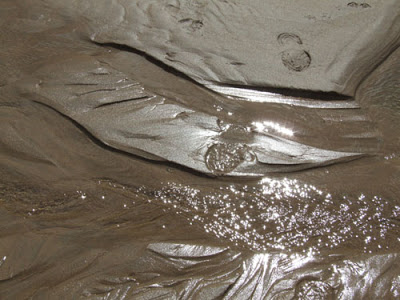 and this, an even better natural pic that with a bit of work could be from mars. 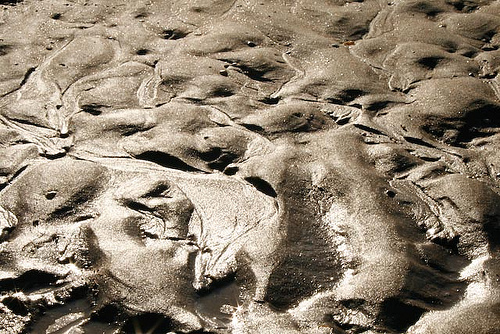 
That's a 3D model of the area done with the data they get from Mars Express.

Mars Express, besides the cameras that point vertically down to get the photos from the surface, has two cameras, one pointing to the front, the other pointing behind, that take photos of the same area that is photographed in higher resolution by the nadir camera.

With those two photos get enough information to make a 3D model and/or an anaglyph, like this one.

posted on Jan, 19 2013 @ 08:27 AM
link
Great news, although I think that it's practically a given that there was liquid water flowing on Mars. Curiosity rover has been examining some gypsum veins in the rock, and gypsum forms when there is water seeping through cracks. 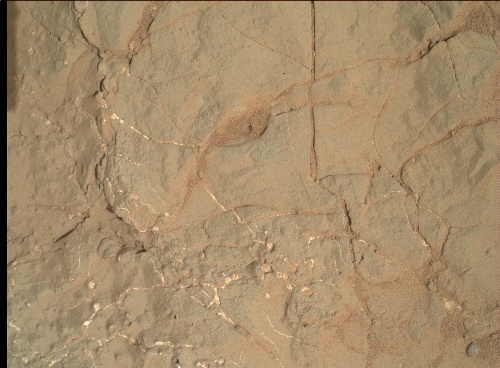 
Are you seriously comparing pics that a HUMAN took on our OWN planet vs ones taken on another planet by a rover?

Do you even know HOW Mars pics are produced? They will not look like our pics, it's not the same!!

Why do people always have to cry photoshop with everything now a days.
edit on 1/19/2013 by mblahnikluver because: grammar/spelling

posted on Jan, 19 2013 @ 09:23 AM
link
reply to post by JonPrice
Something very important was missed in this photo so I thought I would show it. Here is the missing anomaly. 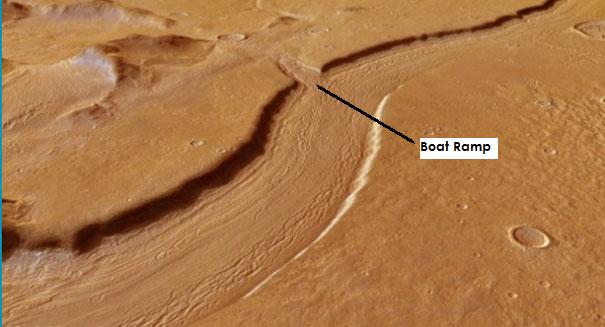 
where's all the Ancient & dead volcanos, in a landscape once like todays' Iceland/Greenland Ice-&-Fire climate, topography?

there is not enough

so it is time to reconsider that the once water planet, between Mars and Jupiter, exploded and flooded both Mars & Earth with much of their water... and only an asteroid belt remains


You mean Olympus Mons? The largest volcano in the entire solar system? or it's little brothers?

Mars got water the same way earth did, from the solar system formation and cometary impacts.

posted on Jan, 19 2013 @ 08:42 PM
link
Can't imagine living on Mars back when these features were active. For a planet with little to no tectonic activity thegeology is insane. Whether it is a volcano as large as the state of Arizona or a river that is 1,000' deep...or a canyon that makes our Grand Canyon look like a surface abrasion the features are simply jaw dropping. All on a planet smaller than our own.

As for this photo...looks more like a flash flood has ran through a desert landscape. Large amount of water moving extremely fast.
Cool stuff!