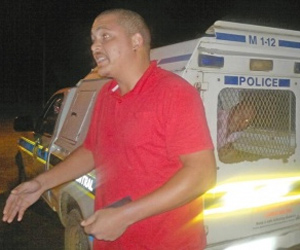 I thought you lot would enjoy this amid all this gun banning nonsense. Just goes to show that there is still a thing such as citizens arrest, well there is in South Africa.

Pietermaritzburg - A KwaZulu-Natal man arrested an allegedly drunk police officer and locked him up in the back of his police van after watching him drive recklessly through the streets of Pietermaritzburg.

“After five minutes, no one had arrived. So I jumped out of my car and I approached the driver’s side and asked him to come out. He looked at me and I could smell that he had been drinking.
“I asked him again, and he refused.
“I then grabbed his keys, pulled him out and locked him in the back of his own van,” George said.


In the 60s and 70s I remember average people arrested their own criminals. As long as you can have valid reasons for the arrest it’s all good. It’s only kidnapping if you move the person beyond a few feet against their will and call the police immediately after the areest. If you don’t have a valid reason, worse you can get is harassment charges or be sued for wrongful arrest. Thus, it’s not a life or death gamble, not for doing what you believe is right.


More should do that.

posted on Jan, 17 2013 @ 09:56 AM
link
I would be stoked too. The photo is awesome, I must say. Very seldom do you see something like this captured. And as for as news photos go, you dont get any better.

And just imagine if that was an American cop van, and in it the NWO elite... Including Mr Obama and crew...

Originally posted by slapjacks
This guy looks so stoked. "mah gon be so proud of me!"

The drunk cop inside the van, peering out the back...not so stoked....