The Evidence - Electromagnetic Changes in our Solar System [A Review]

It seems to be an overview of many universal topics.
I enjoyed listing to these observations and i'm sure you will too.


I listed his youtube channel in a thread yesterday: www.abovetopsecret.com...

I hope he catches on and people check out his videos..they are really informative and he's a good reporter..glad to see you shared his video cheers coco


His earthquake watches have been spot on.

He has a great point of the 21st being a double-edged sword. If and when something does happen, people will have their guard down.

Either way, being informed/prepared or not, if it happens then it happens. I had a great experience here regardless.

Sounds like a voice of reason to me.
Thanks for sharing!

Thank you for sharing OP, it is refreshing to see a video that pushes theories without panic and an awful doom and gloom Rock Track

I am still digesting all of what he said and hope to do some further research on this matter.


I really like this guys videos. I had stumbled across him a couple months ago and been watching him since.

posted on Dec, 9 2012 @ 09:15 PM
link
by the statement that north america would be the same on an axis tilt , to me would be saying there is no tilt , because if it is tilting then north america would see differences, etc. russia's bad winters our good winters. the magnetic north has been moving, ie towads russia, hince to me that means the tilt is in favor of a warmer usa. meaning maybe a new north pole would be in russia or that part of the world if indeed a shift does happen. sincedutch.wordpress.com... also note that usda growing seasons have moved north in the us www.npr.org... i am not claiming anything in general, just my thoughts...

posted on Dec, 9 2012 @ 09:19 PM
link
I start my morning with his two minute (usually three minute) news. I love how he delivers the information in a non-alarmist manner. He holds my interest, and definitely has me researching.

This last video was a great sum-up. I have trouble with the more techy stuff on the electric universe. This helped.

posted on Dec, 9 2012 @ 09:57 PM
link
He had my interest until he mentioned chemtrails. Besides that, the evidence that there is solar-system-wide change going on is pretty weak, at best (eg www.skepticalscience.com...). The vast consensus is that we are going through a global warming as a result of man-made CO2 output - whether you like it or not, Al Gore was right and it's going to get a lot worse.


Thanks for the video...I took the liberty of sharing it in my thread...


Lately we have witnessed the mass deaths of many species throughout the world. Perhaps this is connected to the magnetic fields changing? It could have been happening for 1000's of years and is just now reaching the boiling point. I happen to believe that we would feel a tremendous change in our energy fields, individually and collectively. We are made of pure energy. I hope those that insist on pretending nothing is happening will start to pay attention. This is why it is so important to have true love in your heart every day, true hate will only get in the way. 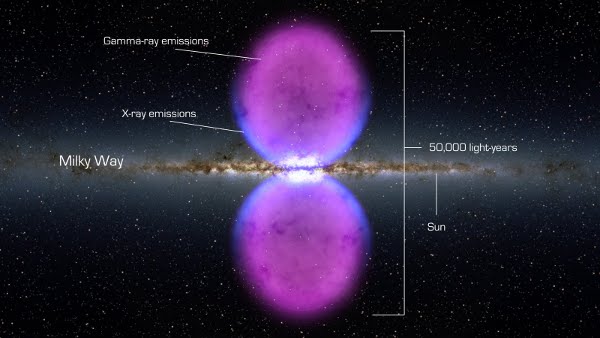 
The only interresting thing I found in this, was the fact that after the movie ended, there was a link to Velikovsky. Interrestingly enough ...

It appears that Velikovsky's ideas, are wider spread than otherwise, and this nonsense about catastrophies coming, is still lingering among people. I'll call it "The Smallville phenomena". It's actually a latent idea, among people, that a huge big red glowing ball is going to appear in the Sky, and then Superman will appear and throw it away from the Planet earth.

It's actually, an inner cry for help. The idea, that only when in dire need, will there appear hope and a savior.

There are many things, in what this guys said. Just as there are many things in what Velikovsky said. But velikovsky was far too religous and set on his jewish ways, seeing everything from the Bible, to ever really stumble on the truth. And his "predictions" are much more likely to be, that he new in advance, having known people like Einstein.

However, it doesn't nullify Velikovsky's ideas. Only his theory. Nor is the OP's ideas nullfied, only his theory. Both are just as much filled with wishful thinkiong, as they claim the mainstream science to be. However, the OP is correct in that we will survive december 21st. But he is also wrong, in the assumption, that catastrophies will follow. As is vellikovsky correct, in that probably many of the ancient events actually took place. But to seek to use some theories, to explain every content of the bible, is not science. It's religion. That man, has suffered some amnesia, from collective trauma. Sure, that it's origin are in the hebrew scriptures, is nonsense.

The bottom line here, OP. Is that we cannot allow ourselves, to endulge ourselves in wishful thinking. Spending all our lives, to "create" truths, so that we can still believe in our old scriptures, is not science. Finding evidence of anomalies in current events, to make these as proof of december 21st, only being the beginning of something unknown. Is the same thing ... your dwelling on the bible, on biblical texts. On religious work.

Which, in reality, does not have its origin in the heavens. But in the fact, that nature of man changed from being a mammal, with only small tendencies of group activity. But that man, grew a conscious, out of it's unconscious instinctive behaviour as an animal. Into being an intelligent being, that had thoughts ... man changed, from being a God, into being a man ... a rational man. Velikovsky, is a religious heretic, because he didn't want to accept the theories of psychology, that he studied, and that man had created a conscious. That ancient man, was not really a thinking being, but a scizorenic entity, captured in the betweens of instincts and thought. Velikovsky wanted so much to believe in his bible, that he looked for any explanation, to prove the epic tails of the bible to be true.

Nor is the Nibiru, catastrophies .... but yes, there will be catastrophies, in past, present and future. But they are not connected to any of the sciptures, or other prophecies. Because these prophecies nature, does not have it's origin there ... but in man, and the fact that mans idea of God, is the birth of the colective mind, of society ... we commonly call .... government.

Originally posted by redtic
He had my interest until he mentioned chemtrails. Besides that, the evidence that there is solar-system-wide change going on is pretty weak, at best (eg www.skepticalscience.com...). The vast consensus is that we are going through a global warming as a result of man-made CO2 output - whether you like it or not, Al Gore was right and it's going to get a lot worse.

Unfortunately, when it comes to science, historically the "vast consensus" has not been the source of knowledge that propelled us into new realms of understanding. The big shifts in theory always seem to eminate from outside of the consensus circle, & unfortunately it is human nature to "follow" rather than think.

This electric universe theory is fascinating, obviously when viewed from the perspective of the "in crowd" it is blasphemy. The current models of our universe were formed at a time when we were just getting a handle on nuclear science & our understanding of plasma physics wasn't even on the radar. The nuclear sun model stuck, but today it falls far short of explaining many aspects of universe, indeed it creates unsolvable conundrums that are very easilly explained by the electric universe model. The electric universe model also fits well with observable phenomena, I think this is reassuring. I encourage you to look into it with an open mind.


why even post your long drawn out boring reply then. Your like eeyore sitting out in the rain or like all those other people that come to a CONSPIRACY site to bitch about people believing in conspiracies.

I found the information both informative and stimulating. I found your post excessive drawn out and boring. I also put the voice to Ben Stien with it.

Eta: Is it me or is my response more attuned to leaving feedback on Ebay??
edit on 10-12-2012 by SilentE because: (no reason given)