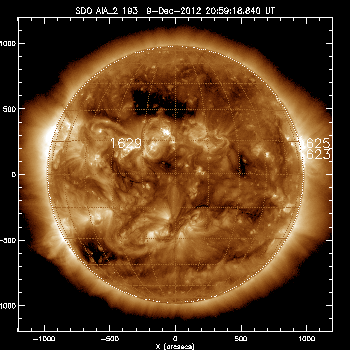 Only 9 days until D day 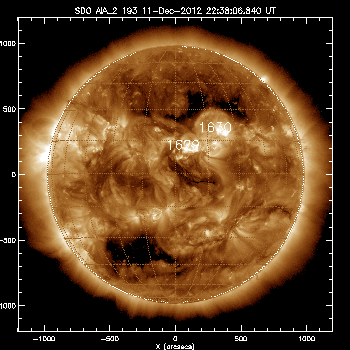 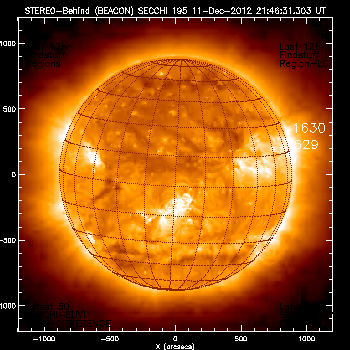 posted on Dec, 15 2012 @ 07:06 AM
link
Are only 4 "Derived Positions" remaining concentrated in one region like the four signs that were given. 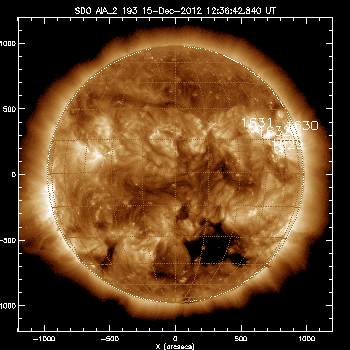 posted on Dec, 15 2012 @ 10:46 AM
link
The relation between that article presented in the OP and the actual postion of the Derived Position s is given by the Time Wave Zero and to Zero.

The relation between the(photospheric) magnetic field of the sun and longitudinal component is given by the tendence of the flares to originate where this component tends to zero.

"The Consistency of the magnetic field of the sun corroborated with a skipped magnetic poles reversal cycle of the Sun that didn't took place at the period cycle make magnetic field to weaken at a point where the flares can be diminished in presence and concentrate them in an certain area related to time wave zero.

Therefore the Derived Positions can at some point remain the only physical presence of the flares and not only.

Because there is no universal accepted knowledge for the Sun's long time cycle we can only speculate that the long time cycle of the sun is comming to zero as time and energy and coincides with the time wave zero and to zero.

A quiet radio and magnetic signal of the sun can also give a criteria of the approach of uncertain phenomena like energy tendency to zero for a short period of time like 3 days.

The return of the magnertic shield of this huge reactor can get the cycle to normal parameters only if the hydrogen atoms in chain with the helium resultant will enough collide in quantity and not only to give the necesary amount of energy for the reactor to restart."


Meh I hope this helps.

posted on Dec, 20 2012 @ 05:56 AM
link
Nice pictures. Are you saying that sun flares are atttracted along the stronger magnetic field lines?


Ill S/F you. Is the suns magnetic field shaped like that of a bar magnet with N and S poles? 
Thanks, a diagram says a thousands words as they say.

It looks like the field lines are emanating and joining the bright spots in the suns surface corona. There was the last thing i expected, bizzare.

In that image polarity of the regions is indicated by black/white. Notice the field lines run from black to white.

The black/white regions then are likely to be areas where the sun has a high concentration of Iron metal.

it reasonable to consider that there will be a high concentration of Iron inside the hot plasma of the sun.

Because I think the sun acts like a Dynamo generator of energy using magnetic induction in a method not unlike how a Power Plant generator produces energy. Like a generator there is a inner rotating core which for the Sun will be represented by flows of liquid metal (Iron) within the core. I say Iron as the metal cause its commonly found in earth and also is a good conductor of free electrons (electricity). Without the free flow and circulating flows of electrons inside the Suns core then magnetic induction cant happen.

The outer part of the sun is a hot plasma layer hydrogen/helium. I believe the plasma also contains concentrations of Iron. Iron is a ferromagnetic material so if its exposed to the magnetic field of the inner core it will become magnetised.

Without the free flow and circulating flows of electrons inside the Suns core then magnetic induction cant happen.

If the Suns' magnetic field is produced by its core why is it not a bipolar field like Earth?


BTW, all indications are that iron does not exist in high concentrations in the Sun.


Ok convection of cells of plasma yes thats plausible but im not completely sold on that theory.


If the Suns' magnetic field is produced by its core why is it not a bipolar field like Earth?

Im speculating here that possibly because its a dynamo with three separate sections which have their own characteristics.

First the inner central core which is as I described a circulating liquid flow carrying free electrons.

Then a second middle section which has a convection layer of different thermal and electrical resistance properties which allows flows in directions which are at tangents directions to the inner flow direction.

You might want to refer to the Curie temperature of iron.
edit on 12/21/2012 by Phage because: (no reason given)

Looking at that picture you linked that shows the magnetic flux lines i see what looks like bar magnetics sitting on the suns surface. There is also a large concentration of Iron inside the earth. These two things are not solid evidence for my theory but i can see how with the right fluid flows if set up inside the sun, then it might produce the right magnetic vectors at the suns surface to magnetise any iron deposited there.


Looking at that picture you linked that shows the magnetic flux lines i see what looks like bar magnetics sitting on the suns surface.


You might want to refer to the Curie temperature of iron.

You might want to refer to the Curie temperature of iron.

Read that and it basically says that for Iron its 1043 K or 770 Deg C. Iron loses its ferromagnetic property under 770Deg C. The present theory is the suns surface is about 5000 Deg C. This therefore indicates on of two things that

1. The plasma convection model is correct (the sun has no iron) for making the magnetic fields

2. The sun is really not as hot as it appears and this indicating the Hydrogen/Helium plasma model of the sun is incorrect.