I can't see these guys living very long, but credit to them for having a go.

Rebels making a machine gun that works by remote control.

They put waaaay too much effort in designing and setting up the cameras, screens, and controls.... all that wasted effort could have gone towards actually making something worth making lol.

It's almost as if these rebels are trying to convince themselves of something by introducing these unnecessary uses of technologies.

sad...
edit on 9-12-2012 by MESSAGEFROMTHESTARS because: additional information

Also, it's not serin gas proof.

Think back to world war 2 people, only the most elite and wealthiest of nations could have produced such a vehicle.

Now think back to WW 1 this would have been impossible, this machine is a Cadillac compared to those lumbering beasts.

They meet anybody with an RPG (which seems to be pretty much everybody) and they are toast.

If that's a Sham II, I dread to think what the Sham I was like.

They're also building a Navy 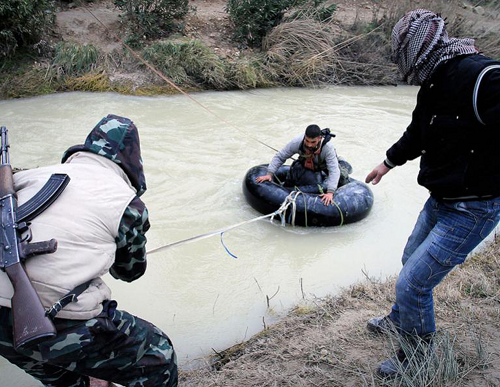 And they use the " sham wow" to sop up the blood later.

When comments like these get stared and intelligent discussion attempts get ignored, you know we're in serious trouble.

Hey, add a piece of plywood and an RC airplane and they'll have their first aircraft carrier.

I wonder if they have started a space program yet?


Looks like a shrapnel dispenser to me. Very innovative nonetheless.

Hey, add a piece of plywood and an RC airplane and they'll have their first aircraft carrier.

I wonder if they have started a space program yet? 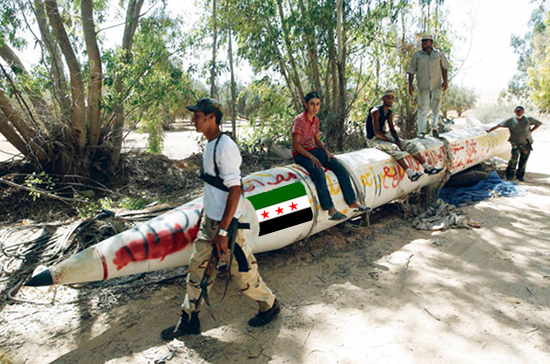 posted on Dec, 9 2012 @ 04:11 PM
link
It would serve infantry well in an urban enclave, well hidden in rubble perhaps, but that's it's limitations.

The second SAA armour or air support spots it, thing is a coffin on wheels.

Would be much better suited with no one inside and the gunner following up behind in something actually armoured.

On the video there was an interesting comment,
"Imagine the kinds of tanks WE will have when this happens here"

posted on Dec, 9 2012 @ 04:22 PM
link
So if they die in battle does the Sham 2 get 70 virgin go -carts to deflower?
They take war pretty seriously over there by the looks of this thing.
Enough to sacrifice a perfectly good nintendo controller for.
Now, that's commitment.


clearly its an armoured vehicle and not a tank (no tracks)

everyone has start somewhere

posted on Dec, 9 2012 @ 07:44 PM
link
Pretty cool machine, in my opinion. I'd love to build something like it, not to kill people, but just to have a cool vehicle with remote controlled stuff and cameras and whatnot...but I'm a nerd like that.

And the "ignorant" comments are getting starred because they are causing a chuckle.

This is ATS...we see threads encompassing the entire range of the imagination, from complete 100% facts all the way to "Really? You actually believe that?". This site is the embodiment of the idea of "To Each His Own", whether it be displayed through the authoring of a new thread or a sarcastic response to an obviously delusional OP (that's not directed at the OP of this thread, just a general statement).