Doomsayers await the end of the world

Doomsayers await the end of the world

The end of the world is nigh, or so apocalypse observers would have you believe. The Mayan and Hopi Mesoamerican Long Count calendar may have begun in 3114BC and continued unerringly ever since, but it comes to an abrupt halt on 21 December 2012. Hence, the belief gaining ground among those who fall for this kind of thing that the cosmos will cease to exist in 12 days' time.

That being said, I am and will be following all those that do, the sheer amount of people, and volume of arguments coming from the " Doomsayer " is alarming to say the least.


A few days ago, the Australian Prime Minister, Julia Gillard, made a joke, the Mayan predictions in a spoof television appearance for the radio station Triple J. Acknowledging that "The end of the world is coming"...

Just as the story aired , I had a few folks drop into ATS chat and argue about it being true, and that the end was nigh...

Well I hope to see you all on the 22nd, See you on the other side ATS 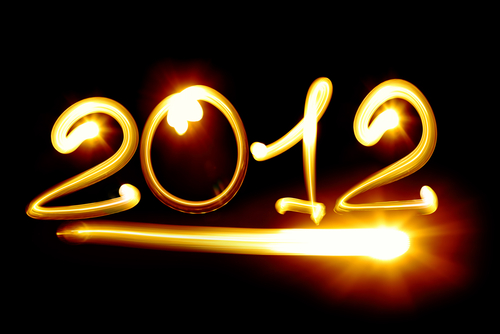 posted on Dec, 8 2012 @ 09:43 PM
link
I feel the 21st of december is going to be the biggest anti climax for a long,long time.If
I thought the slightest thing out of the ordinary was going to happen I'd be jumping for joy as it gives me an excuse to phone in and take the day off work.

The fact I'm going to work on the 21st shows you how concerned I am,afterall you wouldn't want to waste the end of the earth by working.lol !!

I'll be spending the 21st the same way I do every December 21st.

Sobbing hysterically and soiling myself. Not because of any doom, but due to the Christmas spending we'll be doing.

Also, SLAYER is having a party that day. BYOB and hotpockets. He'll have fondue and little bits of stuff on toast for snacks.

posted on Dec, 8 2012 @ 09:52 PM
link
Ater reading the whole article , i was pleasantly suprised to find a link video about a bikini dance on a vietnamese airline.
ok back to TEOTWAWKI
Those Russian preppers are on the ball ,Buying up matches ,fuel and sugar? should make for an interesting apocalypse party

posted on Dec, 8 2012 @ 09:52 PM
link
reply to post by Spike Spiegle
The thing Im more worried about is that so many people are waiting for this date. The elite know this so it is the perfect opportunity to make something happen or appear to happen. Cut the power and all hell breaks loose while they sit comfortably in their bunkers. Maybe they wait till after the date when everyone is relaxed and done fearing. Sound crazy??

Hotpockets and fondu you say, I'm there!

Though I must admit it sounds slightly too... " high brow " for me, I'd probably just drop hotpocket and fondu sauce on everyone

Hopefully Russia doesn't tear itself apart with this.... knowing them though; " In Russia 21st of December drives you "

Unfortunately I've met more then my fair share, be it during my day to day, or here on ATS.

Hence why I am prepared for more then one " horror" stories from the " doomsayers "....

Hopefully not too many.


I told my sister I wasn't shopping for x-mas. I don't celebrate it. And she's like, "Yeah, but she's your niece" and I'm "And, your point is?" I'm saving money.

Besides, last year I bought her a karaoke microphone and she busted in the same night smacking her mom with it. Spent $100 bucks, saved a $100 bucks.
edit on 8-12-2012 by Manhater because: (no reason given)


Slayer is having a party on the 21st and I wasn't invited?
Forget the hotpockets,I will order pizza and hotwings.Do
I get invited now?
I will bring the cookies,there are too many rumors about
your 'special' cookies on the webs.


I am ready for anything SS!

I know you're ready too!


As I've said before, your insight brings shame even to the wisest of Ninja's...

I only hope to mimic your skills to a certain degree, I could never match thee....


A show off with the coolest avatars..

I want to know your secret.


We shall defeat Khan and Dec.21st together! Shakes fist at imaginary "Niburu".....


whispers "google is your friend" and tiptoes away...


Slayer is having a party on the 21st and I wasn't invited?
Forget the hotpockets,I will order pizza and hotwings.Do
I get invited now?
I will bring the cookies,there are too many rumors about
your 'special' cookies on the webs.

Of course you're invited! And the cookies are fine. (just don't eat the "raisin" ones)