Bob swept the floor of the saloon then cleaned the counter. He slowly ran the cloth across the wood of the bar, admiring the age and the history that it has seen. He filled the ice bins and checked the stock. Bob then turned down the lights and lit a few candles.

Bars should have some atmosphere, he thought.

And though the setting was perfect, the bar clean, the shelves stocked, there would be no customers tonight. Nor any night. Since December 21st, 2012, the day the dead rose and the zombie apocalypse occurred, there haven’t been any customers to frequent the saloon that Bob owned.

At least he tried to. Being dead, he was out of practice. The first wave caught him unaware. This was not like the movies, he thought. He didn’t get to play hero. He didn’t get to survive. And yet, he wasn’t shambling along Main Street looking for living flesh to devour. He was still, well, just Bob. He still had a mind, his will, his “soul”.
He wondered why.
He poured himself a drink and sat at the bar, looking into the dram of scotch that he poured. Trying to find some answers. He was so deep in thought that he never heard the hurried footsteps racing across empty streets. He never heard the gasping of breath. But he heard the door open and he turned to his first customer since the world ended.

A small bespectacled man ran into the bar and stopped in front of Bob. Bob couldn’t hide the pallor of death on his features. He couldn’t hide the fact that he was one of the undead. But the small man ignored the obvious facts and stated, “Bob? I need your help. We need to save the planet.”

The small man reached over the bar and grabbed a bottle of gin and proceeded to drink almost half in one go. He stopped, gasped, wiped his mouth and said, “Sorry. Should have introduced myself. My name is Dirk Freemley. I save planets.”

Originally posted by Ihnen
No!
I save planets. 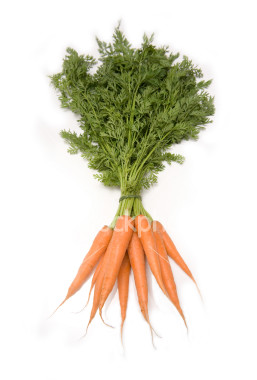 
I'm working on it. Just don't know how far to take it here.

Keep going please. And yes of course, too far is good...

Bob just stared at his visitor. This strange little man with his strange little introduction. The zombie apocalypse has torn apart civilization. The cities went first. Large population centers were the first to go. No altruism, no charity, no government came to the aid of the people all over the globe. It was every man for himself. Smaller communities fared much better. Those “gun nuts” and survivalists and conspiracy theorists actually did quite well. Of course you would have your larger than fair share of crazies. Nut jobs who faced the destruction of civilization will the aplomb of an epileptic at a strobe light factory.

This “Dirk” character was no different. Some nut who has completely lost it. Hell, he should be screaming or try to bash my brains in, thought Bob.

Bob forced his lungs to work and he croaked out, “You should run. Hide.” He took another breath and said, “Go away. Let me die.”

Dirk took another swig of gin and asked, “You have anything to eat? The restaurant where I used live above has sadly run out of food. I tried calling several take-outs but no-one is picking up anymore. In order to save the planet, we must first, get something to eat. Then find the person or persons responsible for this mess. After that it’s just a simple matter of destroying the zombies, finding a new place to live, and getting a good restaurant open again!”

“Probably. Never got myself tested. Queen Victoria once stated that I had a ‘clarity of mind’ that she found refreshing. Though Julius Caesar thought I was off me nugget. A musician. Nice man. Lousy politician. In any case, I am what I am. An alien, in your parlance. A creature from another planet. A long-lived supreme being with a vast intellect and very few resources.
Do you have any peanuts?”

Dirk lept over the counter and smiled as he found not only peanuts, but a very large bag of pretzels.
He continued, “I couldn’t stop the apocalypse, but I could make a few small changes that would enable me to have a small chance at reversing the damage. You for one. You, Bob, are special. You are dead, sorry about that, but you have kept your soul, your sanity, and your moral convictions. We’ll need that if we’re going to find out who did this.
Oooh! Chex-mix! Brilliant!”


i cant wait for part three,
its an interesting premise and its got me hooked,


Thanks! I'm working on it.

if all else fails i will re write it for you


Thanks! I appreciate the effort.

Somehow you have to also fit a towel into the mix.
edit on 8-12-2012 by TDawgRex because: (no reason given)

Somehow you have to also fit a towel into the mix.
edit on 8-12-2012 by TDawgRex because: (no reason given)

I nearly did add a towel, but didn't want to be too obvious.

Just having fun with it right now. Playing with part three right now.

This sounds like a good start to a book.

This sounds like a good start to a book.

I actually took elements of a book I did write (Bob) and decided to get silly with the introduction of Dirk. I'm actually having fun with the rewrite, but am trying to find a way to close it up for ATS.

Thanks for reading it.

It doesn’t take an evil genius mastermind to engineer the end of the world, but it helps. Born Carl Finch, son of the great Earl Finch maker of cowbells, he searched for a new name. A name fitting for the mastermind the creator of the zombie virus.

“Darth Finch? Nope. Earl Grey? Lovely tea, lousy name. Maurice-. . . oh what the hell am I thinking?” Finch stormed across his bunker. His secret lair. His Fortress of Tranquility. (Which was actually an abandoned Denny’s off of interstate 95.)

Finch monitored the news feeds, the ones that still ran that is, and was waiting for the complete collapse of civilization. There were no leaders, heads of state hid in underground bunkers, sipping bottled water and breathing canned air just waiting for the virus to kill itself off. The onset was too rapid for any of the fail-safes to take place. By Finch’s calculations following the lines of succession for the presidency, the current ‘president’ of the United States was Darrel Fincklestein. An assistant park ranger in Yosemite who was currently begging for canned beans on the ham radio while fighting off zombie campers.

Finch’s goal was simple. Insert a fatal virus into the atmosphere. Destroy much of humanity. Find a nice split-level (with a fence, preferably the stone type. They look fancy) and settle down with a beautiful survivor.

Oh yeah. And place himself as ruler of the world. Maybe get a nice throne as well.

Carl moved away from his musings and went to heat up a snack and monitor the news.

Four
“ . . .and that’s how babies are made. Never mind that silly concept of fertilizing eggs and such. But I’m getting off topic and want to talk more about you, Bob.” Dirk sat back and finished off yet another bag of snacks.

Wow. He can really put the food away, thought Bob. He didn’t know what else to think, however. Such a strange turn of events in the past month. Zombies, the end of the world, aliens. If he wasn’t sitting in the middle of a deserted city, surrounded by the undead and being one of the undead as well, he’d have called the police and an ambulance for this nutter a long time ago. But this Dirk character had made too many points. Plus he spoke with such a quiet confidence that he was at a loss to oppose what he was hearing.

Bob took a deep breath and asked the question the Dirk had been waiting to hear.


Thank you my friend. The expanded version is just that. Another month and it should be just that.