A rare find in England has riveted the British archeological community.

Artifacts, including a bronze helmet dated to the 1st Century B.C.E., were found by a man with a metal detector on farmland near Canterbury in southeastern England, the BBC reports.

"Even for Britain as a whole, I knew such a find would be incredibly rare," Andrew Richardson, the Finds Manager for the Canterbury Archaeological Trust, recounted on the organization's website. "But the finder seemed very confident and I knew he was an experienced detectorist."

Being a bit of an amateur historian myself, I was delighted to read this story late this Friday afternoon. 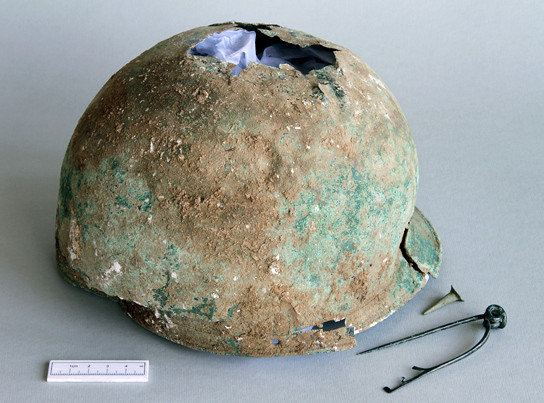 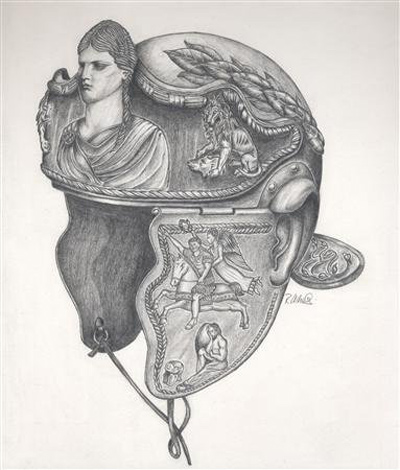 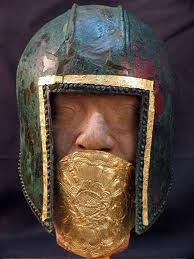 The man who found the helm has chosen to remain anonymous, which is a bit bizarre...


The Iron Age is the archaeological period generally occurring after the Bronze Age, marked by the prevalent use of iron. The early period of the age is characterized by the widespread use of iron or steel. The adoption of such material coincided with other changes in society, including differing agricultural practices, religious beliefs and artistic styles. The Iron Age as an archaeological term indicates the condition as to civilization and culture of a people using iron as the material for their cutting tools and weapons.[1] The Iron Age is the third principal period of the three-age system created by Christian Jürgensen Thomsen for classifying ancient societies and prehistoric stages of progress.[2]


Anyway, this find is one of only a hand full of such helmets found on British soil.

I thought some on ATS might enjoy this story.

posted on Dec, 7 2012 @ 01:06 PM
link
Looks like the guy who wore it got an axe through the skull. Interesting find! Thanks for sharing


Aye, you saw that too heh

On the other hand, the thing is over 2000 years old, ancient metal things tend to get kind of rusty.

But, I like to think the wearer went down in some epic battle, axe to the brainbox


A galea was a Roman soldier's helmet. Some gladiators, myrmillones, also wore a bronze galea with a face mask and a decoration, often a fish on its crest. The exact form or design of the helmet varied significantly over time, between differing unit types, and also between individual examples - pre-industrial production was by hand – so it is not certain to what degree there was any standardization even under the Roman Empire. Originally, Roman helmets were influenced by the neighboring Etruscans, people who utilised the "Nasua" type helmets. The Greeks in the south also influenced Roman design in the early history of Rome. For instance, the ancestor of the Chalcidian helmet, the Attic helmet, was widely used by officers until the end of the empire. Lastly, the Gauls were the peoples who most impacted the design of the Roman helmet hence the popular "Imperial Gallic" type helmets. In addition to this, it is commonly thought that the Gauls also introduced chainmail to the Romans. 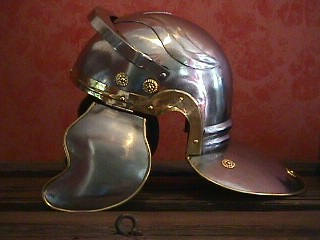 was of the German Stahlhelm:


Not a bad thought considering the " look " of the helm, when considering it's age however...

Unless there were German soldiers wearing stahlhelms in ancient Britannia, the answer to your query would be: No.


Not a bad thought considering the " look " of the helm, when considering it's age however...

Unless there were German soldiers wearing stahlhelms in ancient Britannia, the answer to your query would be: No.


Erm, there was no query. I didn't ask anything.


My first guess... looks very much like a Etrusco-Roman bronze helmet minus the acorn knob on top and cheek plates. 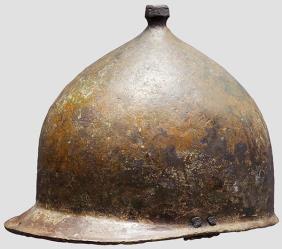 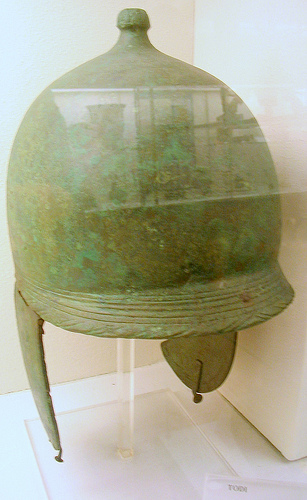 
Nice catch, could very well be it, the " acorn " is missing on the helm that was recovered and the Etrusco-Roman bronze helmet fits the timeline nicely...


An Etrusco-Roman bronze helmet of Montefortino/Rieti type late 2nd to middle 1st century B.C. Hemispherical bowl wrought in one piece out of sheet bronze, on the top a finial acorn knob with punched decor, around the rim a border of incised parallel mouldings widening at the back to an avantail decorated with many small struck patterns and a rivet hole for a thong, on each side two holes for affixing the cheek flaps. 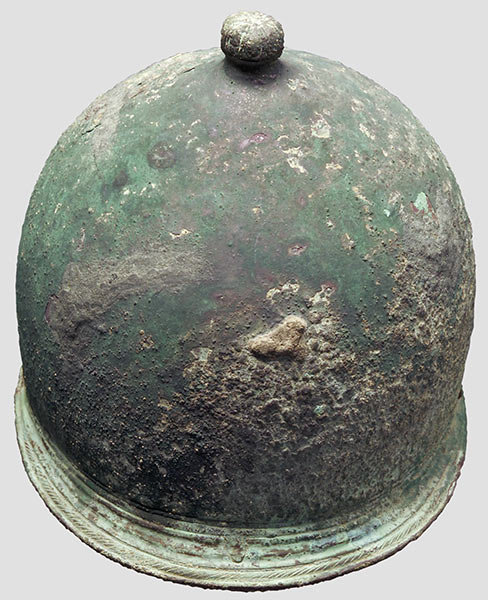 
The article did not seem to go into much detail about the type of helmet. Looking at your last post I would bet it's a Etrusco-Roman bronze helmet.
I enjoy metal detecting myself that would be a find of a lifetime despite the damage.
Nice picture love ancient armor history.
edit on 8-12-2012 by flyingfish because: (no reason given)


Thank you for first bringing it up, I just did a few quick Google search's afterwards...

Regarding ancient history, armors, general military history be it BC or AD, I find it all to be fascinatingglad to see another History buff among the crowd ( History forum please:roll

I think we may have got it, time will tell...


Erm, there was no query. I didn't ask anything.

Sadly if it was aired on history channel not only would it not be ridiculous, but it would be considered possible. 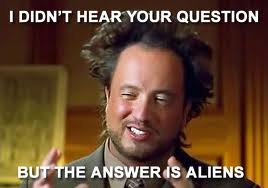 On the other hand, it's funny how little odd finds like this would be the highlight of some "mainstream scientists" career, but if there are no aliens or time travelling nazi's it just doesn't quite muster a response from the general public...


Slightly off topic but that guy, meme, and your whole point is so true.

*hats off to you sir