How did Prop 37 in California lose? Fraud and a conspiracy uncovered!

In the above link you will find a plethora of misuses of information and outright fraud commited by the "No prop 37" campaign. Is this what TPTB use in order to get what they want? How DID in fact prop 37 actually lose? What was the peoples argument for voting no on 37?

Please post concerning those in support of 37 and especially those that would've voted No on 37. Any conspiracy theories as to HOW prop 37 lost are welcome as well.

posted on Dec, 6 2012 @ 10:58 PM
link
People were fed "research" that genmod food is safe and still natural. I had people coming to my door to talk to me about it. That and a thousand (exaggeration) flyers in my mail box.

I have a theory: Where money changes hands, there is bound to be deception. I have wondered if voter fraud had happened over many different things in the past election.
edit on 6-12-2012 by Rubicant13 because: (no reason given)

Originally posted by Echo3Foxtrot
People were fed "research" that genmod food is safe and still natural. I had people coming to my door to talk to me about it. That and a thousand (exaggeration) flyers in my mail box.

That's a shame! Other countries do it without a problem. People shoulda done their research. They may have just signed their own death warrant.

I have found that the majority of my neighbors are low information voters. I'm not trying to be mean, but many do not have informed opinions. It's not even a liberal/conservative either. I can respect an opposing position and understand their reasoning, and still believe they're wrong.

So I was talking to a fellow conservative about this and she said, "It will increase the cost of food."

I looked at her and asked, "Why do you believe that?"

She stated that they would have to make special labels for California. I politely explained that wasn't true. As with car emissions, California sets the consumer standards (most vehicles built are compliant with CA emission laws). In short all labels around the country would have GMO labels if they had a multi-state distribution facility. Things like Coca-Cola wouldn't do that (since they have bottling plants in many states), so in those cases things made local in CA would only have it.

Unfortunately her position was that of the commercial.

posted on Dec, 6 2012 @ 11:07 PM
link
Jeesus with the freakin Mafia running the voting machine companies......
I wonder if any vote can be bought?
Very likely wouldnt you think?
There is no real demoocracy left.
Just corruption 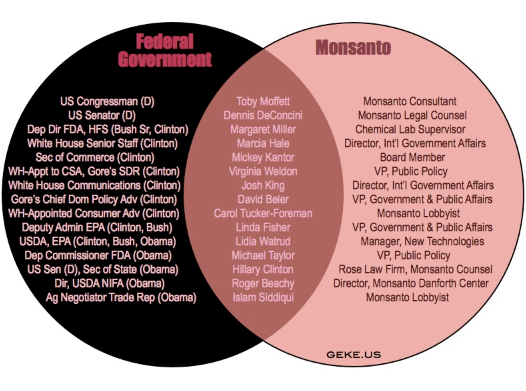 Originally posted by GreenGlassDoor
reply to post by foodstamp

I hear ya on the low information voters. It's scary to think these people take about 5 minutes to make a decision on amendments to our state constitutions. It makes me sick really. I thought the proposals for my state were more important than voting for president.
edit on 12/6/1212 by foodstamp because: (no reason given)


It was raising the sales tax and income tax for the "wealthy". If there was honesty in advertising the pro-Prop 30 crowd would have had the governor pointing a gun at the head of a school child and saying, "If you don't raise taxes the kid gets it!"

The whole thing was predicated on disaster befalling education if we don't pay up.

It says so right on the picture. Heh


Can you give the source for this please?


I would say it lost because of the amount of money that was spent by the side opposing this proposition. That and people were scared into thinking that food prices would skyrocket.

Here's what the information on the voting ballot looked like.


Requires labeling of food sold to consumers made from plants or animals with genetic material changed in specified ways. Prohibits marketing such food, or other processed food, as “natural.” Provides exemptions. Fiscal Impact: Increased annual state costs from a few hundred thousand dollars to over $1 million to regulate the labeling of genetically engineered foods. Additional, but likely not significant, governmental costs to address violations under the measure.

NO A NO vote on this measure means: Genetically engineered foods sold in California would continue not to have specific labeling requirements.

ARGUMENTS
PRO Proposition 37 gives us the right to know what is in the food we eat and feed to our families. It simply requires labeling of food produced using genetic engineering, so we can choose whether to buy those products or not. We have a right to know.

It appears to me that the wording on the ballot was pretty biased and was enough to scare the voters .

In late September, 61 percent of polled Californians supported Prop 37. But just a month later, that opinion flipped upside down, and only 39 percent were in support of the proposition, with 51 percent in opposition of it.


Prop 37 Vote-Fraud Update: 3.3 million Votes Still Uncounted (November 12, 2012) When the networks and other media outlets made the early call on election night, claiming Prop 37 had gone down to defeat, there were millions of votes still uncounted. I just checked the California Secretary of State’s website, which is the official center for vote results, and there are 3,334,495 votes that remain unprocessed.


I made a thread a while ago regarding most votes not being counted. They had it all worked out
since the beginning.


From The Cornucopia Institute at --- www.cornucopia.org...

The other infographic can be found there as well. It is a wonderful resource for Food Freedom advocates.

I'm in CA and the advertising was filled will lies and deceit. But everyone (and I mean everyone) was voting in favor so I think more was involved then just propaganda. Around the state we have Abeulas (Grandmothers) that sell tamales from carts to make extra money for their families (best tamales you can find) and the were all lobbying in favor of Prop 37. I think the only people who voted against were stupid white people, but I digress.

The fight is on and this is an area where we can all come together and fight the monster. This is a universal sign of the monster (or beast in christ-speak).

posted on Dec, 7 2012 @ 01:49 PM
link
maybe ads coming out with stuff like.....california will lose hundreds of thousands of jobs...or...food prices will increase drastically...or....farmers will go out of business...or....only some products will be labled.....or....there is nothing wrong with GM foods....or... it'll hurt poor people and those on a fixed income the hardest....lies like that.

Use these bb code tags