War was being planned with Britain, by America in the 30's !


This sheds some further insight on the mindset, what was going in the 30's

A BBC Radio 4 investigation sheds new light on a major subject that has received little historical attention, the conspiracy on behalf of a group of influential powerbrokers, led by Prescott Bush, to overthrow FDR and implement a fascist dictatorship in the U.S. based around the ideology of Mussolini and Hitler. In 1933, Marine Corps Maj.-Gen. Smedley Butler was approached by a wealthy and secretive group of industrialists and bankers, including Prescott Bush the current President's grandfather, who asked him to command a 500,000 strong rogue army of veterans that would help stage a coup to topple then President Franklin Delano Roosevelt. According to the BBC, the plotters intended to impose a fascist takeover and "Adopt the policies of Hitler and Mussolini to beat the great depression."

The conspirators were operating under the umbrella of a front group called the American Liberty League, which included many families that are still household names today, including Heinz, Colgate, Birds Eye and General Motors. Butler played along with the clique to determine who was involved but later blew the whistle and identified the ringleaders in testimony given to the House Committee on un-American Activities. However, the Committee refused to even question any of the individuals named by Butler and his testimony was omitted from the record, leading to charges that they were involved in covering the matter up, and the majority of the media blackballed the story.

In 1936, William Dodd, the U.S. Ambassador to Germany, wrote a letter to President Roosevelt in which he stated, "A clique of U.S. industrialists is hell-bent to bring a fascist state to supplant our democratic government and is working closely with the fascist regime in Germany and Italy. I have had plenty of opportunity in my post in Berlin to witness how close some of our American ruling families are to the Nazi regime.... A prominent executive of one of the largest corporations, told me point blank that he would be ready to take definite action to bring fascism into America if President Roosevelt continued his progressive policies. Certain American industrialists had a great deal to do with bringing fascist regimes into being in both Germany and Italy. They extended aid to help Fascism occupy the seat of power, and they are helping to keep it there. Propagandists for fascist groups try to dismiss the fascist scare. We should be aware of the symptoms. When industrialists ignore laws designed for social and economic progress they will seek recourse to a fascist state when the institutions of our government compel them to comply with the provisions." The proven record of Prescott Bush's involvement in financing the Nazi war machine dovetails with the fact that he was part of a criminal cabal that actively sought to impose a fascist coup in America.

General Smedley Butler, author of the famous quote "war is a racket", exposed the fascist plotters but was subsequently demonized and shunned by the government and the media.

Had Bush and his backers succeeded, I have no doubt that America and Britain would have gone to war during WW2, the world would have been a nasty place today, divided up between Nazi Germany and Nazi America.
Canada wouldn't exist today and America would be the biggest country in the world.

posted on Dec, 6 2012 @ 06:18 PM
link
You cannot even spell "Britain" properly in your title so I cannot take anything you say seriously.

posted on Dec, 6 2012 @ 06:26 PM
link
That sounds like an interesting tale, if I do say so myself. I believe that it sounds plausible, but then again so do pan dimensional 8ft tall Reptiles that control the monetary system in the guise of the Rothschild name. I'm not sure about its accuracy.

Originally posted by welshreduk
You cannot even spell "Britain" properly in your title so I cannot take anything you say seriously.

Thanks for letting me know I changed it, typo

I think people forget the Nazism that was in America before a general polarization against it, but it came to an end pretty quick when people saw the threat of Nazi Germany.

This seems to crop up on these boards about once every 4 months.

posted on Dec, 6 2012 @ 07:37 PM
link
Britain and its empire was the most powerful force on earth at that time, it is doubtful America would have survived.

posted on Dec, 6 2012 @ 07:53 PM
link
reply to post by dmsuse
Are you daft? Britain barely survived facing Hitler alone, due largely in part to US Lend-Lease equipment, and huge amounts of material brought over on convoys. With a united Nazi Germany and US, they would have easily been defeated, as a blockade would have effectively starved the nation.

It's sickening that these families are still in positions of power and influence after this attempt to rip up the constitution. In my opinion, they are the same people behind the Kennedy Assassinations as well as 9/11.

Britain and its empire was the most powerful force on earth at that time, it is doubtful America would have survived.


I would not describe a bunch of folks going to the English Channel's shores with plow handles, axe handles, and shovels and hoes in hand to meet the most formidable and organized military force the world had ever seen a gesture of power. I would call it more like a scene from Young Frankenstein than "On The Shores of The Greatest Empire Came the Downfall of the Third Reich by the English King's Village Subjects." Don't see it.

The Big Power players who REALLY run America are plotting Americas demise right now, they all have nice homes in Dubai and NEED the populace wiped out that KNOWS what they did. Theyll come back later and buy everything up on the cheap.

Britian KNEW America made alot of money supplying Hitler....which is why Britain refused to let America dismantle the German Max Planck Society (german mad scientist facility).....England oversees them to this day so they have eyes into where the research is being done.

Originally posted by dmsuse
Britain and its empire was the most powerful force on earth at that time, it is doubtful America would have survived.

Before WW1 and you'd be correct. And by the way, America survived pretty well during its war with the crown in the 1770s.


Originally posted by dmsuse
Britain and its empire was the most powerful force on earth at that time, it is doubtful America would have survived.

Before WW1 and you'd be correct. And by the way, America survived pretty well during its war with the crown in the 1770s.


There was really no war with America lol.. The french did most of the fighting for you.. You do know your history?? right??

posted on Dec, 7 2012 @ 06:13 AM
link
Back then I seriously doubt America could have broken Britain, for those who say in 1770 America beat Britain, that was on their shores, thousands of miles from backup, and Britain was fighting more than one conflict at the time.

You just have to look at what Hitler threw at Britain and how well Britain stood its grounds to understand why a force from thousands of miles away would not have got through.


Much of this is well documented elsewhere... Google it.

When you look at the state of things over the last decade or two, it becomes apparent that the plot was successful, only it took a while longer to achieve and was done a bit more stealthily.

That's the illusion they still like to maintain. Fact is, we only paid off the lend-lease loans a few years ago, plus interest of course!
Not to mention the large US military presence on these shores that still exists.

War, good for business for those instigating and bankrolling it, on both sides!
edit on 7-12-2012 by Britguy because: (no reason given) 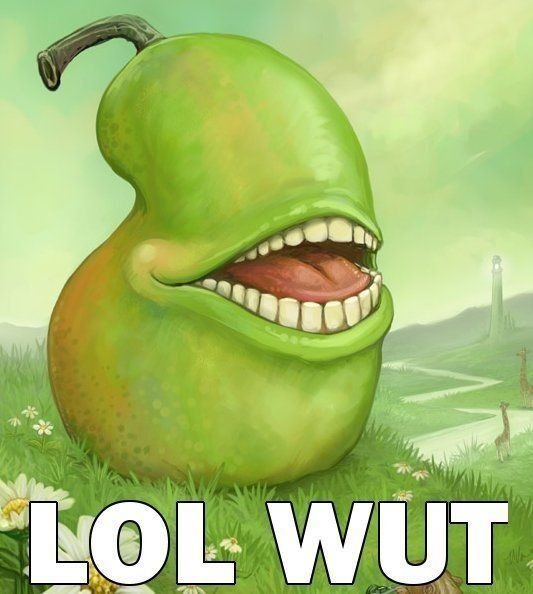 I'm wearingcoffee as I write this.


I had put rolly eyes at the end of that, lmao

Guess they rolled off

Originally posted by woogleuk
reply to post by Merriman Weir


I had put rolly eyes at the end of that, lmao

Guess they rolled off


Seriously, at the risk of all the inevitable 'we pulled your ass out of the fire against Hitler, you limey ingrate' posts this kind of thing inevitably draws, can you really expand and prove this? How reciprocal is the 'special relationship'? We actually bought America's assistance in WWII and we've had to pay for it ever since. Where do you think Brown's gold went? All the bull# wars in the middle-east? All the American influence in right wing British politics over the years? High streets filled with the names of American shops (and yet people moan about other foreign influence) and so on.


That one bugs me also, I often wonder what Americans get taught in history class.

In every book and/or lesson I ever had, Britain and Russia were winning the war by the time the Americans got involved. Yes they offered valuable supplies, yes they helped speed up the victory, probably saving lives, but to say we would be speaking German without them is downright offensive to all the people over here who risked or gave their lives defending this country.

As for the American corporations, I am noticing a trend (up here in the North anyway) of people going back to support local British stores...the McDonalds in the town seems deserted these days.