The dark side of Earth - new high-res images

Scientists unveil images of Earth's dark side from a new NASA-NOAA satellite.


Here is a high-res image of the United States:


I had seen this in the news and forgotten to check these out when I got home.

Thanks for posting this and reminding me.

Great pictures. Look at all those light-bulbs!


Something is really wrong with the picture of Australia.

We're coastal people generally yet for some reason a whole section of desert in Western Australia seems to be powered like cities????

I wonder if that is an error.

posted on Dec, 8 2012 @ 04:45 PM
link
Somewhere deep in the universe there are alien conspiracy theorists looking at earth through a telescope and arguing about what is causing the white glowing spots.


I had This image minus the North and South pole areas printed out to make a large 3' x 5' High-Res laminated wall poster. That linked image doesn't do the final printed quality justice. Oh and I also got just as large High-Rez images printed and laminated of Saturn, the moon and Mars.

I'm weird that way.
I love this stuff.

See Western Australia....I live in this country and those areas shouldn't be so lit up.


What's not explained that I've read elsewhere about images such as these is that the images take into account time lapsed compilations of things such as automobile headlamps on roads and highways, camp fires and street lamps as well.


Weird??? I would like 3d replica model of a solar system in a room


Still makes no sense for this much light. It's desert. 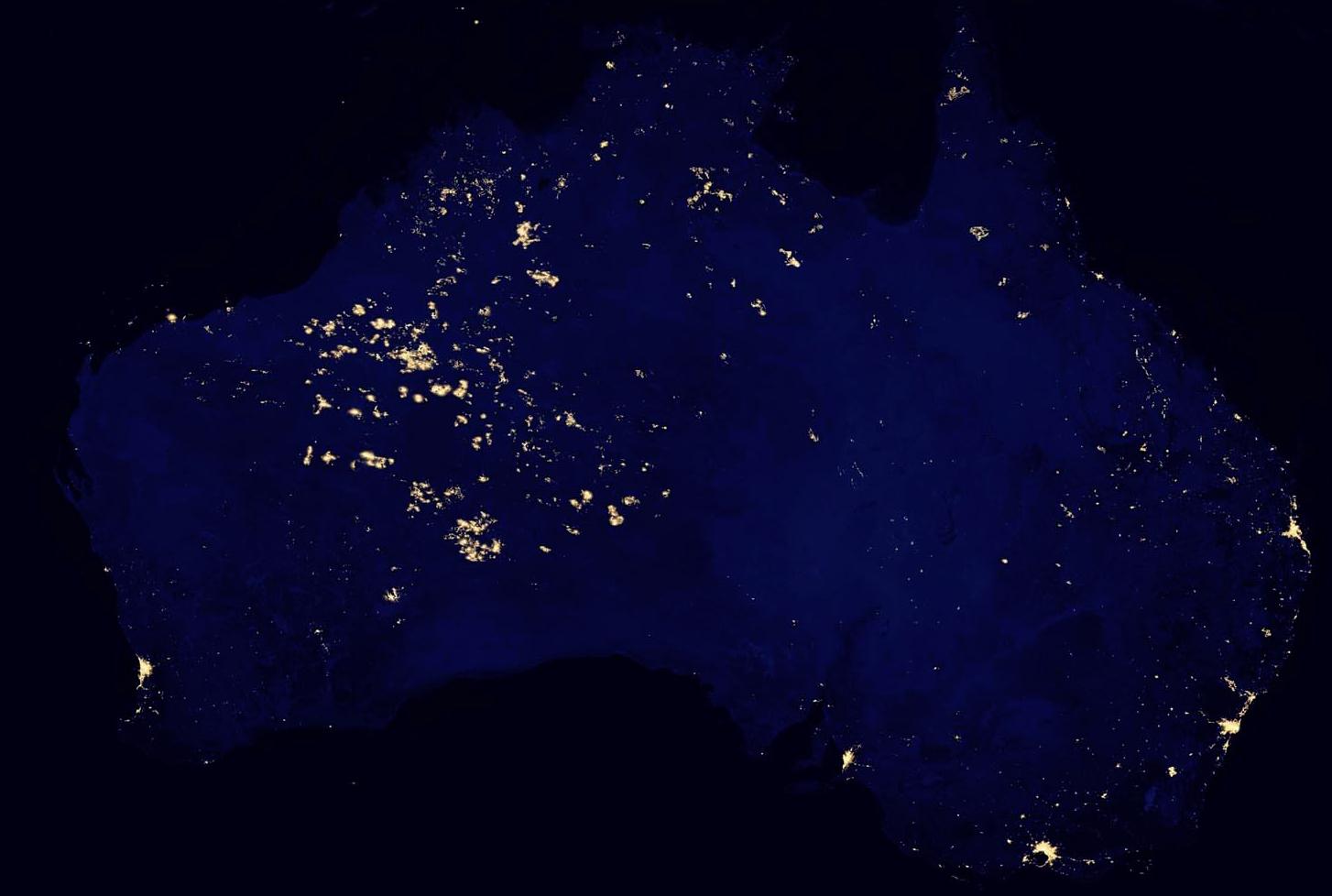 
That is interesting.
I can only speak to the one I linked and the explanation given for it.

Brush fires?
Clouds?
China setting up shop whilst others drink beer and surf?

This could be from the Mining?


Yeh, it's probably China. Just as long as they don't take our Beer and BBQs.

I think it must be an error because comparing to Google Maps there just isn't any sort of civilisation that could produce that much lighting.

I wonder if they're fake?


Compare to google maps. No real signs of life or industry, Weird.

Originally posted by aRogue
Photos are fake, Australia is no where near as lit up like that lol... Nice try nasa.

They all look fake to me.
Like some sort of digital reproduction of some sort.
Why on Earth would the Earth be blue where not "lit"?

Supposedly taken on some Moonless night, no doubt. LoL.
They appear decidedly cartoonish and yes, I would say the "error" in Australia probably isn't the only one.

Originally posted by LightAssassin
reply to post by SLAYER69


Still makes no sense for this much light. It's desert.

They are the wildfires, Australian desert is always full of them. These pictures included wildfires too, not just city lights.
edit on 11-12-2012 by Thebel because: (no reason given)