What could I have heard?

posted on Dec, 6 2012 @ 12:55 PM
link
Yesterday, I heard a helicopter coming from the North. I always go outside and see if it's Life Flight or Military... I have never heard a Helicopter approaching as fast as this was, so I decided to forget the camera(I was half way across my living room,heading for the camera). As I turned around to run outside, it was over my house. I heard the thump, thump, thump of a helicopter, but there was also the whine of a jet engine.

I sprinted outside and it was gone. I could faintly here the thumping from the blades but no whine. What ever it was, it was hauling major a$$. I've never seen a helicopter go as fast as this thing sounded and I most certainly have never heard a jet engine whine coming from a chopper. Any thoughts of what it could have been?

For the people that know how to check flight patterns. It was between 2:15-- 2:30 PM. I'm in East Peoria, Illinois and it was headed South.

Just for perspective, this thing was going 2-3 times faster than I've ever seen Life Flight go. And it hauls at times.

Thanks in advance for any ideas of what it could have been.

First, secret government air craft... The USAF has been experimenting with high velocity pulse jets for about 30 or 40 years now. Some people suggest the Aurora spy plane uses one of these high output pulse jets. They sound like helicopter rotors, but they rip across the sky. They sound REALLY cool. I've seen a couple of these test planes pass overhead and they don't sound like anything else on the planet! Really cool stuff.

Next up, it could have been a Gluhareff Pressure Jet. They are similar to pulsejets, and sound the same. E.M. Gluhareff developed it, and tried to patent a Backpack helicopter. I don't know how successfull it was, but if someone was testing one in your area, then perhaps it is what you heard....

Other than that, maybe it was just a helicopter moving really fast...

It sounded like a Helicopter from afar, but when it was above the house, you could clearly hear a jet engine. At first I thought maybe it was a chopper and a plane flying together, but I've never heard or seen a chopper go by that fast. It was incredibly fast. I'm fairly close to an airport, so I see and hear planes and choppers go by daily.

I sprinted outside and it was gone.

LOL@Sprinting to see what it was. Helter-skelter much?


I've seen some really cool planes go by. If you screw around and don't hurry, you'll miss it. Sorry man, no chicken little or conspiracy BS here. Just curious of what I missed.


I go with Osprey. Ugly plane. I am not a fan,but you see them all the time at the coast. (right near Camp Lejune. 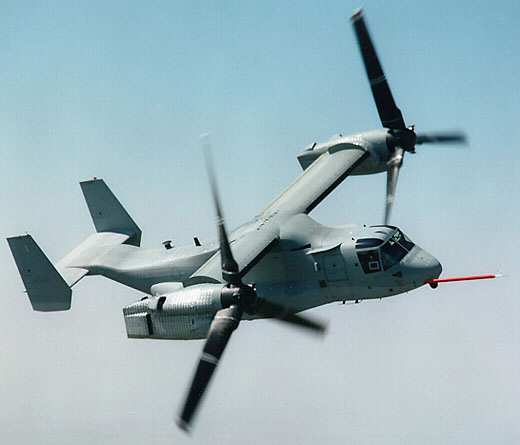 I had the same experience and you described the sound perfectly.
It's been driving me crazy.

I was also lucky enough to see it, as it was relatively low.
It was at night, so I couldn't make out much, but I distinctly remember
noticing that that backside of it (tail area) was flat and slanted upwards.
I think that plane was it.

posted on Dec, 6 2012 @ 06:42 PM
link
Most helicopters flying today have turboshafts, which are jet engines. The "jet engine" sound is generally masked by the rotor sounds.


Most helicopters have been using turbine engines for a very long time. They whine EXACTLY like airplane turbojet engines, minus the thunder-like roar, since they use the turbine thrust to spin the rotors instead of for direct propulsion. Practically any heli these days would sound like that up close. However, if it was THAT fast, V-22 is indeed likely.