A tale of technology transfer from China to Baghdad, 751 AD the story of Lustreware 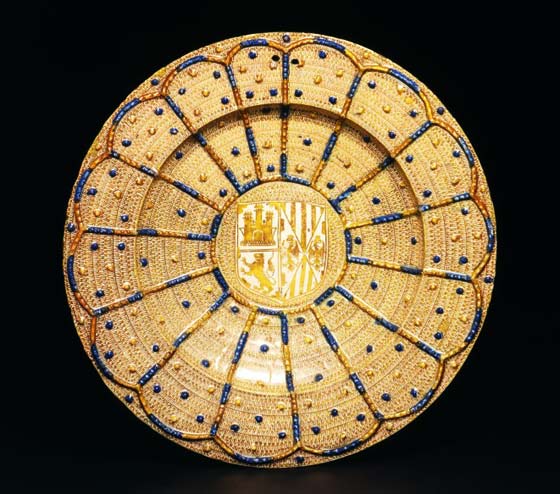 The story starts with a battle, the battle of Talas

The battle of Talas


In the aftermath of this battle the Arabs captured a man and his assistants; at their workshops near Samarkand and taken to Baghdad the centre of Abbassid power and Arab culture. There they remained for eleven years, returning to China in 762. This man was Tou Houan a Chinese master potter and artisan. He was a leading Chinese craftsman of the T'ang dynasty.

What did Tou Houan do in those eleven years of captivity? There is evidence that he may also have given to the Arabs the ‘secrets’ of Chinese ceramics, including white glazes and a fine ceramic body that came to be called Samarra ware. These techniques were to later form the basis of lustreware, the premier ceramic of Islamic craftsman. 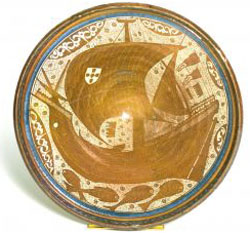 When Tou Houan returned to China he wrote a report that stated that he and his colleagues had taught the Abbasid craftsmen several important techniques, including gold-working, paper-making, textile manufacture, silk manufacture and painting.

This would lead to lustreware

The secret to lustreware developed over hundreds of years and the secret was kept by one small group of potters within the Islamic state until the 12th century. The Abu Tahir family of potters was Abu'l Qasim bin Ali bin Muhammed bin Abu Tahir. In the 14th century, Abu'l Qasim was a court historian to the Mongol kings, where he wrote a number of books. His work on pottery was The Virtues of Jewels and the Delicacies of Perfume, which included a chapter on ceramics, and, most importantly, describes part of the recipe for lustreware.

Abu'l Qasim wrote that the successful process involved painting copper and silver onto glazed vessels, and then re-firing to produce the lustrous shine. The alchemy of the lustreware process was uncovered by chemists and archaeologists, who reported their success in the Journal of Archaeological Sciences, 2008

Scroll thru the link below, going to each of the twelve pages and read the text beneath to get the full story

Link to lustreware images and history

A shorter version, The short version 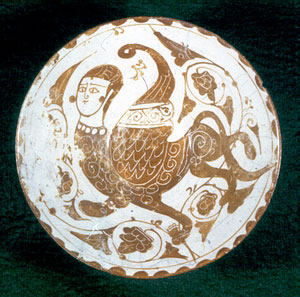 The craftsmanship is extraordinary on those pieces.

They had to have been made by ALIENS,


What a great thread. I could care less about lustreware, but am intensely interested in the transfer of knowledge from culture to culture.

One such transfer that is similar to this is the saga of damascus steel. I am a steel lover. With any luck, I will get a damascus kitchen knife for christmas. If they REALLY love me, it will have a lapis lazuli handle.

"The Phantom Time Hypothesis suggests that the early Middle Ages (614-911 A.D.) never happened, but were added to the calendar long ago either by accident, by misinterpretation of documents, or by deliberate falsification by calendar conspirators. This would mean that all artifacts ascribed to those three centuries belong to other periods, and that all events thought to have occurred during that same period occurred at other times, or are outright fabrications."

The craftsmanship is extraordinary on those pieces.

They had to have been made by ALIENS,

I suspect that somewhere, someplace someone does believe that!