When the fires of the soul burn with too much intensity that can lead to some impacts that we cannot see in the first phase. 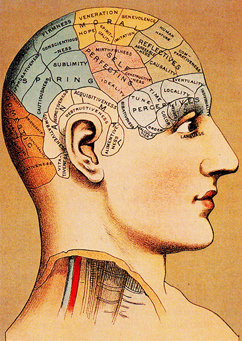 Many times our actions and thoughts, living life at a certain intensity can lead to consuming certain energy too quickly and leads to premature aging of the body.

Sometimes the evil or goodness of a man can give the beauty or ugliness of his body and face.

"Even the he most beautiful people can live in ugliness." 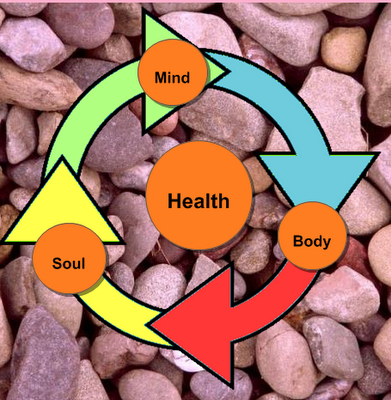 It is a question of choice.

When you put too much wood on the fire the fire intensifies so much so that it burns faster and leave more ash behind. 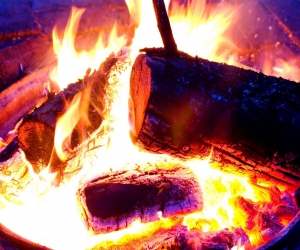 That is what is happening and with the fires of the soul.

It burns too intensely and our body starts aging very early.

In my opinion there is no ugly person in the world all are beautiful,the difference is given by the amount of good thoughts they have and how they live their lives. 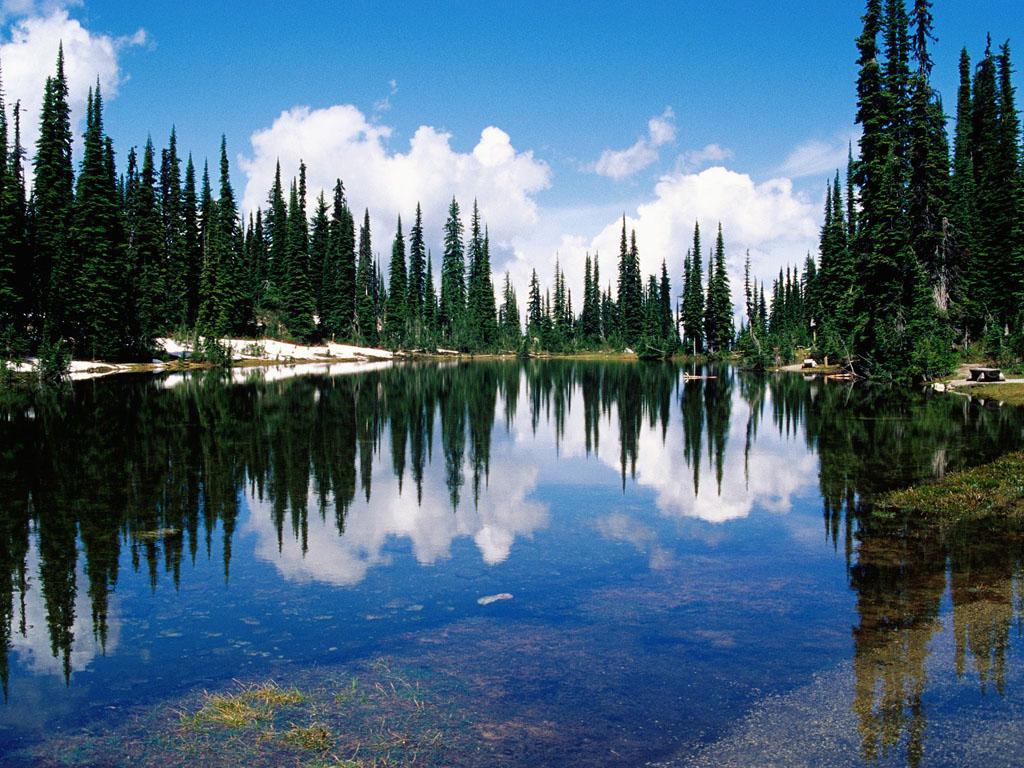 And the proof lies in the animal kingdom.We can not differentiate members of the same species in terms of ugliness or beauty. 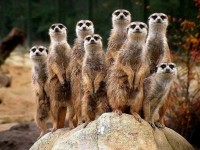 "If beauty is given by the shape then we all can be the designers of our own body...but first we must design our own mind and the tool for this is the thought." 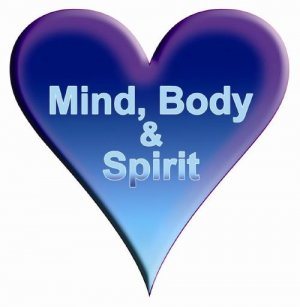 Actually we use our mind against our body.

posted on Dec, 4 2012 @ 02:25 PM
link
( Before you start reading this, you might want to make sure you have some extra time on your hands. There is a lot here to digest. This is what I took out of your post. I guess I just take a lot from what you seem to give.)

People underestimate the power of mind over matter. People have a hard time, in this case, differentiating between the figurative and the literal. You can't literally move a mountain with your mind, but since that's an analogy for doing something seemingly impossible, you can figuratively move a mountain, do the seemingly impossible, with your mind. And the reason, again, it seems impossible to most is because people typically don't put a lot of stock in the power of the mind.

People tend to think that what is...........is and there's nothing we can do to change it. They don't realize that, with our mind, we change the outcomes of things everyday. That's why, to me at least, there are no overtly beautiful or ugly people. Most people I see are somewhere in between because most people don't take the actions or inaction's they're capable of or actually do, to extremes. They stay in the middle of the road, cautious so as to not to rock the boat, and get things done in accordance to how things are pre-determined for them. Doing things the way everyone else has done them before them.

Some people try really hard though to make drastic changes in themselves or other people. But since they're still stuck in the mindset that they need to do things as everyone else does, no major changes happen. They need to think outside the box, be totally independent of other peoples' expectations, and do what's right for THEM. And that's why

things in this life change very slowly,
If they ever change at all

They need to realize that if they don't purposely hurt anyone else, there's nothing wrong with doing something good for themselves. It's a safe place to be though. Things may be pre-determined, but they're familiar as well and there's a certain comfort in familiarity. But most importantly I suppose, is if you're that type of person, who isn't beautiful or ugly, that's the way you're always going to be. That's the one thing your mind can't change. If you're inside the box, like the overwhelming majority of people are, that's where you're going to stay. You can poke your head outside every once in a while when that familiarity of life gets "boring", but you're eventually going to go back in.

Trust me, there are certain fundamentals about people you can't change. You're either a free thinker or you're not. You either get twice as much done in half the time without trying, or you do the same amount of actions as everyone else does in the same time frame. Try as you might to emulate the free thinkers, you're not going to be able to. Some people realize all this and accept it as their lot in life. How they handle that acceptance is what makes them beautiful or ugly. Some people see this and try to change it, which makes them ugly because they're frustrated that they're not changing. Not realizing that you can't change this sort of thing about yourself.

What they're trying to do besides being something they're not, is trying to be someone they don't want to be. As I said before, the vast majority of people in the world are not free thinkers. Some people accept this gracefully. Most though, do not.They do not gracefully accept that truth about themselves, they're ugly because of it, and their resulting actions day in and day out are typically ugly as well. Then you have the minority that the majority would like to be. They are actually able to instigate positive change in this world. But since they're in the minority, that's never going to happen. And since the majority, generation after generation, have been stuck in this self-generating and perpetual cycle of negativity that is fed by their lack of acceptance about themselves, they wouldn't know what to do with positive thoughts and actions if you gave it to them on a silver platter.

The people inside that proverbial box don't know what it's like on the outside. They don't know what it's like to be both in the minority, and misunderstood because of it. The people inside the box belong outside as much as the people on the outside belong inside. Both sides need to gracefully accept their lot in life. By doing so they're allowing themselves to appear more beautiful to one another. When this happens, the walls that divide those who live inside the box and those who live outside, start getting torn down. And THAT is when things really start getting done.

But sadly, as a whole, people are not at that point yet. For now, the riches and the power belong to those inside the box who fought the others harder, with their self-generating negativity, and won their spot at the top of that mountain. That mountain I was talking about earlier. While the others who are outside of that proverbial box watch it all go down and wonder if those people will ever know what it's truly like to be free. To be beautiful.

Lastly though, there are the one's who, for whatever reason, are in the box who don't belong. I think this is you Pi. For whatever reason you're stuck in a way of life you don't belong in. But, like everyone else there, you're used to the familiarity that box brings. At the same time, you can't help but to think sometimes

People like you are capable of using your mind over matter to accomplish great things in this life. Your unique position allows it. You're like a piece of sliver in the garbage dump Pi. God made you a beautiful individual, inside and out, but because of the circumstances he put you in, your beauty shines brighter than most.

Lastly though, there are the one's who, for whatever reason, are in the box who don't belong. I think is you Pi.

I think I am not.

For whatever reason you're stuck in a way of life you don't belong in.

I am in a box made of gold and diamonds.

People like you are capable of using your mind over matter to accomplish great things in this life. Your unique position allows it.

Oh sorry that I have to disappoint you ..what more can I ask than what I have and I have a lot believe me.

You're like a piece of sliver in the garbage dump Pi

God made you a beautiful individual, inside and out, but because of the circumstances he put you in, your beauty shines brighter than most.

Do you think so?

When one person say to you "Thank you" that is half heaven.

When the second person says "Thanks" that is almost paradise.

When the third says "Beautiful" then Paradise is on Earth.

The rest doesn't matter....at all!

posted on Dec, 4 2012 @ 02:45 PM
link
Even though the world behaves as if some of the things I think and believe are ugly, I know they are beautiful and it is the world's misunderstanding and fear passed down almost unconsciously from generation to generation that makes it look ugly to them. I have no need to forcefully express these things to those who view them as ugly as I have my mind as my "kingdom"... where expression is allowed to be honest and free.

Whatever assets my "kingdom" produces that is of interest to the world I am happy to share, and vice versa. I will not invade the world, and the world is not permitted to invade the "kingdom" of my mind.

Beautiful expressions from both of you so far. Thank you.

Originally posted by piequal3because14
In the end....

When one person say to you "Thank" you that is half heaven.

When the second person says "Thanks" that is almost paradise.

When the third says "Beautiful" then Paradise is on Earth.

The timing of our posts is beautifully uncanny.

The timing of our posts is beautifully uncanny.

Let me make it a quote

"The timing of our posts is beautifully uncanny."

Someone once have said that I do not exist...I still try to remember where was that and in what context.

I can be looked for but I will never be found.

Light cannot be captured in a box,the light can only shine.