Word has it (from a NASA Media Alert) that MESSENGER, the first spacecraft to orbit Mercury, has observed something new and interesting on the first planet from the Sun, and we're going to cover the official announcement from NASA live!

... Watch the press conference live as it unfolds on NASA TV at 2 p.m. EST (and enjoy their regular broadcast before then)

No idea what the announcement is, but the post had a Ustream feed for it and it starts in a few minutes.

Mods, if this isn't in the right forum, please feel free to move it.

How funny would it be if they found life on the hottest planet in our solar system before finding it anywhere else. Maybe it's home to lava people or something?

posted on Nov, 29 2012 @ 01:07 PM
link
It will be a unique geological feature, fascinating to geologists, interesting to space buffs like myself, UTTERLY BORING to the general public...

Apparently around 1 trillion metric tons of ice!
edit on 29-11-2012 by scobro because: (no reason given)

posted on Nov, 29 2012 @ 01:09 PM
link
Pretty sure they are saying that they have found water ice on the poles of Mercury. Which is pretty crazy.


We'll have to bomb a crater and film it to make sure.

posted on Nov, 29 2012 @ 01:13 PM
link
compelling evidence for ice on the poles. It was speculated about a number of years ago, but now there is more evidence supporting it

Now the newest data from MESSENGER strongly indicate that water ice is the major constituent of Mercury's north polar deposits, that ice is exposed at the surface in the coldest of those deposits, but that the ice is buried beneath an unusually dark material across most of the deposits, areas where temperatures are a bit too warm for ice to be stable at the surface itself.

Thursday, 2:20 p.m. -- NASA announced Thursday afternoon that Messenger has found new evidence that ice made from water "and other frozen volatile materials" exist on Mercury.

On a serious note, I always assumed Mercury was to close to the sun to have frozen anything?


and the possibility of organic materials.

According to Paige, the dark material is likely a mix of complex organic compounds delivered to Mercury by the impacts of comets and volatile-rich asteroids, the same objects that likely delivered water to the innermost planet.The organic material may have been darkened further by exposure to the harsh radiation at Mercury's surface, even in permanently shadowed areas.

posted on Nov, 29 2012 @ 01:36 PM
link
A large rectangular door or obelisk, 3.5miles long. Think someone posted a thread on this. I wonder if they will reveal something similar. LoL

Nasa seems to be making a lot of discoveries lately. I wonder why?
edit on 29-11-2012 by andy06shake because: (no reason given)

posted on Nov, 29 2012 @ 01:43 PM
link
Water ice at both the north and south poles. Complex organic building blocks such as what led to life on Earth layered as dark deposits on some of the ice. They were just asked about the possibility of life and they danced around it but did not rule it out. Basically they consider it good evidence that water and complex organic building blocks that led to life on Earth are well distributed throughout the solar system.

100 billion to 1 trillion metric tons of water ice there...

Originally posted by MystikMushroom
NASA: Trying to stay relevant since 1988.

On a serious note, I always assumed Mercury was to close to the sun to have frozen anything?

Generally, it's our assumptions that stand in the way of new knowledge, for all of us, and for all of human history.

So don't feel foolish and I don't mean to single you out. Here we have the opportunity to UNLEARN enough factoids to allow a few new facts and ideas room to enter our awareness.

Ice on frigging Mercury -- it was always an attractive theory but there might have been OTHER even stranger causes of the radar returns. Ordinary ice is nice -- and almost TOO ordinary.

but no complaints -- a major science and exobiology discovery.

The down play of the mars announcement really pissed me off. I am actually going to ignore NASA and space travel news now. It´s just one let down after another. If it wasn't for the spectacular images of mars, I wouldn't have lasted this long. Considering how they are all filtered and screened a thousand times each, I don't even care for those anymore. The possibility of something truly amazing is just zero, so they can just go back to being the wasters of public money for crap no one cares about.

They had their chance and resorted to the same BS secrecy they are known for. Now, I just don't care.

I will speak out about spending a freaking dime on NASA from now on. It is just a huge waste of money when we have more pressing issues on earth. They can pay for their own toys and play time. We need the money for real people and real problems, not nerds on power trips.

screw you NASA, you are lame.

posted on Nov, 29 2012 @ 02:08 PM
link
They said the temperature ranges from 50 - 700 degrees Kelvin, with some areas at the poles in permanent shadow. They said wherever the temperature maps showed it was permanently cold enough for water ice there was strong evidence of water ice, and wherever it was borderline, there was water ice under layers of the dark organic compounds.

The hypothesis is that both the water and organic compounds likely came from comets and asteroids.

Probably the most important implication is that water and the organic compounds that are the building blocks of life are well distributed throughout the solar system in even the most inhospitable of places, and they mentioned that this is likely true elsewhere around the universe as well since there has already been evidence of water in other star systems.

Some of the variables in the Drake equation have been getting a serious bump up in probability I would say, with all of the latest discoveries.

Here's to you, Mercury! 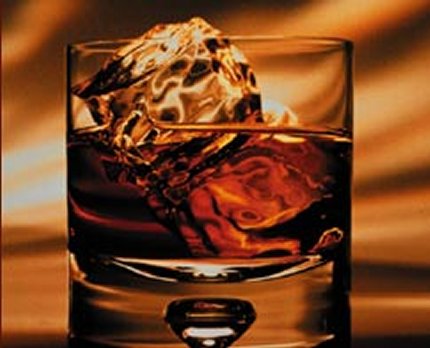 
Near the end of the press conference they mentioned already having plans for a potential future mission to land on Mercury to taste the water. Perhaps tongue in cheek on that last part, and obviously dependent on funding, but start stocking up on that scotch.