The splendor of a night like a thousand nights

posted on Nov, 29 2012 @ 02:27 AM
link
It is almost evening and a beautiful sunset in the horizon.Although it gets dark very early beautiful colors can be seen in the clear sky,red and yellow combined with light blue is dividing line between night and day. 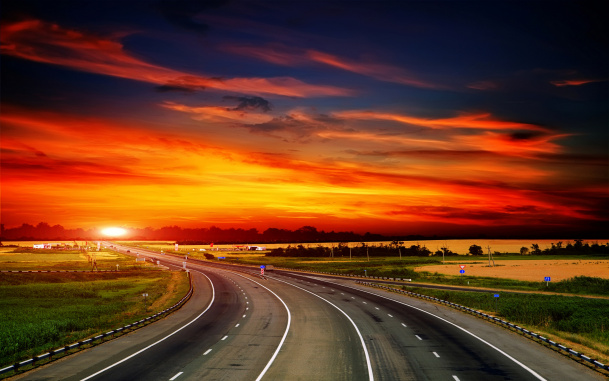 It is a little cold outside but not that cold as it should be.We are all in the open waiting for that something to happen.

Finally the sun is sinking in the night letting the stars to make way for the show waiting to begin.It's almost 10 pm.

Constellations can be seen in the sky and all the stars or somewhere like gathered in one place the bright galactic center.

That white light that can be seen clearly now looks like a highway a highway with many lanes where the stars move in both directions a highway of thousands light years away. 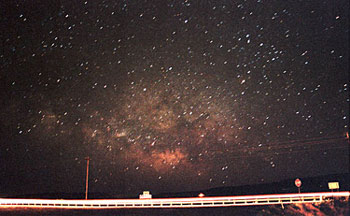 Is a show of light and color that can be seen over thousands of years .

That feeling of waiting for something to happen makes eyes to meet and read them to her questions.

The white light is brightening making the night looking like half day ,people are scared in a way, but they shouldn't.

The future has been changed as it should be and I see in their eyes that they understood what just took place.

That feeling for a second a sense of communion of consciousness, like in one second we all had the same thought and all existing evil suddenly disappeared.

People sing and dance in the street and embracing as best friends.

Tomorrow this world would be a different place where life on earth has been given another chance.

This was "The splendor of a night like a thousand nights".