posted on Nov, 28 2012 @ 12:49 PM
link
Living here in Hawaii has made it more clear to me than ever that being prepared is important. Having a plan and a kit ready for an emergency is especially important when you live on an island, will ensure your basic needs are met, is easy to create and assemble, and will help you avoid some of the chaos associated with natural disasters. 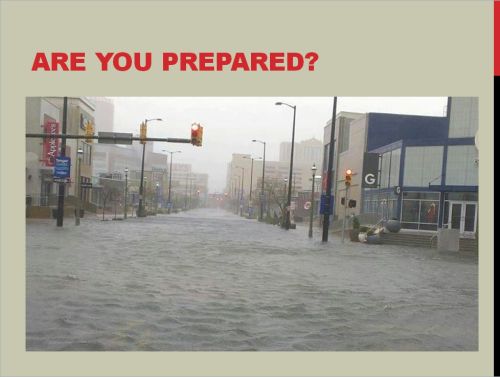 Imagine waking up one day to find that some of our modern conveniences like electricity and running water failed to function on cue. Better yet, imagine all of our modern miracles coming to a screeching halt for an unknown period of time. Would you be prepared? We've all had those moments where you feel like if you had just been a little more prepared you could have handled a situation so much better. You blow a tire and your spare is flat in the trunk; you run out of water on a long, hot, hike; the power goes out at night and your flashlight batteries are dead. What if these were real emergencies?

In the fable of the ant and the grasshopper, the ant was busy all summer gathering and storing food for the winter, while the grasshopper spent the days laying around playing music and singing. I probably don’t need to tell you what happened to the grasshopper that winter. I want you to understand why you need to be prepared for a disaster, how you can prepare yourself for an emergency situation, and what can happen when people aren’t prepared. I want you to go home tonight and start putting together an emergency plan and supplies.

Hawaii WILL experience a natural disaster sometime in the future. Locally we face obvious dangers such as volcanos, earthquakes and tsunamis. There are also less likely, but potentially even more disastrous events such as killer virus outbreaks, electro-magnetic pulses knocking out power world-wide, maybe even zombies. Whatever the disaster, a little bit of preparation can go a long way. According to the Federal Emergency Management Agency, Iniki was the most powerful Hawaiian hurricane on record. It smashed into Kauai with 145 mph winds and thirty-five-foot waves which came 800 feet inland. Kauai lost nearly 1,500 homes and another 5,000 were inflicted with heavy damage. Six people were killed. Many residents on Kauai were left without water and power for a few weeks or even months. We could experience another storm like hurricane Iniki without much warning. What if it hit Oahu? Would we be prepared? We are especially vulnerable here in Hawaii. We are isolated and our lifestyle is completely dependent on a constant supply of goods from all over the world. Highway damaged? Port shut down? Power outage? Any of these could cause a problem with getting resources and help to where it’s needed in an emergency.

Speaking of supply lines, let’s talk about the inventory control system used by most grocery stores and why it’s important to you. In the old days, supermarkets had large back rooms where excess inventory could be stored. This way, when the shelf was empty, more products could be pulled from the storage room and put out for sale. Modern stores use a different approach. In order to minimize the number of products sitting around not being sold, thus not generating profit, a “lean inventory” is maintained. This means there is no more stock in the back room of a store. Products are now only ordered when they are sold. As soon as you ring up one can of soup, one can is placed on order.

While it’s more efficient and profitable for supermarkets, for us a lean inventory means that once the supply lines get shut down, what’s on the shelves at the store is all there is on the island. And once that’s gone, we’re on our own.

You and your family will have needs that you will have to meet during an emergency. The infrastructure you are used to: highways, shipping lanes and ports, water, cell towers may not be active to provide you with basic supplies and services. Our infrastructure here in Hawaii is in bad shape. The demands of a rapidly rising population have far outpaced our ability to keep up. An article in the Hawaii Reporter points out some disturbing facts.
i. Between 2005 and 2009 there were over 300 water main breaks per year.
ii. Oahu has the worst rated roads in the nation.
iii. Our sewage system is constantly malfunctioning.

The good news is that making a plan is easy and anyone can prepare for an emergency.

1. Be prepared for long lines at the gas stations, or even pumps that don’t work. Always keep your gas tank as full as possible.
2. Your car has a trunk, use it to store a change of clothes, extra shoes, water, and tools.
3. Don’t rely on public transportation during an emergency.

You will need fresh, clean water daily! Keeping a supply of bottled water in the closet can make any emergency much more tolerable.
Make sure your first aid kit is well stocked and easy to access, even in the dark!
Keep plenty of non-perishable food, especially if infants and kids are around.
If you live in an evacuation zone, keep a backpack ready to go with clothes, water, food and whatever else you may need for 24 hours away from your house.
In case there is no power for an extended period of time, make sure you know where all of your flashlights are and have extra batteries close by.
FEMA’s Ready.gov website recommends that you have at least 3 days’ worth of food, water, and supplies.

I want to talk about the recent tsunami warning here on Oahu, and what can happen when people aren’t prepared for what turned out to be a minor event like this.

The Honolulu Star-Advertiser reported that “32 sirens statewide out of 379 (roughly 10 percent) failed to sound or were not working properly”. Thankfully, due to lessons learned from the tsunami, the state is upgrading the siren system from radio control to a more reliable system that uses satellites and cell towers. I had to leave my house, which is in a safe zone, to drive my wife to the Coast Guard station at Sand Island as soon we got the warning. As we were driving, about a half hour before the wave was supposed to hit, I saw several gas stations with lines of cars going around the block. The news on the radio said that fights were breaking out at gas stations and there was “panic” at the Kaneohe Safeway. There were four serious car accidents in one hour during the evacuation.
John Cummings, from the city’s Department of Emergency Management said after the recent tsunami, "Everyone has to be prepared, have a family disaster plan and maintain a well-stocked disaster supplies kit so you don't have to go down to the store and buy all this stuff while the sirens are going off, and unfortunately that's what a lot of folks did".
I want you to go home tonight and sit down with your friends, family, or neighbors and start coming up with a plan in case of an emergency. If you have a plan already, make sure phone numbers and other info is up to date. Revise it, make it better!
I hope I’ve given you a sense of how vulnerable our way of life is. Everything we take for granted like electricity, plumbing, and grocery stores could all vanish in the blink of an eye. Even minor events like the recent tsunami have the potential to disrupt our way of life if people aren’t prepared for them. Despite this fragility we can make it through any disaster with a little forethought, action, and cooperation.

posted on Nov, 28 2012 @ 05:01 PM
link
Hawaii really does see it's share of nature's wrath.
I've been looking at kerosene heaters recently. That's probably my next purchase.

posted on Dec, 1 2012 @ 04:07 PM
link
Not to be all doomsday, but it says in Revelation that all of the islands are destroyed by the earthquake at the end. Maybe move when the antichrist shows up LOL

posted on Dec, 2 2012 @ 12:15 AM
link
I've been drilling my family over and over, trying to at least "delay" the time between the onset of disaster and our compulsion to "go to the store one last time."

I think that when an emergency statement is broadcast, the American response is to go shopping.

You see it in snowstorms, tornadoes, hurricanes, etc. People decided that NOW is the time to top off the tank and pick up a load of bread....

I think the pharmacies will be the worst.

I think that when an emergency statement is broadcast, the American response is to go shopping.

It's funny because it's true.