The Extermination of the white race

posted on Nov, 27 2012 @ 09:01 AM
link
Before i start i will answer 90% of all the questions with one answer.
Yes white people are a race no matter if we are British ,Russian, south african,ect..we are a race of white people.

With that said in today's time's with all of the multiculturalism and mix breeding and the idea we are all people.
I agree we are all people and all want love.
But the White race is disappearing at a alarming rate sure there still here but there 50/50 and let's use our president as a figure head here he is our first Black president.

Same thing happens with every mixed baby born.I have 3 kids all mixed they fill in black/African american on paper's not white.So do not take this as i hate certain race's...i do not.

But the fact remains at the rate we are mixing our own race out of existence i give us maybe 50 to 75 year's before we are a endangered species.

Even if my daughter decide to marry a white man and have a baby..the babies will still be black in EVERYONE'S eyes even on her birth certificate it is labeled so.
and same goes for my sons.Again nothing wrong with that i love them the same..But the point is millions of years of my white breeding is gone for ever.It took millions of years for me to be born white because none in my family tree mixed.
But i broke the mold and threw away what millions of year's of my family tree never did for love.
Selfish of me in a way if you think of it that way.
I was the only son of my father..the family line stopped and started with me...
I look at my kid's i DO NOT see my father or mother or me in them or even a long lost grandparent..
So in a way my family tree is dead and now there is a big fork where a white family turned black.


This is happening all over the world and people do not think in long run what you have done.
Once you mix you seed with another race you have a hybrid.It will never be white it will always be the race of the counterpart.

I am not saying it's wrong to love someone of another race and respect them and even have mixed children.
Just think hard before you do it..as you the white person throws away Your white heritage Your partner does not..So in a way that relationship is one sided from the start.


People who reported a background of mixed race grew by 32% to 9 million between 2000 and 2010. In comparison, single-race population increased 9.2%.

134% growth population via the census.
How long at this rate do you think the extermination of the white race in america is fulfilled?
10 year growth of mixed was 32%..vs same race 9.2%..at these number's there will be only one race of people all mixed breeds in 75 to 100 year's in america.

Take it all in with out racism please..and try to understand i am just pointing out we are destroying all of our heritage by doing this..and if you are ok with it and consider love more important that millions of year's of your heritage So be it .....i did it so i can not throw stone's as i live in a glass house here.

Arn't most of the immigrants losing their culture and language when they come to western countries? i know many kids that are born to immigrant family in 2000s knows only 1 language, English.

There is still approximately 20.25% of the world population are "white". Do you know how many are less than that and are dieing due to poverty?

Last i checked its individuals choice on who they marry.


But the fact remains at the rate we are mixing our own race out of existence i give us maybe 50 to 75 year's before we are a endangered species.

posted on Nov, 27 2012 @ 09:28 AM
link
Hmm... Considering the white race has caused more calamity and injustice throughout history than all other races combined; I feel it's good riddance. BTW I'm white, but I've just been raised in such an incredibly racist environment(rural Georgia) that I cannot stand it anymore. I for one say good riddance to the white man, and welcome our new caramel skinned brothers.

posted on Nov, 27 2012 @ 09:32 AM
link
So what?
I'm white but I consider that just a quirk of fate.
I might have been born a different color.
But the fact remains it doesn't matter so long as were all born and raised as humans.
The sooner we can forget about non-issues like this the better off we'll all be.


I wonder what the colour of the final race is going to be.... i mean... if i go with Chinese and the Indians(the 2 highest populations... we will all be beige coloured?:


Yup.. we all gonna look like tanned people with black hair... lol 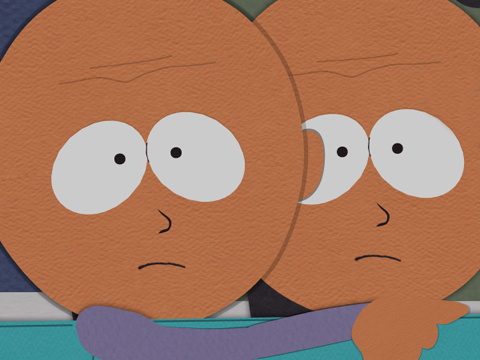 Seriously, though...you bring up a few good points. Europeans have much lower birth rates too. Maybe you're right, the white man may become more and more rare..

But I don't think that's really any cause for panic, and there won't be any serious threat of "extinction" for a few hundred years anyway, which by then we'll have genetic engineering so your kids can come out as pale as a polar bear if you'd like.


I’ve read that the human race will look a lot like today’s Brazilians in 200-300 years (if we make it that far). So you can say that the black race is disappearing as well.

I'm all for it as mutts are usually healthier than purebreds.

It also depends upon what genes are stronger and what are recessive within the fetus.

There are fewer redheads being born nowadays as well.


Sorry. Misread your OP, thought you said you were black, but it's just your kids? So your creating hybrids too, and contributing to your races dwindling numbers?


You should be ashamed of yourself. Soak up more of what you see on TV and feel sorry for people that do not deserve it. As you bury your head in the sand, feeling sorry for being you, the fake society/culture passes you by.

The thread starter makes a very valid point. We hear all the time about the blacks' struggle, but as soon as a white man opens his mouth he gets bashed for being racist or taking things for granted. I personally think the whole racism thing is FAKE, a setup by those who are truly in control. This empowers the non-whites to a point of having an ADVANTAGE in society, especially america. Can a white kid get free school from the color of his skin? NO!! Can "minorities"? YES!!


Thats pretty much is... i don't see the sense is saving a skin colour... i mean, i think our goal in humans to produce a being that can withstand environment.... i looked at humans as our plants in our backyard... we preserve the good ones and pass that on.

If i had a choice at birth, i would pick a slightly darker skin tone, enhanced protection from sun, pick and choice from other races... this is what it would be at the end.... a better human.

One of my ex was not of my background, my parents(well mostly my mom) did not like that, obviously, they brought up in a conservative type of environment, and not exposed to different colour of people.

If you have skin and a heart beat, I love you.

(Maori by the way, married to an Irish lass, resulting in 2 Aussie kids - God bless multiculturalism)

posted on Nov, 27 2012 @ 09:51 AM
link
And we care why? WE are all human beings regardless of color, we bleed the same blood, breathe the same air and all have the same anatomy "give or take a few pieces or parts . Its hard to believe its 2012 and we still have this type of thinking.

and yes I am White.

posted on Nov, 27 2012 @ 09:52 AM
link
That's probably what the last of the cavemen said when modern man was taking over. "We're losing our caveman heritage!"

posted on Nov, 27 2012 @ 09:54 AM
link
Hedonist whites, refuse to have enough children to maintain their demographic. It is evil white men that have run the planet into a huge mess. I am white and have no regrets for the disappearing, so called, white race. The colour of one's skin is of no consequence, it is the soul that is of significance. There are plenty of meaningful problems to occupy our concerns, without the nonsense of the disappearing white race. We don't need humans designated by the colour of their skin, unless we are white supremacists. These creeps can find another planet, this one is moving on up.

posted on Nov, 27 2012 @ 09:55 AM
link
What's the problem? This is the inevitable outcome of globalization and open borders. So what? Are you insinuating that one race is superior to another? Or are you afraid that the "hybrids" are going to be better than the sum of their parts?

There are still people living in these places and as long as they do, they will continue to exhibit the traits required to live there...as long as Norwegians and Swede's continue to live in the frozen north, there will still be white people...
edit on 11/27/2012 by Jeremiah65 because: (no reason given)

posted on Nov, 27 2012 @ 09:55 AM
link
I am a proud african-american-italian-chocktaw indian- Irish American and will be addressed as such!
Give me a break.

I've always believed it's all about a social acceptance of how we collectively conduct ourselves, primarily based on our respectable morals and standards....culture, not skin color.

I could see us in several hundred years, possibly being united as a 'one world' melting pot, each a blend of everyone else. One race of a people could potentially produce global harmony, and we would be shades of caramel.

Why does it even matter? We're still people. We're still the "human" race.
I "mixed" with a native Indian - a truer Canadian than I, and my son has the nicest dark skin - healthy looking.

Maybe people will all get along better without the polarizing statistics the USA likes to put out there on Black vs White vs Asian , etc.

I look forward to that era.


I'm so tired of this argument. As i said I live in the DEEP South, I have heard your rhetoric used many times throughout my life, and I can say that it is a very racist statement. You hear about the black struggle because guess what? The African Americans ARE struggling! I'm not saying that whites don't struggle or that they are just riding high on clouds of joy. i'm just saying that I've seen true racism and it doesn't hide very well behind rhetoric such as the statements you've made.

In modern times we live in we have thrown all that out the window to systematically destroy especially the white race.
Yes other race's are evolved...But that is my point in a way...No matter what you mix white with it's always considered the opposite race.
white/black...Is a black
white /Chinese..Chinese
white/Spanish=Spanish

So any way you look at it by white's mixing at a alarming rate. in no time a blink of a eye we will be extinct.