Geophysicists at University of California, San Diego (UCSD) have identified a unique phenomenon in Altiplano-Puna plateau, located in the central Andes near the borders of Bolivia, Chile and Argentina.

Diapirs have been known to exist before, but this new study is the first to recognize an active diapir currently rising through the crust. Fialko said a less prominent uplift phenomenon is taking place near Socorro, New Mexico.


The above image is from Radar data from ERS-1, -2 and Envisat show a central uplift of about 10 mm per year near the Uturuncu volcano (dark red). The surrounding region shows a slower subsidence at a rate of about 2 mm per year (blue). Data were acquired 1992–2010. Scientists refer to the deformation pattern as the ‘sombrero uplift’. Credit: Y. Fialko, SIO/UCSD.

The Altiplano-Puna plateau is a highly active area for magma and is part of a South American volcanic arc that extends along the northwest side of the continent. Experts have described the area as the largest known active magma body in Earth’s continental crust.

posted on Oct, 15 2012 @ 02:53 AM
link
This is serious, I know the area and there are many sleeping volcanoes there. If the area gets active, it will affect hundred of thousands of people from Argentina, Chile, Bolivia and Peru.

Also keep in mind that right in front of this, is the Nazca Plate. I'm not an expert, but...

Thanks for the post. Later I will send the info to my friends over there, they probably don't know yet.


Lets wait and see when the pimple is going to burst..


Yes.. It is very likely to happen.. Not sure how long it takes.. if it awakes the sleeping volcanos around that area.. the result will be devastating.. The problem is we can't do anything to prevent it from happening.

posted on Oct, 15 2012 @ 04:03 AM
link
This may or may not be a real imminent danger. For instance, Yellowstone caldera has risen and fallen several times over the years that the YVO station has been monitoring it. It does bear serious watching though.

A team of geologists has identified one of the largest magma bubbles on the face of the planet, and delightfully, it happens to look like a giant sombrero. A bubble of superheated magma 62 miles across is constantly growing and rising in the center of the geologic uplift, while all around it, the rest of the valley sinks incrementally lower each year, turning the sombrero uplift into the new Most Awesome Geologic Phenomenon.

Some may think the magma bubble’s size may mean disaster in the near future. To date, the magma bubble has shown some violent activity that resulted in shaking in the area around the site. This coupled with its size suggests the magma could be dangerous. The geologists involved, however, do not believe the bubble will burst anytime soon, making it safe for the time being and allowing them to continue their studies.


It is very hard to tell when that bubble will burst.. But geologists believe that this isn't going to burst anytime sooner. But it may give them some New information. They want to find out how Supervolcanos are forming. I am not sure what they are going to do with the finding, as we can't do nothing about it.

posted on Oct, 15 2012 @ 09:28 AM
link
there are actually several threads concerning this volcano/area.
Just look for 'Bolivia super volcano' in the ATS search

how can you post something as awesome sounding as this without posting a picture??

The article also says that scientists believe there's no immediate danger of eruptions:

Since the magma motion is happening at a great depth and at a fairly slow rate—the earth’s surface rises at about a centimeter per year or roughly the rate fingernails grow—there is no immediate danger of a volcanic outpouring, the researchers said.

But it's of course something very interesting to be observed:

The researchers have attributed the observed steady motion and sombrero-shaped deflection of the earth’s surface to a large blob of magma, called a “diapir” in geological terms, forming on top of the Altiplano-Puna magma body. Diapirs have been studied using geologic records in rocks frozen many millions of years ago, but the new study is the first to identify an active magma diapir rising through the crust at present day.

I agree this is a pimple...Earth is a living creature.

The details of the study, which was funded by the National Science Foundation, are published in the October 12 issue of the journal Science.


Lets wait and see when the pimple is going to burst..


Shame we don't have the technology to "lance" that sucker.

Originally posted by happykat39
This may or may not be a real imminent danger. For instance, Yellowstone caldera has risen and fallen several times over the years that the YVO station has been monitoring it. It does bear serious watching though.

In the case of Yellowstone, it is caused by gas and water, no magma.

how can you post something as awesome sounding as this without posting a picture?? 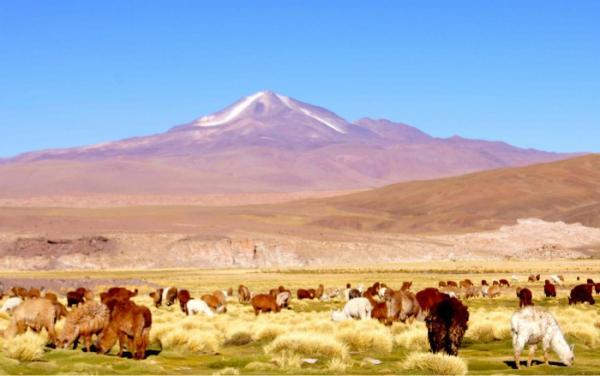 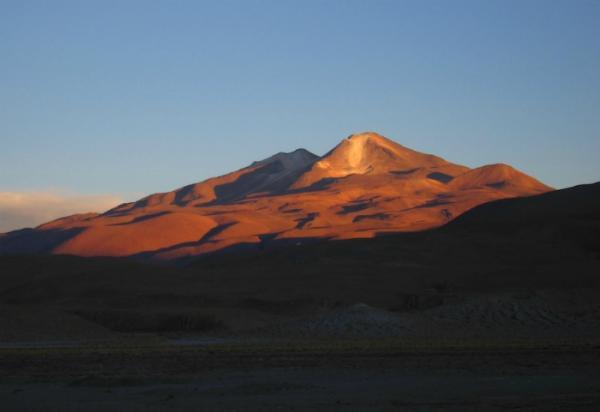