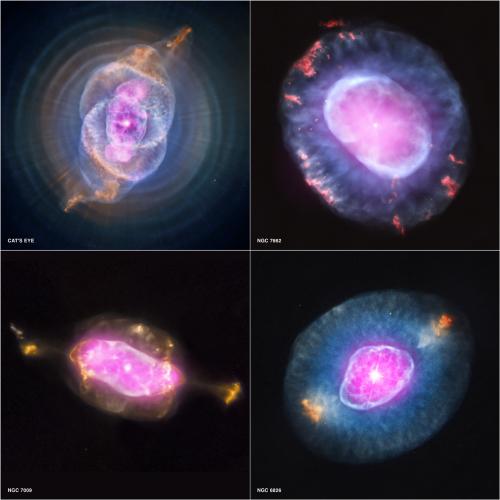 ahhh the beauty of an xray universe,


A planetary nebula is a dying star (recently a "red giant") that has cast off its outer layers. The newly exposed, hot core of the star (which will eventually become a "white dwarf" star) illuminates these ejected layers, while the core's fast winds sculpt the material into a variety of shapes. The resulting dazzling objects, bearing names like Cat's Eye, Lemon Slice and Blue Snowball, are favorite targets of optical and near-infrared telescopes.

stunning images, and its like "peeling" through the dust to see the insides

A dying star weaves a spiral in the night 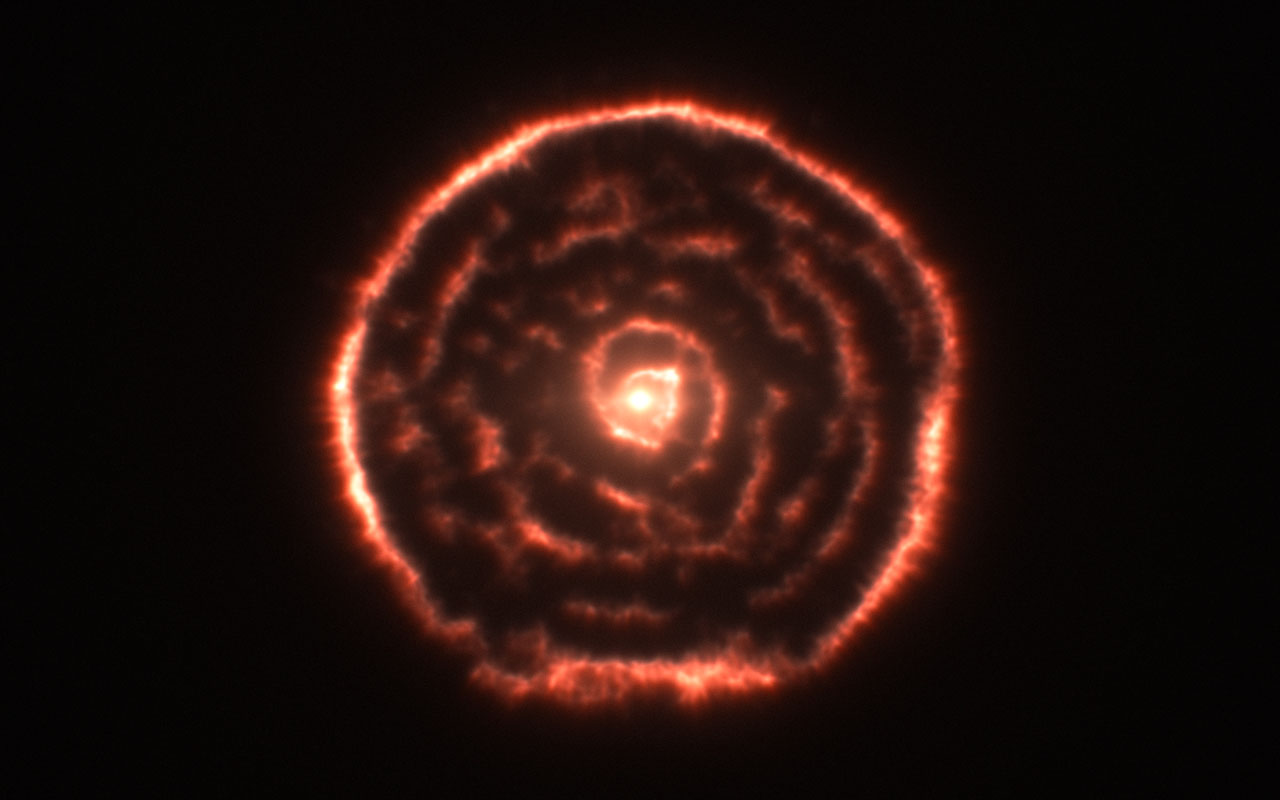 The number of ways stars can find to die bizarre deaths will never cease to amaze me.
Some explode, supernovae which blast radiation across the Universe. Others fade away slowly over hundreds of billions of years, longer than the cosmos has been around. Some blow off winds of gas and dust, taking on strange shapes from perfect spherical shells to elongated structures that look like two jellyfish kissing.
And then some – a very few – are like R Sculptoris, a red giant on the thin hairy edge of death. And its death is both spectacular as well as just plain old damned weird.

This is not a drawing! It’s actual data, observations of R Sculptoris made using the Atacama Large Millimeter/submillimeter Array (ALMA). ALMA looks at light far too low energy for our eyes to see; it’s actually out past infrared in the spectrum. Cold dust and gas emits light at this wavelength, including carbon monoxide. That molecule is created copiously in red giants and shines brightly in the submillimeter, making it easy to see with ‘scopes like ALMA. That’s nice, because CO can be used as a tracer for other, harder to detect molecules like hydrogen. Looking at CO really tells you a lot about what’s going on in the gas and dust.

the universe really is interesting in other "wavelengths"