Spain Standing Up To NWO [Amazing Inside Video]

posted on Oct, 10 2012 @ 09:40 AM
link
As the MSM ignores events in Spain, one could argue there is good reason for doing so! The Spanish people are coming together all over the country to protest the banking cabal that controls their government.

This video should give hope to everyone all over the world, as the people, the human beings living in Spain are genuinely standing united against those who seek to take away the nation's wealth from the people-

This is a powerful video, the police are using brutality but the crowds just keep getting larger as it brings people together at an increasing rate.

The world should look to the Spanish people for inspiration. What's happening there is what will come here and arguably already has. See that the people are the majority and have great power when they stand united and do not put up with the austerity measures that punish the average person for the mistakes of the elite.

The people have woke up to challenge what is going on- 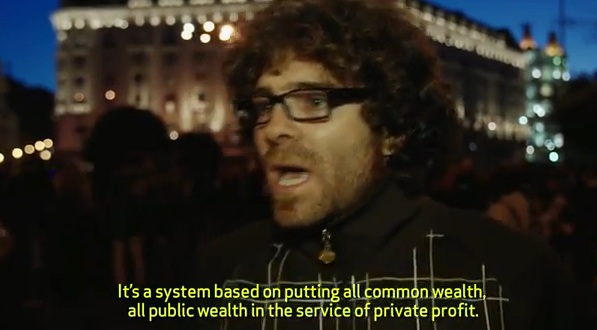 People are coming together to protest, they are united and collected- 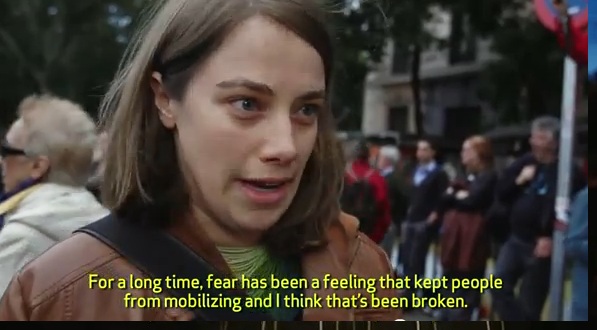 We may seem divided in this world, but we are all in this struggle together, and the Spanish people at least, are coming to realise this- 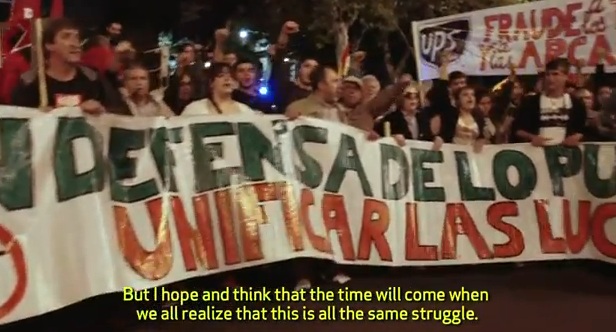 There may be some who believe that events in Spain are a test,- that perhaps the elite are applying much worse austerity in Spain to see how far they can push the people before they come together and turn on them? It could well be they are experimenting on the Spanish population- how much will the people take before uniting and standing up for themselves? Even if that is the case, then the elite will be worried, because Spain has come together, they are united and showing the power of the majority over the minority who seek the NWO.

To show the power of the people, who do not need to use violence but just use their collective numbers and stand together-

There's no need for violence- just enough people to come together and stand up, for the people are the majority. Spain shows that there is a collective conscious, it explains why the elite work so hard to distract us and divide us because when we are together, the elite are weakened.

posted on Oct, 10 2012 @ 09:51 AM
link
For as long as the sun is priced and sold will this continue. These people might come together but their unity is an illusion. For as long as the illusion of ownership is perpetuated will this continue. I am not heartless but nor am I ignorant. A resolution will be reached but it will be the same wolf in new skin. Thanks for sharing.

posted on Oct, 10 2012 @ 10:36 AM
link
Mass protesting sends a message, but what really needs to be done is follow Iceland's example. For every and any country to get these evil aliens (the PTB) off your back, all you need to do is kick out the international banksters, the economic hitmen, and Monsanto. Then ban them forever. Then the sovereign nation can proceed with the daily business of productive life for all.

Originally posted by Saucerwench
Mass protesting sends a message, but what really needs to be done is follow Iceland's example. For every and any country to get these evil aliens (the PTB) off your back, all you need to do is kick out the international banksters, the economic hitmen, and Monsanto. Then ban them forever. Then the sovereign nation can proceed with the daily business of productive life for all.

Iceland is an inspiration but you think if the bankers and economic hitmen are 'kicked out', that will suffice? You think they won't find other ways to continue bending the ears of evil politicians and striking deals to gain control of the only wealth that really exists, wealth generated by the sweat and toil of the individual?
edit
edit on 10/10/2012 by teapot because: sp/format
extra DIV